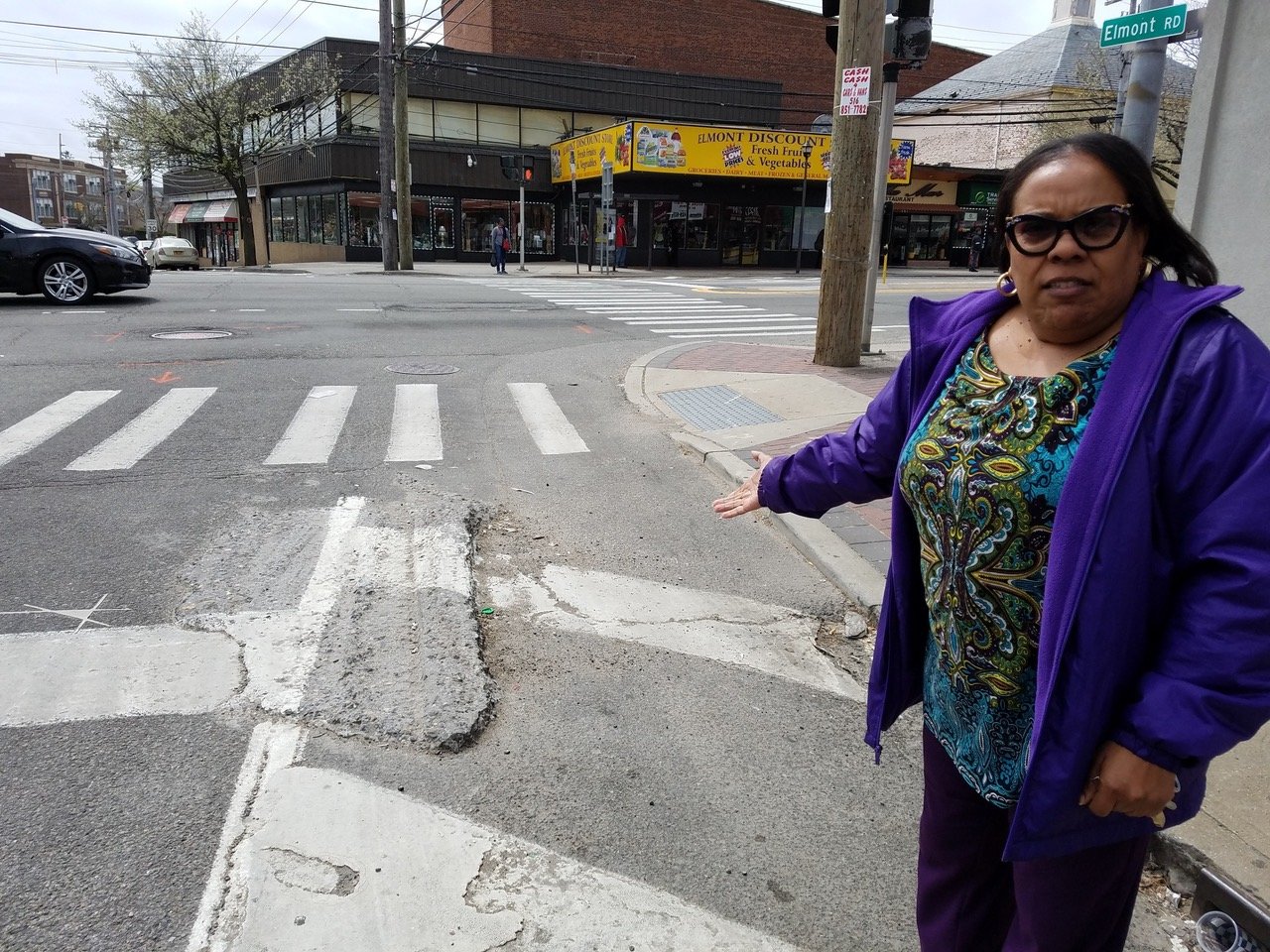 After the Supreme Court overturned a century-old state law that required gun owners to provide proof of their need to carry firearms for self-defense, Elmont community advocates expressed concerns about safety despite the virtually nonexistent gun violence locally. They pointed to the potential breakdown of trust among residents because of uncertainty about the presence of weapons.

“It makes you change your whole thought pattern,” said Claudine Hall, president of the Jamaica Square Civic Association and Improvement League, adding that she believed that overturning the law would make even communities unaffected by gun violence, like Elmont, less secure.

“I don’t want to walk around the world nervous or scared — and not only in Elmont, but anywhere,” Hall said. The ruling, she explained, would make her more concerned about doing things like honking her horn or standing up for herself in public, for fear that someone might be carrying a concealed weapon. “Bullets don’t have names on them,” she said, reasoning that innocent bystanders, namely the elderly and children, face an increased risk of gun violence as a result of the court’s action.

Hall stressed that Elmont — where there have been only three reported shootings since 2014, according to the Trace, a website that tracks gun violence in the U.S. — is not prone to gun crimes. The number of shots fired in Elmont has consistently been zero, she said, every month since 2017.

Despite that, a program called Shot Spotter, which helps police find the source of gunfire by triangulating its sound with sensors mounted on utility poles, was rolled out in Elmont by the Nassau County Police Department in March 2017. Hall and many residents have voiced opposition to the program since then, and consider it unhelpful in the larger effort against gun violence in Nassau County.

“I don’t want Shot Spotter in my community, first because it downgrades the community and second because there’s no need for it …,” Hall said. “Put it in a community where there’s a high volume of shots fired.” She said she believed the technology’s mere presence dissuades businesses from opening in Elmont, and lowers homes’ property value.

The technology, Hall continued, was rolled out in mainly majority-minority communities in Nassau County, including Roosevelt, Uniondale, Hempstead and Elmont. “We’re a minority community, but we’re not a gun-violent community,” she said, rejecting the notion that communities of color have higher rates of gun violence.

State Assemblywoman Michaelle Solages said that gun violence is a particularly pressing concern for communities of color in the form of hate crimes, especially following the mass shooting at a Buffalo supermarket carried out by a white man in a predominantly Black community.

Gun violence is a concern in areas near Elmont, Solages said, pointing to the shooting at a Stop & Shop in West Hempstead last year as an example.

Community advocate Mimi Pierre-Johnson also said that the Supreme Court ruling would reduce trust among residents. She said she knew a few residents who own guns, and contended that the ruling would makes the community less safe because it would be harder to know who is carrying.

“It divides more and more of our citizens,” Pierre-Johnson said. “We now have an extra layer of not trusting each other … We’re going further and further away in trying to unite people rather than trying to come together to fix our communities.”

Solages said the ruling was dangerous and ill-advised. She and other members of the State Legislature were expected to vote soon on a measure to prohibit carrying firearms in public settings such as colleges, hospitals, libraries, public transportation and other “sensitive areas,” and to allow business owners to decide whether patrons can carry concealed weapons inside their business.

“Loosening the requirements for conceal carry is just a dangerous situation,” Solages said. “We need to ensure that people are using this right in a safe way.”

All three women noted measures they said would curb gun violence, including increased mental health resources, and more intensive background checks and requirements for training to own a firearm.

“No matter your political affiliation,” Solages said, “we all want to make sure our communities are safe.”