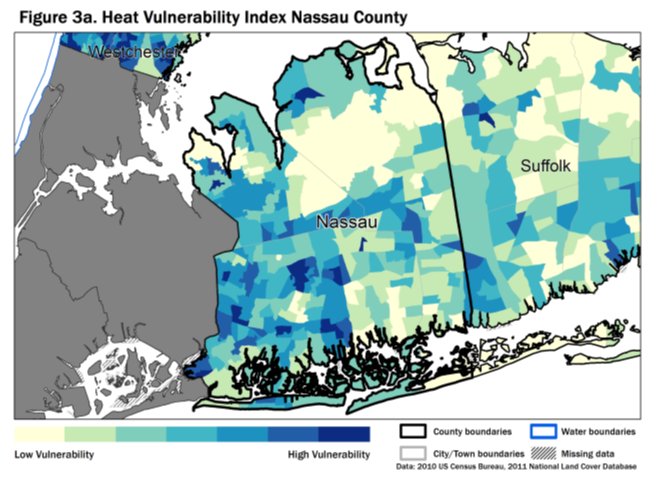 Whether that's at home or at cooling centers, the danger of heat-related illnesses is a very real concern as climate change continues to cause hotter summers.”
State Sen. Todd Kaminsky
By Robert Traverso

Franklin Square, Elmont and other areas across Nassau County are taking steps to protect elderly residents and other vulnerable populations from extreme heat this summer.

Extreme heat, defined as “Summertime temperatures that are substantially hotter and/or more humid than expected or typical for a specific” by a report conducted by the New York State Department of Health on the effect of high temperatures on vulnerable populations, is on the rise in Nassau County. The report, titled “Heat and Health Profile Report: Nassau County,” found that “Summertime temperatures in NYS have been increasing for past several decades and are predicted to continue to increase along with more frequent and intense (extreme heat events) over the next century.”

The report stresses that high temperatures and exposure to extreme heat can lead to adverse health effects for vulnerable populations such as young children, outdoor workers, socioeconomically disadvantaged populations. The elderly are especially at risk, as the EPA found that since 1999, people 65 years of age or older have been several times more likely to die from heat-related cardiovascular disease than the general population.

“Direct impacts of extreme heat on health include heat-related illness (heat cramps, heat exhaustion, or heat stroke) and even death,” the report found. “Exposure to extreme heat can also exacerbate pre-existing conditions like cardiovascular, respiratory and renal diseases.” Individuals with chronic medical conditions are at high risk for heat-related illnesses and should avoid exposure to high temperatures.

July, as the New York State Department of Health report notes, is consistently the hottest month of the year in New York’s region.

State Senator Todd Kaminsky emphasized the real-world impact of rising temperatures on Nassau County residents. "The high temperatures and humidity that have been affecting our region is no small matter, and it's extremely important that Nassau residents — especially our senior citizens — take extra care to stay cool,” Kaminsky, who serves as the chair of the Environmental Conservation Committee and a member of the Senate Health Committee, said.

“Whether that's at home or at cooling centers, the danger of heat-related illnesses is a very real concern as climate change continues to cause hotter summers. I encourage all residents to take the necessary steps to stay safe this summer,” Kaminsky added.

Earlier this month, as reported by the Herald, Nassau County opened three cooling centers to the public. The county also offered these tips for residents to protect themselves and others during from extreme heat: Check on relatives and friends, especially the elderly. Increase time spent in an air-conditioned environment. Drink fluids, especially water. Avoid beverages that contain alcohol. Take cool baths. Individuals especially at risk, such as the elderly or those with chronic illnesses, should refrain from physical activity, avoid being alone, keep their sleeping area well ventilated and avoid falling asleep in a hot room. Eat light, but nutritious foods. Avoid the sun at the hottest times of the day. Wear a hat and light, loose-fitting clothing.

"With the temperature set to rise, the combination of heat and humidity can become unbearable and dangerous for many of our residents," Nassau County Executive Laura Curran said. "I encourage all residents to take precautions and visit one of our cooling centers if they need relief from the heat."

The cooling center at Elmont Senior Center is open to the public, and the addresses and contact information of other Nassau County cooling centers can be found here: https://www.health.ny.gov/environmental/weather/cooling/. Environmental heath public tracker.