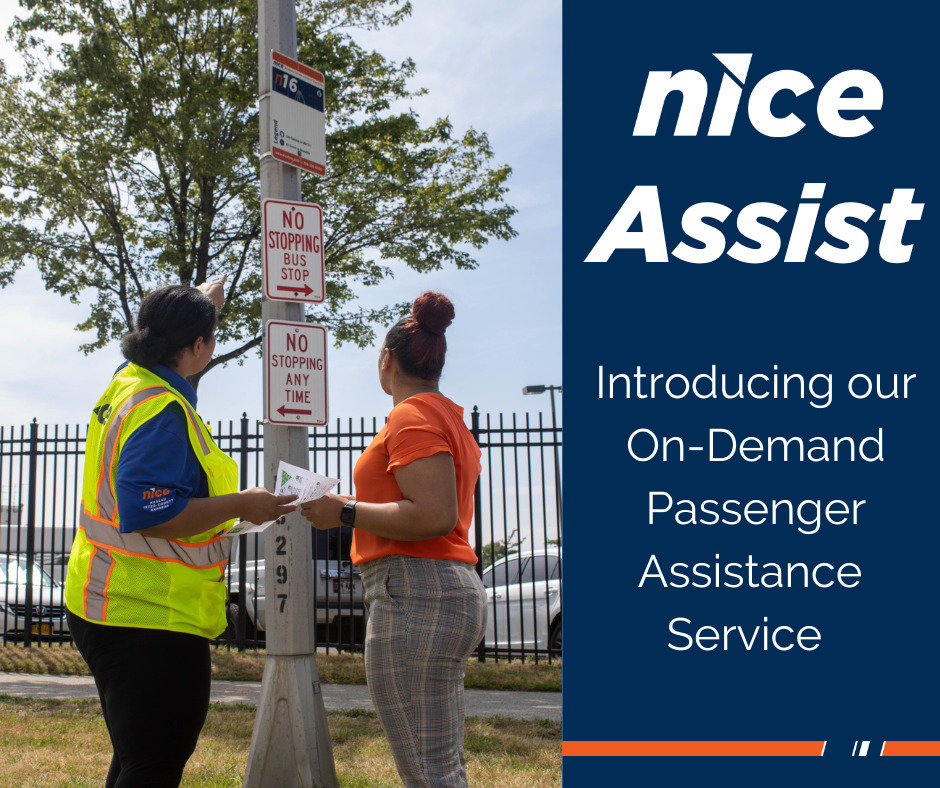 Nassau Inter-County Express bus service unveiled what it’s described as a more individualized service for riders with questions, concerns or even anxieties regarding the public bus system.

With support in both English and Spanish, NICE Assist is primarily designed for those using the system for the first time, including people who might not get around too easily otherwise, or simply would-be riders who have just moved to the region, or are exploring taking public transportation for the first time.

Being new mass transit "can be challenging and intimidating,” said Jack Khzouz, NICE’s chief executive, in a release. And while NICE is fully accessible, Khzouz says he understands this type of “invisible barrier” may prevent some from taking a bus.

“NICE Assist is meant to ease transit anxiety and gain confidence by answering those questions with a personalized introduction to the system,” he added.

A NICE agent can make arrangements to personally meet a rider in need at a preferred bus stop and guide them through boarding procedures, fares, timetables, and even the bus service’s smartphone app, Khzouz said. The program also can be used to schedule a visit to one of NICE's transit hubs and learn more about the connections with other bus routes and other forms of transportation.