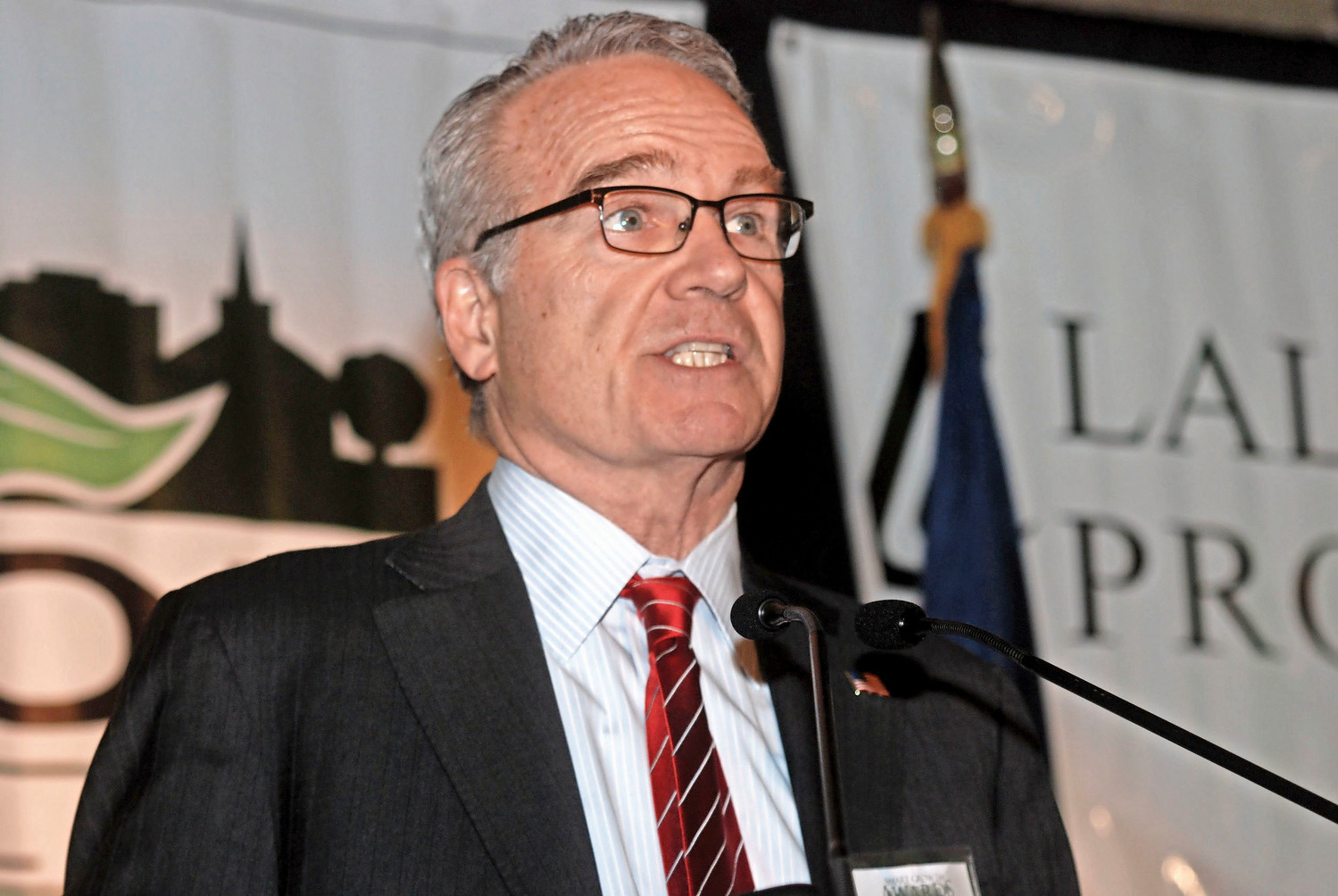 If property taxes continue to rise at the current rate, by 2035, 14 percent of a family’s [income] will go to property taxes.”
John Cameron Jr., Chairman, L.I. Regional Planning Council
By Timothy Denton

No one has to tell Nassau County property owners that taxes on their homes and businesses are among the highest in the state. Property taxes are so high, in fact, that they might not be sustainable.
Those were the conclusions of the Long Island Regional Planning Council in a new study, “Tax Alternatives for Long Island.” The council commissioned the yearlong study by the Public Finance Management Group and the National Center for Suburban Studies at Hofstra University. The study made no recommendations, but was intended to spur discussion on the issue of sustainability and outline possible alternatives to the property tax.
At one time, the property tax was considered a “progressive” tax — a high property assessment suggested a greater ability to pay. But it has come to be regressive, said John Cameron Jr. of Rockville Centre, the council’s chairman. Communities that are primarily residential or have small commercial tax bases end up subsidizing communities with larger commercial bases. For example, the value of the average home in Elmont is roughly $290,000; in Valley Stream, it is around $300,000; and in Garden City, it is just under $650,000. But school taxes in the three communities are $7,124, $7,168 and $11,425, respectively. As a percentage of assessed value, property taxes in Garden City are a third less than in the other two communities. The county is full of such disparities.
“In 2010, the council commissioned a report called ‘Long Island 2035,’” Cameron said. The report was to be a 25-year roadmap, assessing environmental, economic and social sustainability, and identifying opportunities and areas of concern, he said.
One section of the report stood out: Long Island communities depended far more on property taxes to fund government, compared with the rest of the country, Cameron said. In 2016, the year the current study was commissioned, local governments relied on property taxes for more than 57 percent of their revenue, versus 47 percent for the rest of the country, he said.


“If property taxes continue to rise at the current rate, by 2035, 14 percent of a family’s [income] will go to property taxes,” Cameron said. The tax cap has helped mitigate this to some extent, “but the cap only slows the decline. Even with the cap, by 2035, property taxes will still consume 10 percent of a family’s income,” he said.
In addition, taxes are higher in Nassau County than in the rest of the state. The Albany City Schools system has set its tax rate for the coming fiscal year at 1.33 percent. In the Franklin Square Union Free School District, the rate is 2.65 percent, and in Valley Stream District 24, it is 2.4 percent.
The disparity is more acute still when compounded by the tax-grievance system. Two houses on the same street that were built at the same time and with the same general characteristics might have widely differing assessments. And assessments have increased steadily as the economy continues to recover from the 2008 recession, Cameron said. This hits property owners on fixed incomes especially hard. Because of these factors, the council wanted to look at other areas of the country to examine ways that other municipalities found of reducing their dependence on property taxes.
Taxes fall into three broad categories, Cameron explained: wealth (usually in the form of real property), income or consumption. Where communities in Nassau have become excessively dependent on the first, communities in other parts of the nation have used a blend of revenue streams. For example, residents of New York City and Yonkers pay additional income tax. And the sales tax in New York City is 8.5 percent, versus 8.25 percent on Long Island. Raising Long Island sales tax one-quarter of a point would have yielded roughly $157 million in 2018, Cameron said.
Increases in excise taxes were also considered. Excise tax differs from sales tax in that it is not applied evenly to all goods and services. Alcohol and cigarettes are both subject to excise tax in New York. Some cities, such as Philadelphia and Seattle, have begun charging excise tax on sugared drinks. In January, Suffolk County stores began charging a 5 cent excise tax for each disposable plastic grocery bag.
“Excise tax is essentially regressive,” Cameron said, “because consumers don’t all have the same ability to pay.” But he thought that a tax on sugared drinks could be considered. Like alcohol and cigarettes, the beverages present certain health risks to their consumers and society as a whole.
An internet sales tax was yet another possibility. In 1967, the U.S. Supreme Court ruled that catalog or direct mail retailers can only collect sales taxes from purchasers who live in the same state as the retailer. In arguments before the court last week, the plaintiff in South Dakota v. Wayfair asked the court to overturn that ruling. The justices said no the last time they were asked. They have agreed to take another look, though.
None of these solutions would be enough on its own to stabilize Long Island taxes at a sustainable level, Cameron said. Together, however, “they might amount to a half-billion dollars.”
Some local governments are already looking at these possibilities. The cost of tax appeals hit the Village of Valley Stream so hard that its credit profile deteriorated. Moody’s Investors Service downgraded the village last month. Raising property taxes would be a quick fix, according to Village Treasurer Michael Fox, but it is an option that village officials want to avoid. Instead, “we’re looking at ways to both cut expenditures and increase revenue from non-tax sources.” The village is considering raising parking fines and the fees charged to use some public facilities, which have not gone up since the 1990s, Fox said.
Report an inappropriate comment