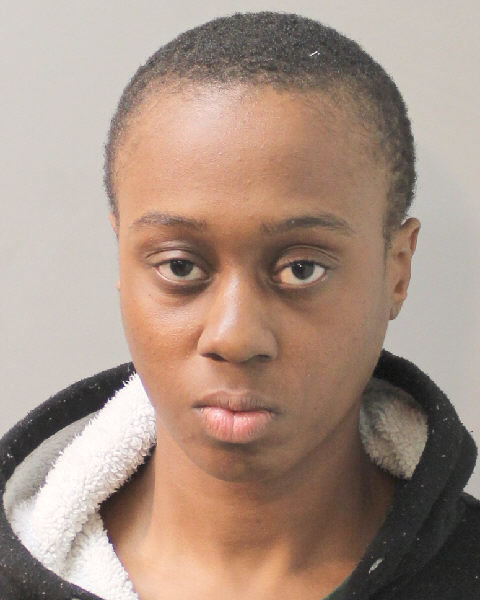 A Queens woman was arrested for allegedly damaging store property of a cell phone kiosk at Green Acres Mall, attempted larceny at a Walmart store, and assaulting a Nassau County police officer on May 8. The string of incidents first began when Raquel Asonye, 31, entered a cell phone kiosk store located at 2034 Green Acres Mall. Police said a heated argument between her and a store employee escalated, as Asonye proceeded to knock over a cell phone case display and fled the scene prior to police arrival.

At 12:16 PM, police responded to a larceny in progress at Walmart located at 77 Green Acres Road. Upon further investigation, police discovered the woman stealing the store merchandise matched the description of the woman from the earlier reported incident. As officers attempted to arrest Asonye, she began flailing her arms and kicking officers. Her attempt to resist arrest resulted in minor injuries to an officer’s right leg and hand. The officer was later transported to a local hospital for treatment.

Asonye is charged with second-degree assault, resisting Arrest, foruth-degree criminal mischief, and petit larceny. She was arraigned on Monday, May 9, 2022 at First District Court in Hempstead.