'She wanted to help people' 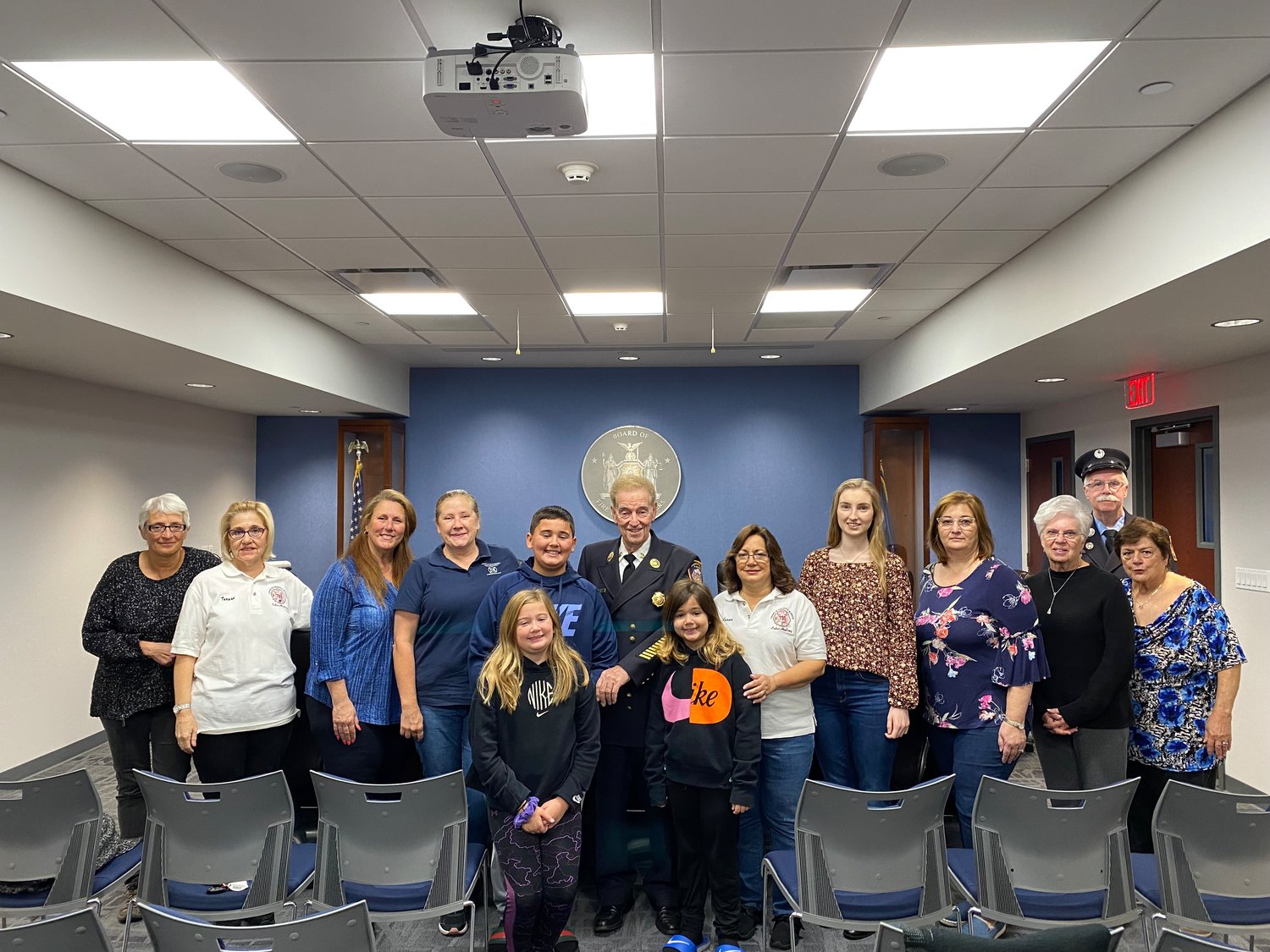 Fire Commissioner Dennis Lyons and members of the Women’s Auxiliary unit of the Franklin Square and Munson Fire Department held a commemorative event last Saturday to honor Lyons’s late wife, Arlene, who died of cancer last year, formalizing the creation of a scholarship fund in her name.

“It’s very emotional,” said Lyons, who was on the verge of tears. He created the fund, and donated about $10,000 to it, last October.

A former officer of the Women’s Auxiliary, Arlene Lyons was a 23-year member of the Fire Department. She died on Oct. 9. “My wife was very dedicated to the fire department and the ladies auxiliary,” Dennis said.

“She always wanted to pay it forward,” he added of his wife’s dedication to helping members of the community. "She wanted to help people … She would always say, ‘Why wait until somebody passes? Give them something while they can appreciate it.’”

Lyons, whose mother and daughter were also members of the Women’s auxiliary, emphasized that dedication to the Fire Department was something he and his wife shared. “It’s part of our family tradition,” he said. “It kind of became a part of our life. It becomes a way of life. You don’t do it every day for glory, you do it every day because you’re a volunteer, you do it to help the community, and that’s what we did.”

“The Fire Department is a family,” said Karen Mollish, another active member of the auxiliary and the wife of Fire Commissioner Chris Mollish.

Mollish recalled the aftermath of the terrorist attacks of Sept. 11, 2001, when her husband was working at the World Trade Center site, to explain the department’s camaraderie. While Chris was involved in the rescue and recovery effort, Karen said, Women’s Auxiliary members were collecting and donating items for victims’ families. “This was my family then,” she said.

“The ladies are a vital part of our department,” Lyons said, noting that their work ranges from crucial services at headquarters to serving hot chocolate when the department fights fires in the winter. “The ladies are nothing but an asset to the department. All they want to do is help, and we love them and couldn’t do it without them.”