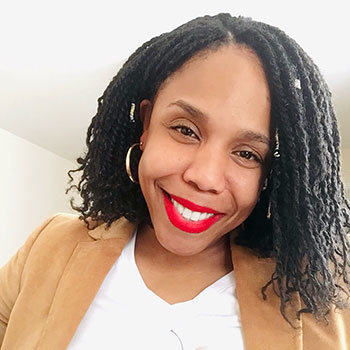 Laila Salles brings a depth of experience in dance and education to the West Hempstead School District.
Courtesy Laila Salles

I see the opening as an opportunity to use my skills as an artist and as a professional educator to serve the students and the district.”
Laila Sales, Director of Fine, Performing and Culinary Arts
By Kyle Chin

With the new school year officially beginning July 1 for Long Island school districts, schools are also welcoming a new slate of teachers and staff. This coming school year, the West Hempstead school district will welcome Laila Sales, the district’s new Director of Fine, Performing and Culinary Arts. With a deep background in dance, Sales hopes to bring her skills to open up new creative opportunities for West Hempstead students.

Sales holds an impressive background in dance. “My interest goes back all the way to LaGuardia High School of Music and Art,” she explained. “After that I studied Dance at SUNY Brockport, and I was a dance fellow at the University of Michigan.” Sales has accrued bona fides in education and school administration over the years as well. “I received my advanced leadership certificate at LIU Post. I got my MA in counseling and psychology at Teacher’s College Columbia, and right now I’m working on a doctorate in dance education at Teacher’s College Columbia too,” she recalled.

Sales’ is also experience in practical instruction. After shorter roles as a dance instructor at the University of Michigan and the New York City Department of Education early in her career, Sales took up the post of district dance instructor at the Lawrence School District, where she has taught for almost 17 years. “I loved my tenure at Lawrence. I made some great memories there,” she explained.

Throughout her career, Sales has had her fair share of live performance as well, dancing with the Martha Graham School at the Metropolitan Opera House at Lincoln Center.

In addition to education and performance, Sales is also a co-founder Gritty Cherries Inc., an international dance and arts collective started in 2001. Their Gritty Cherries, Inc. Arts Education, or GCAE, program has educated and connected young artists around the world. “It’s a non-profit based in New York City that provides services nationally and internationally, encompassing all disciplines,” she stated. “Through GSAE we’ve had programs in New York, Brazil, and South Africa, and it’s all about young people honing and showing off their skills.”

On her move to the fine arts director position in West Hempstead, Sales stated, “I see the opening as an opportunity to use my skills as an artist and as a professional educator to serve the students and the district in providing the best educational experiences and opportunities possible.”

While students will not be in classrooms until the end of August, Sales’ tenure begins with district reorganization in July. “I officially started in July,” she stated. “But I have to say, the transition has been absolutely wonderful. Everything’s been coming together and I am so excited to become part of the Ram Family.”

Sales offered some of her plans and hopes for the coming year. “I’m happy to announce we’re working on expanding offerings at the secondary school,” she said. “That will hopefully involves enhancing programs, increasing student involvement, and really just helping students in their various creative projects,” she explained.

While her role is primarily administrative, Sales expects to be a hands-on director. “My main job is to be there to support the teachers and make sure there is a robust fine arts curriculum,” she stated. “But I plan on making a strong effort to be supportive of the students, and get involved with them directly where there is any opportunity.”