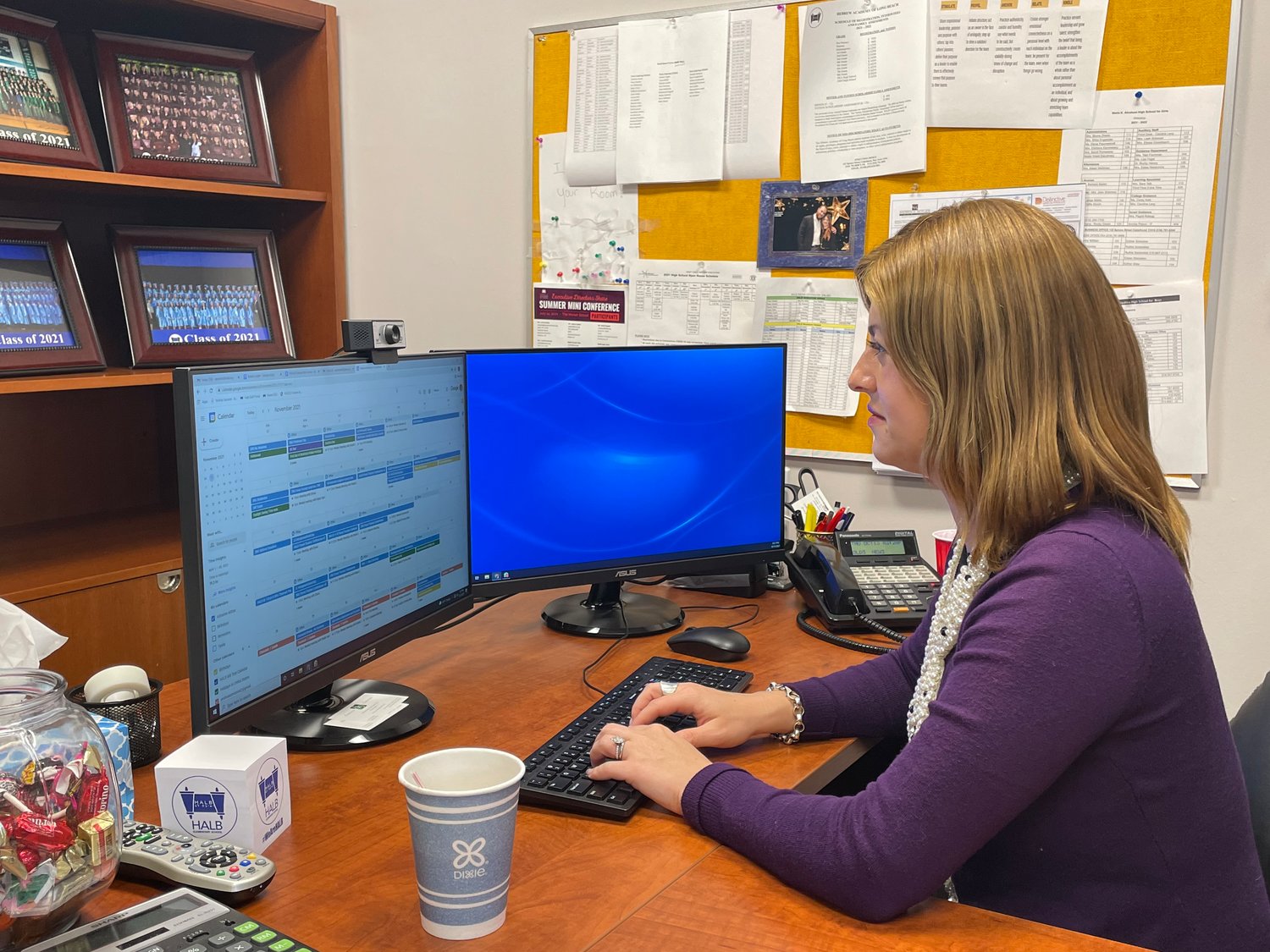 In the Hebrew Academy of Long Beach’s announcement that Manhattan native and now Lido Beach resident Adrianne Mittan was the new executive director it read “Adrianne is a warm, energetic school executive.”

That warmth and energy is evident as she welcomed a complete stranger into HALB’s business office in Cedarhurst like an old friend and answered a reporter’s questions with enthusiasm and a more than an occasional laugh.

Mittan, 37, graduated from The Frisch School, a yeshiva in New Jersey, New York University and John Jay College. She has worked for New York City’s Department of Education as a senior manager in human resources and finance, an administrative staff analyst for NYC and the executive director of Manhattan Day School, a Jewish day school, the past three years before taking the HALB job in July.

“My overwhelmingly goal when I look at what I wanted to be when I grow up was really about giving back and helping,” Mittan said, as she sipped a coffee in her Spruce Street office. “I found myself in the public school world and I loved it. It was extraordinarily fulfilling work and I probably would have stayed the rest of my career in the public school system had I not been recruited to work at Manhattan Day School.”

Also recruited to join HALB, Mittan described herself as a systems person. She credits her predecessor, Richard Hagler, for working “tirelessly” to having what Mittan called “baseline” structures in place such as bank accounts so she can begin looking at the big picture.

A perfect example is Mittan who is married and has four children in three HALB schools: one in Davis Renov Stahler Yeshiva High School for Boys, two at HALB and one at Lev Chana Early Childhood Center. The other HALB school is Stella K. Abraham High School for Girls.

“Now you have to call three different people if you have kids in three different schools, to me that is not the most efficient system,” she said, noting the plan is to centralize admissions and other systems such as social media. If a person at one of the schools does it well, they can do it for all four schools.

“HALB is getting one of the best in the field,” Litwack said, noting that he worked with Mittan when she was at MDS. “She is dedicated to Jewish education. An organized person who brings the best practices from the public school space and the private school space. She is constantly learning.”

Before Mittan came to HALB, it began the New York State Association of Independent Schools accreditation process. In the final stages of accreditation, a visit by officials is tentatively scheduled for the spring.

Mittan aims to create the systems and structures that benefit all of HALB, maintains standards and reminds herself that the students’ education is at the forefront of everything she does exhibiting student artwork in the office.

“To me, it’s very exciting,” she said, “having a problem is not a problem. It’s an excitement to say, great how can we fix this.”