‘An assembly line of good’ 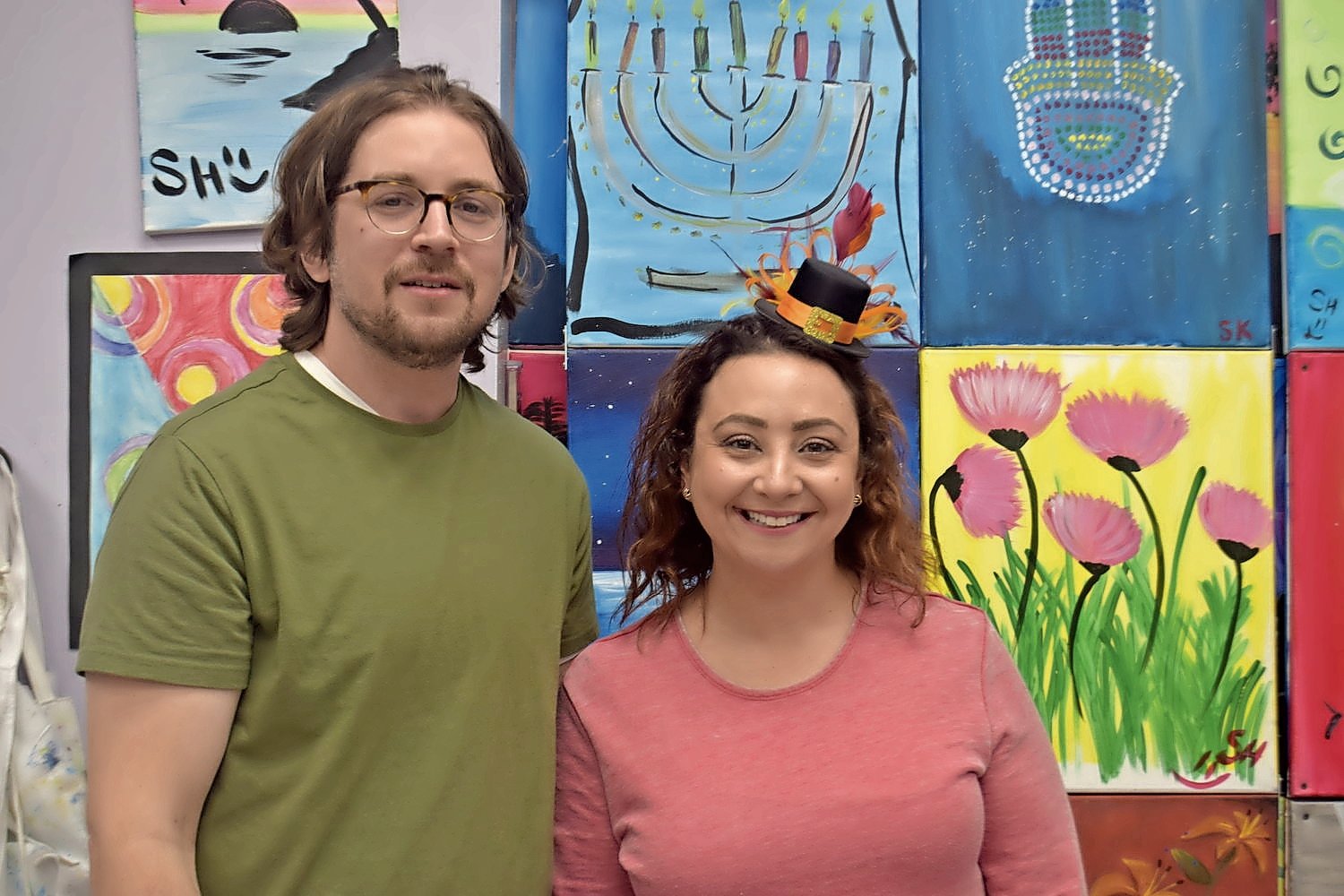 Dovid Kanarfogel and Leslie Gang, the founders of Hindi's Libraries, and the 2019 Herald People of the Year.
Jeffrey Bessen/Herald 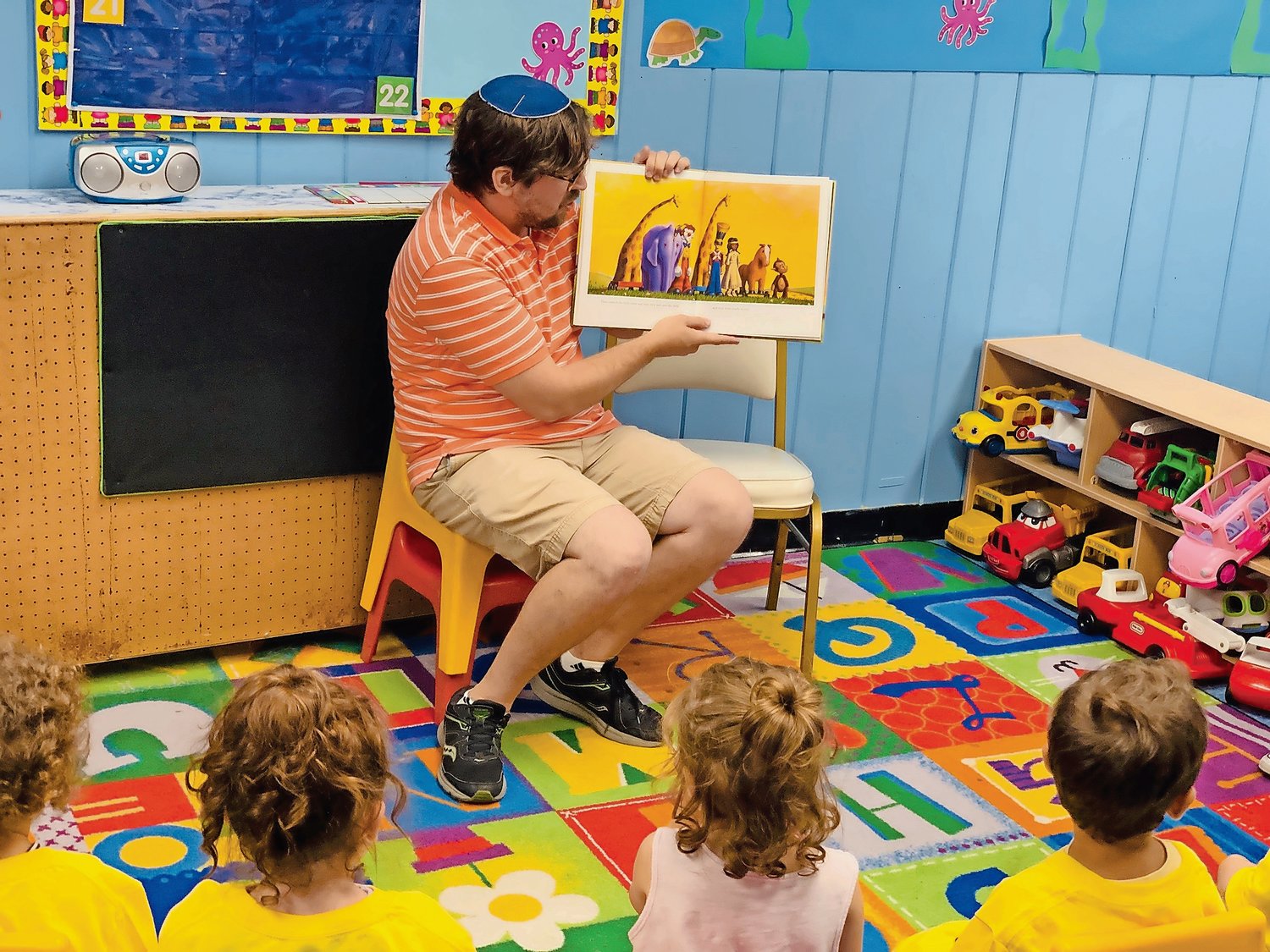 Dovid Kanarfogel said that his wife Hindi would be proud of how the organization gives books to children who do not have access to them.
Courtesy Leslie Gang
Previous Next

‘An assembly line of good’

After Cedarhurst resident Dovid Kanarfogel’s wife, Dr. Hindi Krinsky, died last year, he decided to honor her memory, with the help of his friend Leslie Gang, by putting books in the hands of children

‘The way he conducts himself, with having a career and raising five children on his own, is like a walking miracle.’”
Miriam L. Wallach Hindi’s Libraries volunteer
By Matthew Ferremi

After Cedarhurst resident Dovid Kanarfogel’s wife, Dr. Hindi Krinsky, died last year, he decided to honor her memory, with the help of his friend Leslie Gang, by putting books in the hands of children.

Hindi’s Libraries is a nonprofit started by Gang, 34, and Kanarfogel, 35, in November 2018. They collect children’s books and distribute them to children and families in need. Krinsky had a Ph.D. in literacy education, and was an English teacher and the curriculum coordinator at the Hebrew Academy of the Five Towns and Rockaway High School. She died in August 2018 at age 32, of complications of Crohn’s disease.

Since it launched, Hindi’s Libraries has grown exponentially, and donated roughly 70,000 books to 380 groups, institutions and medical practices in the U.S., Israel and Puerto Rico. Books have also been donated to adoption and foster care agencies, doctors’ offices, homeless shelters, low-income schools, medical centers and outpatient clinics across the country.

Gang and Kanarfogel have devoted themselves to what Gang has called “an assembly line of good” over the past 13 months, and the Herald is proud to name them its 2019 People of the Year.
Gang, now the communications director and administrative assistant at the Brandeis School in Lawrence, was working at HAFTR when Krinsky died.

Hindi’s Libraries began with families leaving books in decorated wooden boxes on the HAFTR campuses. “I was talking with Joy Hammer, the principal of the lower school, about a meaningful way to honor Hindi,” Gang recalled. “Two weeks later, she called me and said, ‘There are 500 books in my office, and I don’t want them here anymore.’ Dovid and I took the books to our garages and began to brainstorm ideas.”

One of the first organizations to receive books from Hindi’s Libraries was the Hicksville-based Birthday Wishes, which focuses on improving the lives of homeless children and their families by giving them birthday gifts.

Birthday Wishes volunteer Cathi Tramantano said that Gang contacted her last year. “Leslie told me that she had hundreds of books to donate to us,” Tramantano said. “I was blown away by how generous she is, and it’s amazing what [she] and Dovid have been able to accomplish in a little over a year.”

Gang, who grew up in Woodmere and now lives in Hewlett, said that her upbringing, being raised by parents who emigrated from Odessa, Ukraine, inspired her desire to help others. “Being the first person in my family born in the U.S. was certainly a very unique experience,” she said.

“My mother, who has always been my role model, instilled in me the importance of kindness and giving back. She taught me just how much of an impact people can make by stepping out of their comfort zone to do something good for another human being.”

Kanarfogel, an attorney who’s a native of Teaneck N.J., gives Gang much of the credit for the success of their enterprise. “Leslie has been the driving force behind Hindi’s Libraries just by reaching out to CEOs of publishing companies,” he said. “She’s an amazing person, and it shows with the work that she’s put into this.”

Kanarfogel has thousands of books stacked up in his house at any given time, which, he said, his wife would have loved to see. “Hindi would be proud of the fact that we’re giving children who don’t have access to books the opportunity to read,” he said. “. . . Getting kids to read was one of her passions.”

Kanarfogel not only works on Hindi’s Libraries in his off hours, but he is also raising five children: 9-year-old triplets Eliana, Hudi and Ezra, Dorit, 5, and Abie, 3. “In a situation where many people would feel down, Dovid is up and about,” Gang said. “He’s committing himself to this project while having a full-time job and raising five kids by himself. To me, what he does is awesome and motivating.”

Woodmere resident Miriam Wallach helps spread the world about the book exchange on social media, and said it is an honor to be involved with the organization.

“I’ve been offered multiple opportunities to work with organizations over the years, and the reason I decided to work with Hindi’s Libraries comes down to two points,” Wallach said. “Giving kids books who are in need of them is right in my wheelhouse. The second reason is that I have two kids” — a 20-year-old daughter and a 16-year-old son — “that were blessed to be in Hindi’s classroom.”

“Leslie is a go-getter who is exceedingly capable and relentless in a good way,” Wallach added. “Who is able to come up with a plan like Hindi’s Libraries out of nowhere, like Leslie did?”

And, despite difficult circumstances, Wallach said she was amazed by Kanarfogel’s positive attitude. “The way he conducts himself, with having a career and raising five children on his own, is like a walking miracle,” she said. “He always has a smile on his face, and you could see the love his children have for him.”

For more information on Hindi’s Libraries, go to hindislibraries.com.