Baldwin back rolling after pause 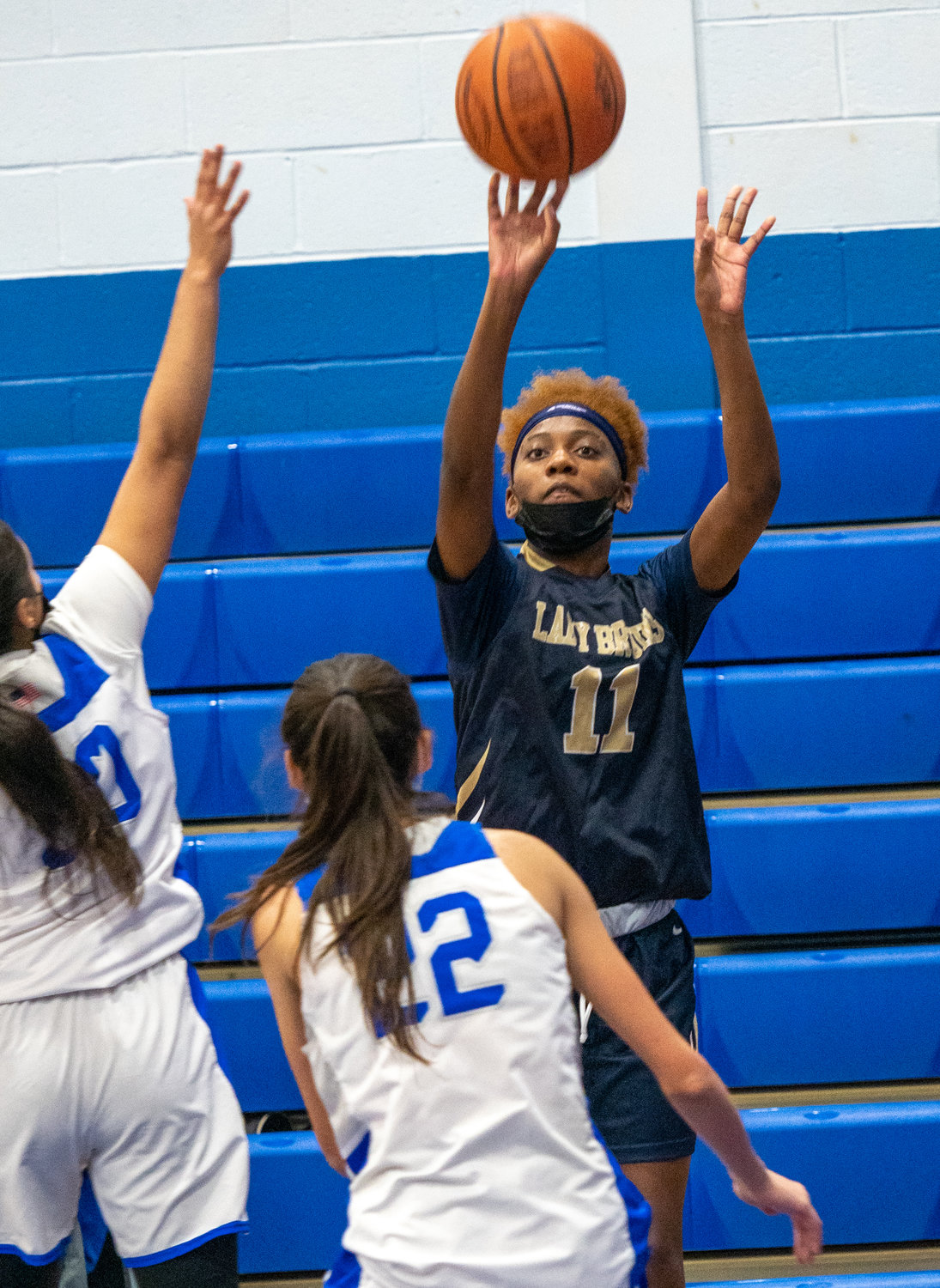 Sophomore Renelle Grannum (8 points) was part of a balanced scoring effort Jan. 4 as Baldwin, in just its second game due to COVID-19 protocols, beat Herricks.
Eric Dunetz/Herald
By Andrew Coen

After a long layoff due to COVID-19 cases, the Baldwin girls’ basketball team rang in the New Year where it left off in 2021.

Baldwin, which went unbeaten during last year’s truncated six-game season, was dominant from the opening tip in a 75-36 win at Herricks on Jan. 4. The victory, in which the Lady Bruins jumped out to 29-7 lead after the first quarter and 45-15 at halftime, was the team’s first game since a 65-38 season-opening triumph against Valley Stream Central on Dec. 15 prior to it being sidelined because of the virus. The team has been limited to just two games heading into this week compared to most Long Island programs which have played around 10,

“It feels like we’re finally in basketball season,” Baldwin head coach Tom Catapano said of the team’s first game in three weeks. “The kids were definitely excited and motivated to work on things they have been working on in practice and just getting back to some sense of normalcy.”

Junior forward Dallysshya Moreno scored 17 points in the Herricks win after posting a double-double against Valley Stream Central with 15 points and 10 rebounds. The 6-0 Moreno, who is being recruited by Division 1 college programs, is also a major force on the defensive end of the floor as a shot blocker.

“She’s really coming into her own this season,” Catapano said of Moreno. “She causes a lot of matchup problems for the other teams.”

The Bruins raced out to a 32-4 lead in the Valley Stream Central game after the first quarter and then outscored the Eagles 21-0 in the second period for a commanding 59-point halftime advantage. Senior forward Paris Nosworthy tallied 12 points while Toni Smith also reached double figures with 10. Seventh grader Chinaya Okogeri and sophomore Renelle Grannum registered nine and eight points, respectively, as part of a balanced effort to open the 2021/22 season.

Baldwin is gunning for its eight straight county title in Class AA after a year of no playoffs last season due to scheduling limitations posed by the pandemic. The Bruins are dedicating this season to the late Anthony Bolden, a longtime Baldwin varsity assistant under Catapano who died in the fall, by leaving the first chair on the bench vacant in his memory.

“The program will never be the same without him,” Catapano said of his longtime coaching lieutenant. “We’re trying to honor him as best we can by how we play.”

Baldwin visits Westbury this Saturday at noon before a Tuesday night road game at Valley Stream Central at 7 p.m. The Bruins then host back-to-back home games on Jan. 21 at 7 p.m. versus Hicksville and the following day against Plainview-JFK for a noon tipoff.

The COVID pause caused the postponement of a St. Mary’s holiday tournament opponent Baldwin was set to compete against and Catapano is hoping it can be rescheduled to help prepare the team for another deep postseason run.