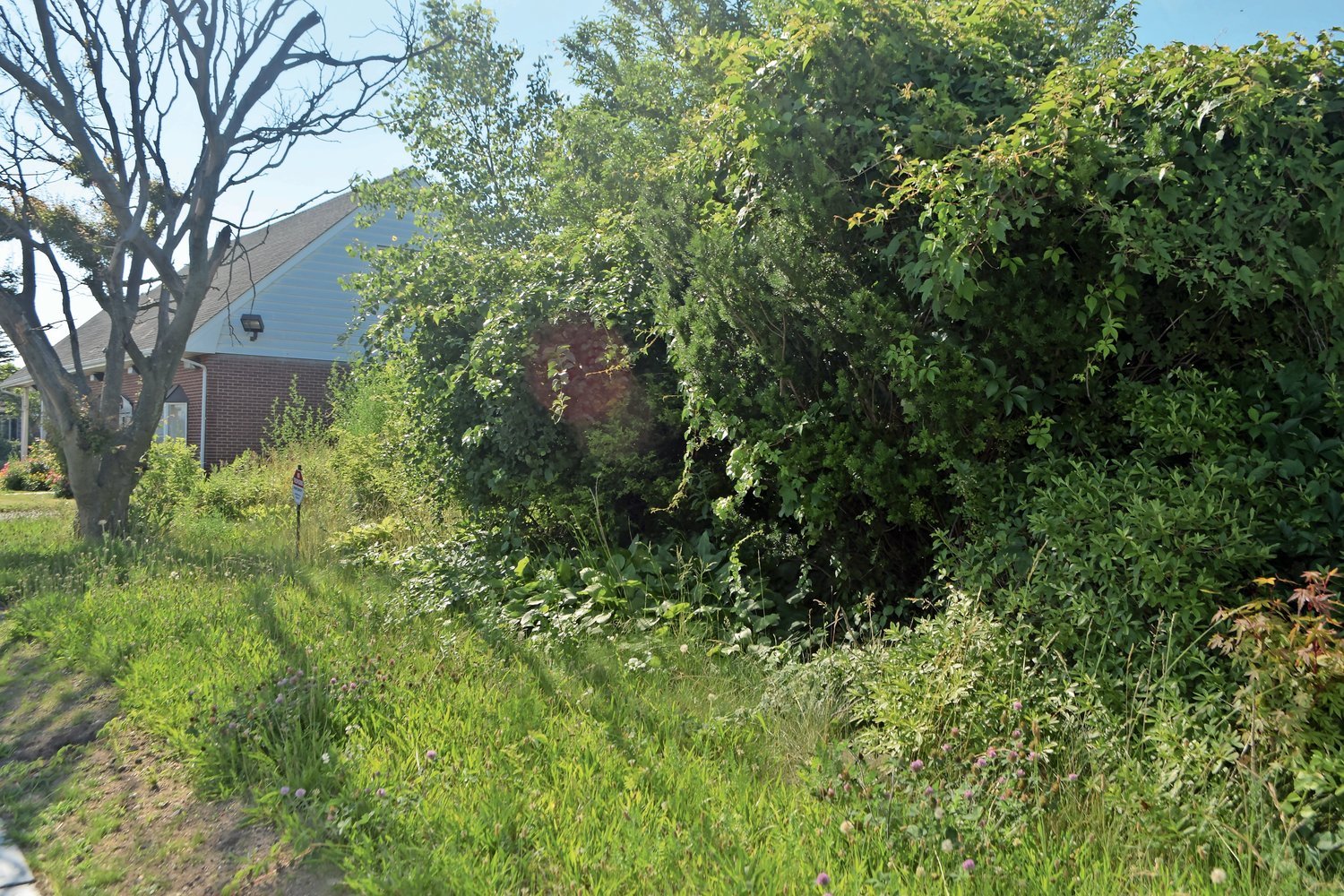 The Park Street parcels that the Village of Atlantic Beach sought to take by eminent domain. In the foreground is the Salazar property the village seized in August.
Herald File photo

The ongoing land battle between the Village of Atlantic Beach and the Chabad of the Beaches tilted in favor of the Long Beach congregation on Sept. 6, when U.S. District Judge Joanna Seybert issued a preliminary injunction against the village’s claim of eminent domain.

The ongoing land battle between the Village of Atlantic Beach and the Chabad of the Beaches tilted in favor of the Long Beach congregation on Sept. 6, when U.S. District Judge Joanna Seybert issued a preliminary injunction against the village’s claim of eminent domain.

“Chabad of the Beaches is grateful that Judge Seybert has stopped the village — at least for now — from taking its property,” Jeremy Dys, senior counsel at the Plano, Texas-based First Liberty Institute, which is representing the Chabad, said in a prepared statement. “We hope this decision encourages the Village of Atlantic Beach to welcome Chabad of the Beaches to its community, rather than spending even more taxpayer dollars to keep them out.”

The First Liberty Institute is dedicated to defending religious freedom.

Atlantic Beach has yet to decide whether to move forward with further legal action. “The village’s motion to dismiss remains pending,” Mayor George Pappas said in a statement. “We respect the court’s decision at this preliminary stage of litigation to maintain the status quo regarding ownership of the old bank building purchased by Chabad Lubavitch of the Beaches. Our goal remains what it has always been, namely, to create a badly needed community center for all village residents.”

Last November, the Chabad, which is based in Long Beach, bought the property at 2025 Park St., formerly the site of a Capital One bank, for $950,000. The adjacent site, 2035 Park St., had been owned by the Salazar family since 1938 — and once housed the M.A Salazar Inc. real estate office — until Atlantic Beach took title of the parcel through eminent domain in August.

“We could not show that the village planned on using both properties together, since the village claimed our property was always going to be a park, and had nothing to do with the community center,” said Richard Libbey, whose family owned the 2035 Park St. site.

Libbey added that the village offered $700,000 for the property. That offer was rejected, he explained, but the family accepted the money as a pre-payment, and is now haggling with the village over the land’s fair market value. The property could be valued as high as $1.4 million, Libbey said.

“As a corporation, we have no protection — we can just get compensation,” he said, referring to eminent domain proceedings — the legal right of a government to buy private land within its borders.

The village wants to build a community center and a recreational facility, which would also house beach lifeguard operations.

The Chabad hopes to build what it has called a community center on the 2025 Park St. property.

When it made those plans public early this year, the village began the process of claiming the land through eminent domain. Chabad officials have said that Atlantic Beach was not interested in the property until its plans became known.

Village officials have said that their interest in both properties predates the Chabad’s plans.  In court papers, the village highlights a Nov. 14, 2020, discussion between Deputy Mayor Edward Sullivan and Joshua Rikon, an attorney now representing the village in the eminent domain case.
Chabad officials note that the property it bought was vacant and for sale for several years.

But within weeks of the purchase, and two weeks after the Chabad celebrate Hanukkah at the site, Atlantic Beach announced its plans to take the parcel through eminent domain.

“The village made no effort to purchase the property during the time it was available,” Dys said in a statement. “Multiple alternative properties better suited to a community center and lifeguard operations facility, some already owned by the village, were never considered.”

Have an opinion on the ongoing wrangling between Atlantic Beach and the Chabad? Send a letter to jbessen@liherald.com.