Facing the opioid epidemic in the Five Towns 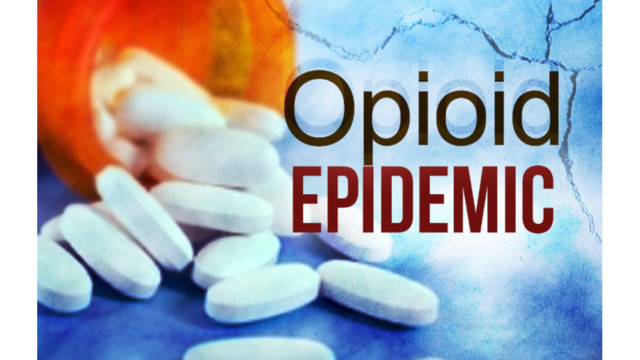 The issues surrounding the opioid epidemic from addiction to treatment were discussed at the Gural JCC on Nov. 7.
arkansasmatters.com

Facing the opioid epidemic in the Five Towns

In light of the 493 deaths by opiate overdose on Long Island as reported by the Suffolk and Nassau medical examiner offices in 2016, the Marion & Aaron Gural JCC in Cedarhurst was prompted to host a workshop titled: “Understanding the World of Prescription Drugs and Substance Abuse.”

There’s no stereotype, the Five Towns are not immune to the epidemic.”
Cathy Byrne, JCC executive director
Signs of opiate addiction

In light of the 493 deaths by opiate overdose on Long Island as reported by the Suffolk and Nassau medical examiner offices in 2016, the Marion & Aaron Gural JCC in Cedarhurst was prompted to host a workshop titled: “Understanding the World of Prescription Drugs and Substance Abuse.”

The goal was to educate the community on how to address the effects of prescription drugs and recognize the signs of abuse.

“The faces of addiction of addiction have changed,” said Cathy Byrne, associate executive director for Adults, Older Adults and Special Needs. “There’s no stereotype, the Five Towns are not immune to the epidemic.”

The Nov. 7 event featured speakers with expertise in different areas of the epidemic. Dr. Miriam A. Knoll, an oncologist, Dr. Akiva Perlman, an addiction and trauma specialist with a Ph.D., Sandy Klar, Lawrence resident who battled addiction, and a pharmacist and medical responder from Hatzalah of the Rockaways and Nassau County, the volunteers ambulance corps, all spoke about their experience with opiates and addiction.

Clean for eight years, Klar had found herself in addiction’s grip after the first of three back surgeries. “After the first pill I thought, I never want to be without whatever is in this bottle,” she said.

After getting help for her substance abuse problem, Klar became a life coach and has counseled other women with addiction issues of their own. Getting on stage and speaking about her past issues at the workshop was frightening, but in response has seen a supportive community eager to help, she said.

“It’s humbling to be on stage, I felt exposed and I was afraid of being judged,” Klar said. “Everyone’s been so supportive, it’s a mental illness.”

Perlman gave the audience some context to how the opioid epidemic spread as well as how addiction works. Most doctors were against prescribing opioids until studies in the 1980s claimed they weren’t necessarily addictive if used properly.

“Then the flood gates were opened in the ’90s, Oxycontin was referred to as a wonder drug,” he said, “Then in 2011 there were a shift away from prescribing opiates and addicts had to go to the street, leading to more overdoses.”

The euphoric rush that accompanies these drugs is what gets people hooked on them, at least more so than the alleviation of the symptoms they were prescribed to treat, Perlman said. The process for getting people off these drugs can vary, but they all require the person to “buy in,” he said.

Perlman said he views events such as these as a sign that the community is ready to tackle the issue. “It’s encouraging to see people from the Jewish Orthodox community aren’t hiding from this, they’re facing the problem,” he said.

Klar agrees that understanding addiction is a disease, not something to be stigmatized is paramount to being able to stop the epidemic. “It’s a mental illness,” she said. “I had ovarian cancer four years ago, that was easy compared to my addiction.”