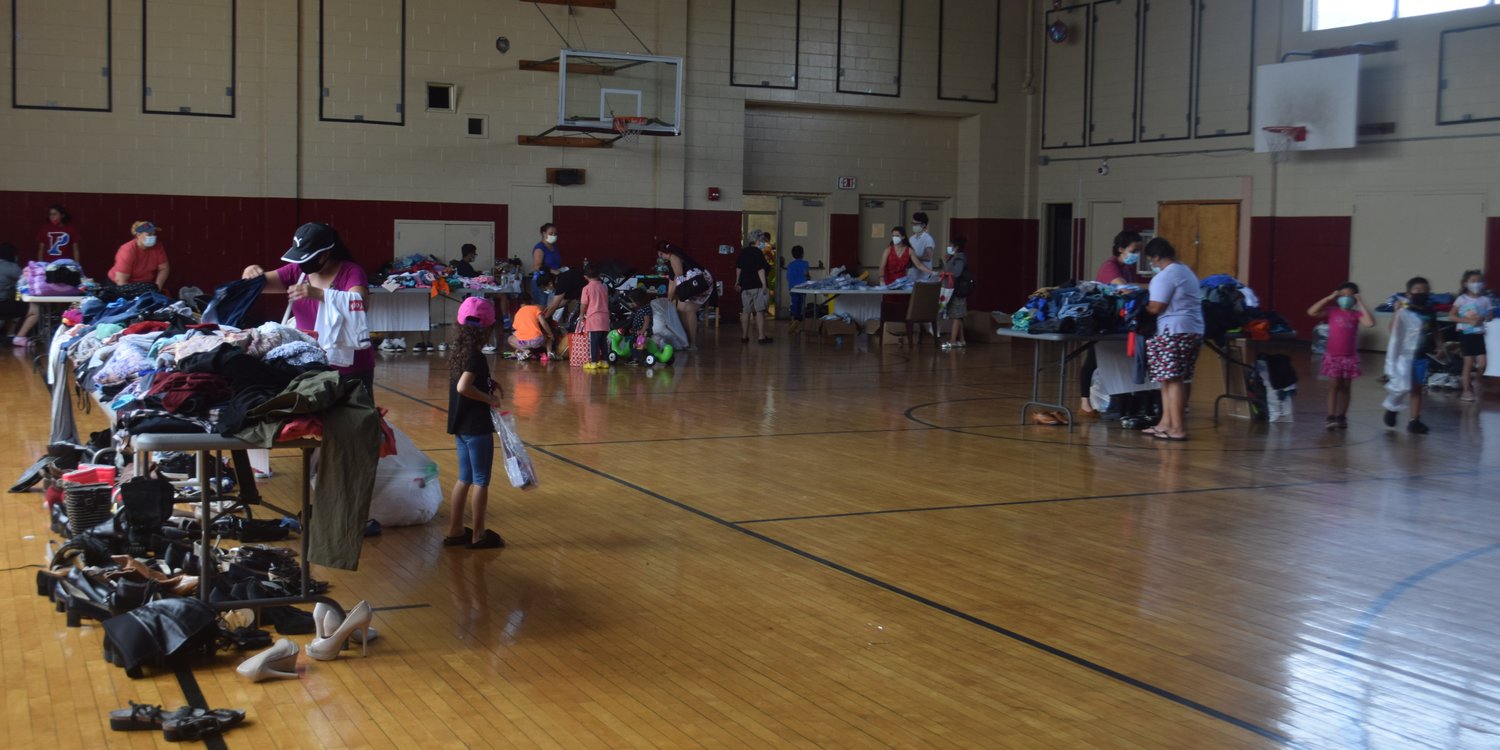 Free clothing and food giveaways are part of Gammy's Pantry and one of the many services provided by the Five Towns Community Center in Lawrence.
Herald file photo
By Lisa Margaria

The many community programs at the Five Towns Community Center in Lawrence, a community staple for 115 years, are at risk as the center’s 50-year lease is set to expire in 2024.

At least 5,000 South Shore families are registered for food, medical, counseling and after school programs and services at the Community Center. “It's really a vital hub of the community,” Executive Director K. Brent Hill said.

The impact of not having the lease extended by Nassau County could cause ripples in the Community Center’s programs, according to County Legislator Carrié Solages, a Democrat, who represents the area.

He said that the county’s Economic Opportunity Commission, which administers the Head Start program at the center, “needs to know that the lease of the center will be extended,” Solages said, “because they have to plan their budget at least two years in advance.”

Hill echoed the possible cascade of issues the center could face without a new lease. “We have a number of state and federal contracts for programming, so we need to be able to renew all of those contracts,” he said “we obviously need a space to be in.”

Solages and County Executive Bruce Blakeman support renewing the lease, Hill said— yet, “There's been no action. So, I'm a bit of a radical optimist. I like to take them at their word, but it's getting kind of crucial now, as far as timing. We're just hoping to get some momentum behind this effort to get our lease renewed.”

As the Herald went to press, Gwynn Campbell, president of the Five Town Community Center’s board, has not responded about with whom and how she is negotiating the lease renewal.

Solages sent two letters — one to Laura Curran, when she was county executive, and another to Blakeman, after he stepped into the post. But Solages is yet to receive a response on the lease status, he said. At least 2,000 people have signed an online petition in favor of the lease renewal.

“Not to have a community center would be a significant blow to the community,” Solages said, and Hill added, “We think it's really important to maintain the social services we have.”