Getting the word out on policing and safety in Cedarhurst 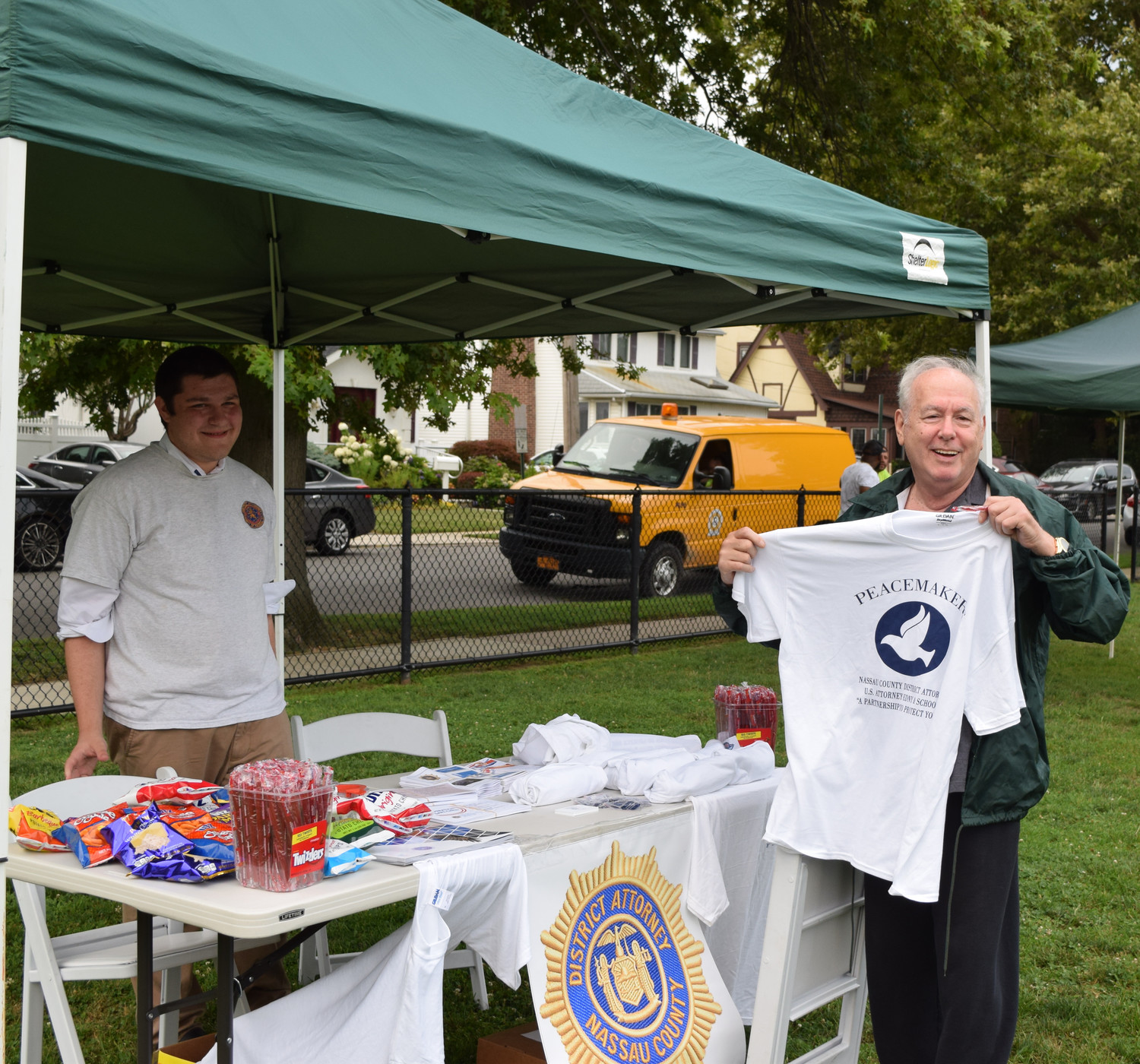 T-shirts, snacks, rulers, coloring books and pamphlets were the swag handed out and material on serious topics such as child abuse, rape, internet safety and mental health was available as the Nassau County police and the District Attorney’s office teamed up at the 35th annual National Night Out in Andrew J. Parise Cedarhurst Park in the village on Aug. 7.

The community event is designed to raise awareness for crime and drug prevention and strengthen neighborhood-police partnerships. The police also shared information about phone scams, the dangers of driving under the influence, scam prevention and mental counseling for veterans, and answered questions.

“National Night Out is truly one of my favorite events in that the Nassau County police and it’s dedicated members have the ability to spend time together with our residents to reach common goals,” said Police Commissioner Patrick Ryder. “It enables us to strengthen our relationships between our police officers and the great communities that they work in. We are always looking to make our streets safer, keep lines of communication open and this is certainly a very effective way to do so.”

Auxiliary police cars and an ambulance lined the perimeter of the park’s baseball field to protect the large crowd, which was four to five times bigger than the usual Tuesday night turnout, said Inspector Danny Gluck, the commanding officer the Fourth Precinct auxiliary police that helps patrol the Five Towns.
“We’re getting this many people out … it really fulfills the mission of the event,” said Cedarhurst Mayor Benjamin Weinstock. “This is really a nice demonstration that a community can get out and enjoy themselves in public.”

While materials were being distributed, a juggler performed. More than 500 people were anticipating the regularly-scheduled Tuesday night performance, was postponed because of a heavy rain storm. It is yet to be rescheduled.

“National Night Out serves as a reminder that by working together we can make Nassau County a better place to live than it already is,” Deputy Executive Assistant District Attorney Joyce Smith said. “It also gives us the opportunity to get out there and connect with people in a setting that is not a court room — but one that is fun and relaxed.”