Guarding a border far from home 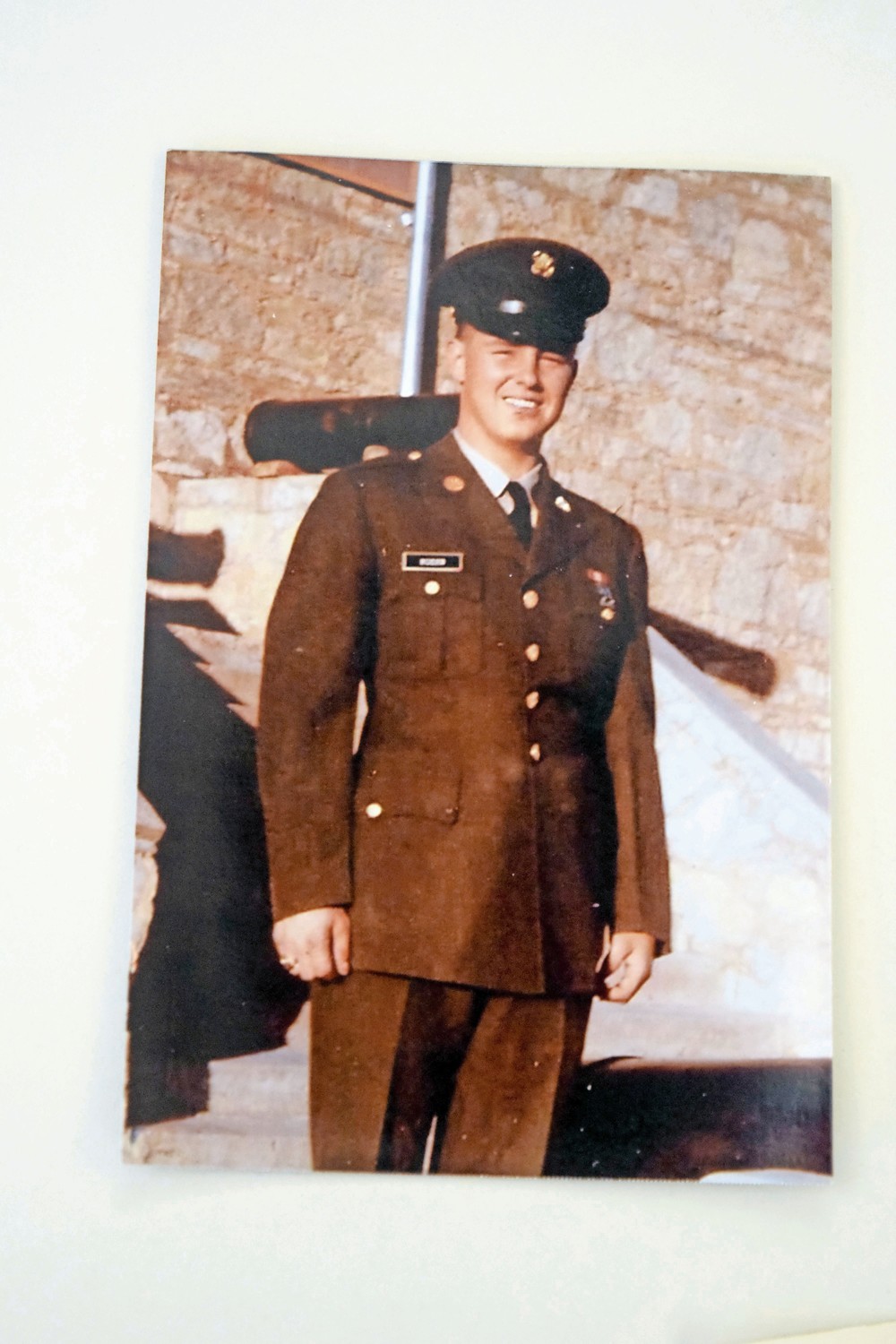 A Seaford native, Hoehn was drafted into the Army during the Vietnam War. He was deployed to Fort Sill in Oklahoma after completing eight weeks of basic training.
Courtesy William Hoehn 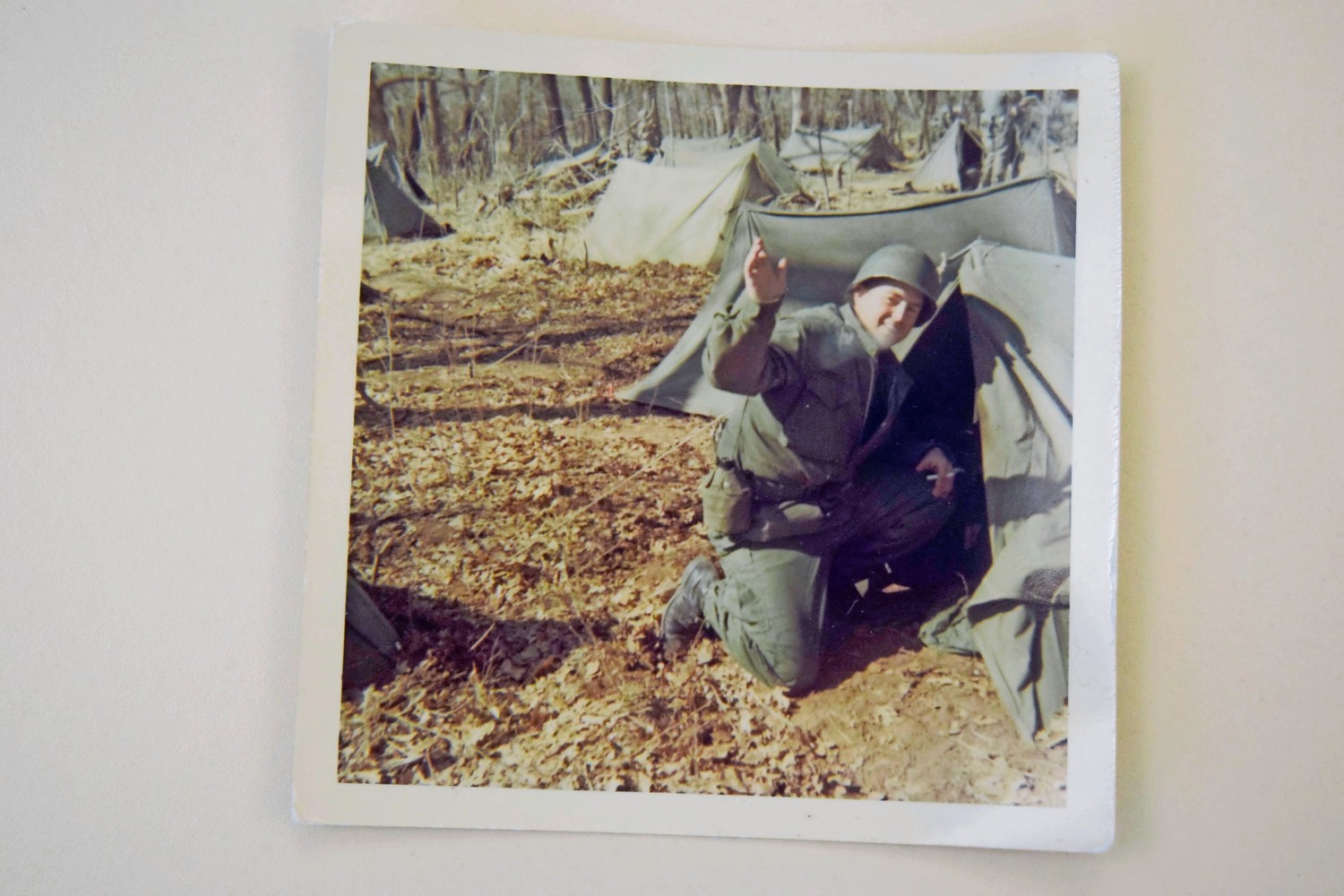 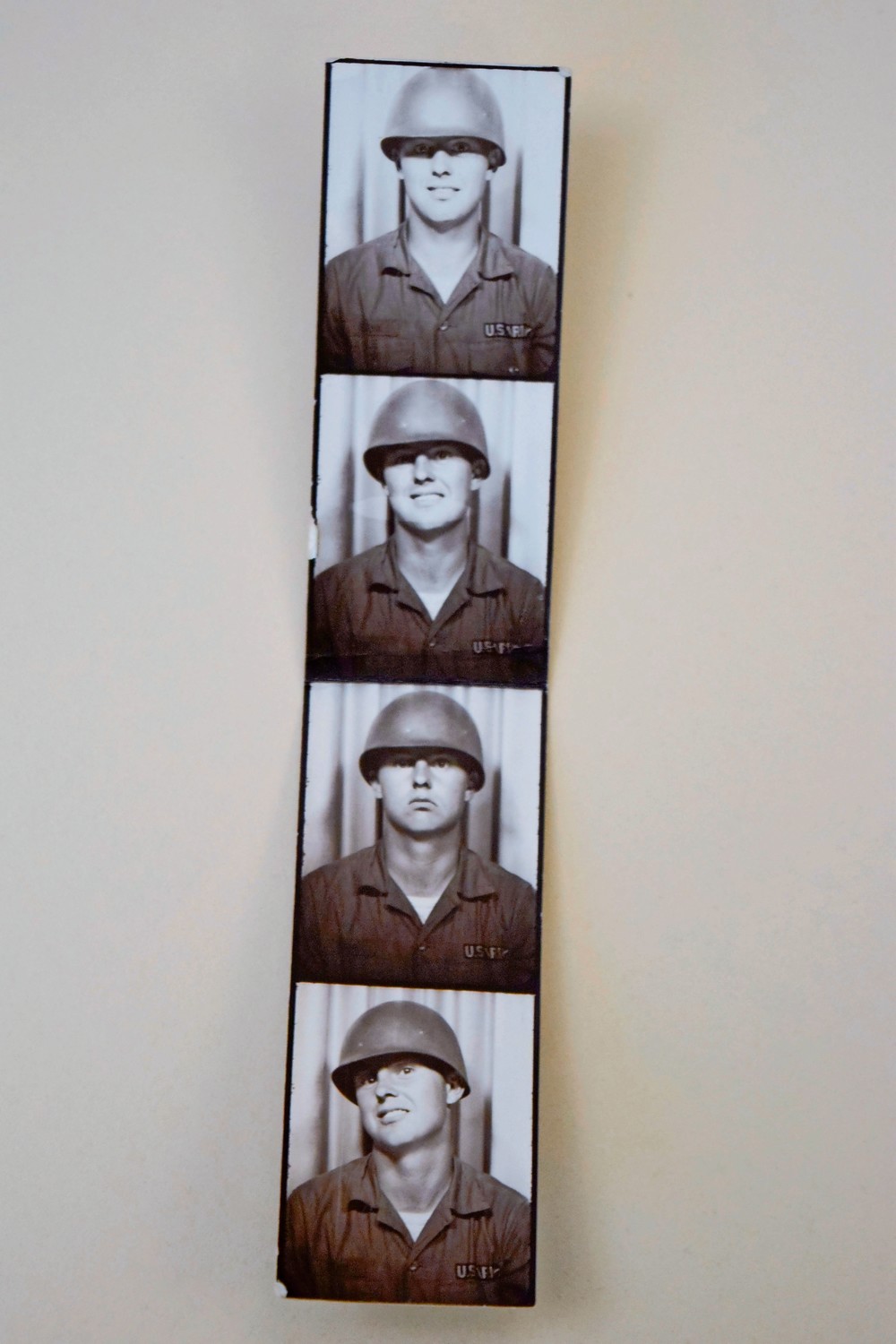 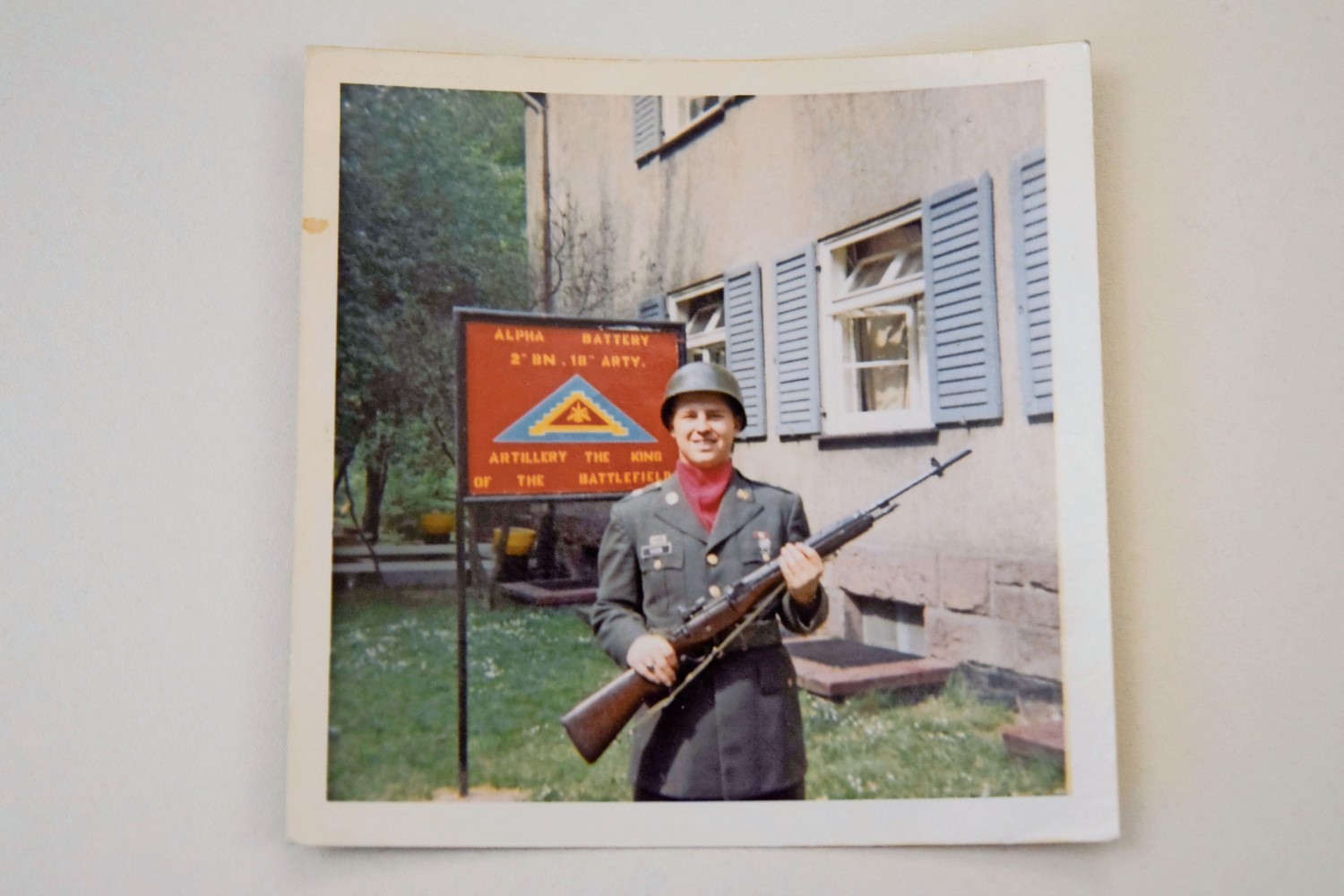 Hoehn was stationed in West Berlin in 1967.
Courtesy William Hoehn 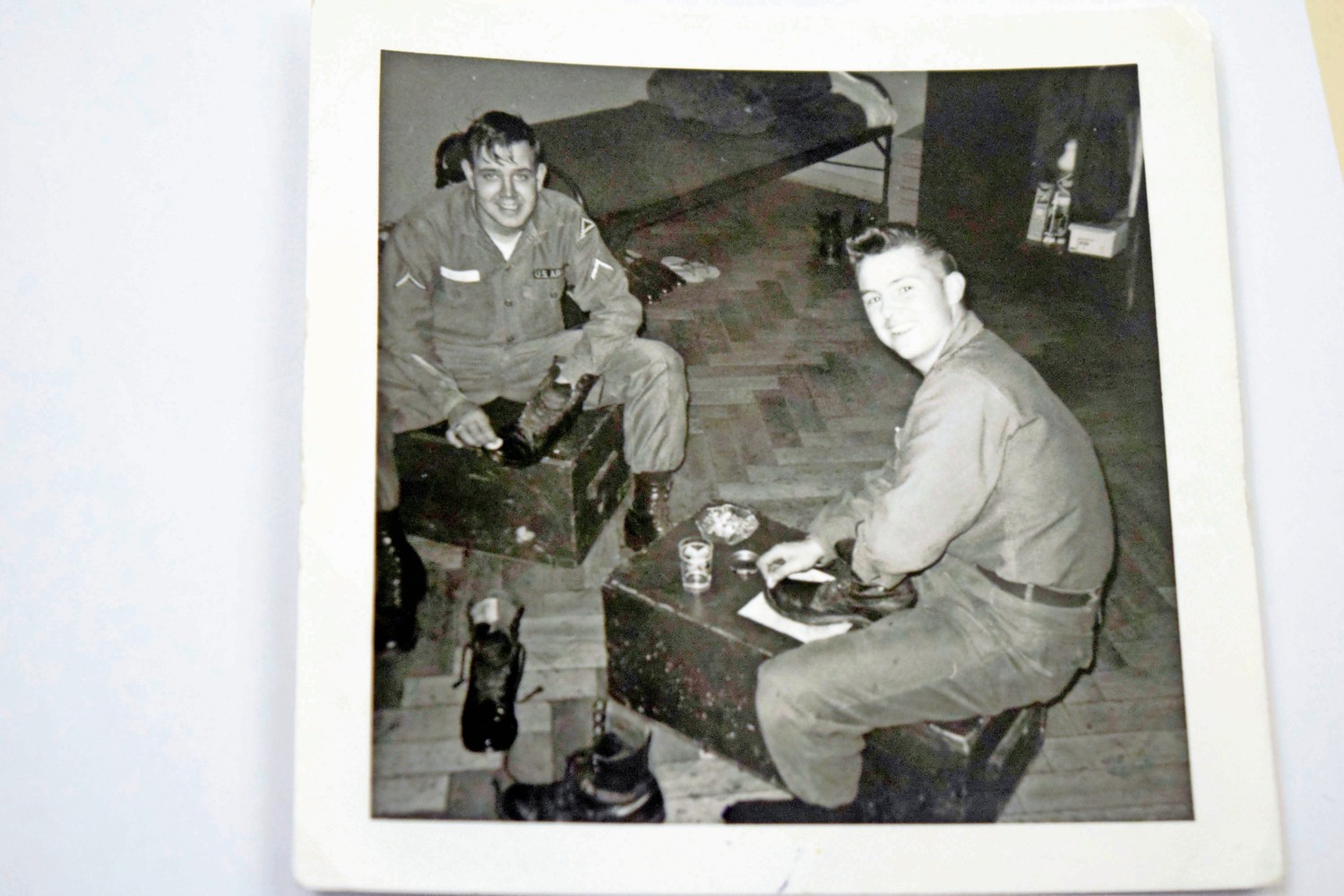 William Hoehn shined his boots during downtime while on border patrol in West Berlin in 1966. The Seaford native told the Herald this week how he was drafted into the Army at the height of the Vietnam War.
Courtesy William Hoehn
By Rebecca Anderson

William Hoehn was relaxing in his small Seaford home when he received his draft letter. “We want you!” was stamped in big letters across the envelope. It was 1966 — the height of the Vietnam War. Although the 19-year-old was prepared for the notice’s arrival, he recalled recently, he wasn’t prepared for what he would face when he went off to war.

“Seaford is a very small town, and everybody knew everybody,” said Hoehn, who turned 71 on Nov. 6. “So it was no surprise when three of my high school friends received the letters too.

“Everybody was expecting it,” he added. “Back then, if you didn’t go to college, you were going into the military.”

About a month after Hoehn received his draft notice, he reported to Fort Jackson, in South Carolina, for eight weeks of basic training. Afterward he was sent to Fort Sill, Okla., for Advanced Infantry Training.

“It was scary, but I got lucky, though,” he said. “I was one of five guys who didn’t go to Vietnam.”

Hoehn was sent instead to a technical school for nuclear warheads, where he spent 18 months learning how to assemble warheads that attached to missiles. Then, along with 500 other members of his Army unit, he helped patrol the Berlin Wall separating East and West Germany.

“It was a rather scary situation, because we only had a few people to protect hundreds of miles,” he said. “… We trained day in and day out.”

Although Hoehn spent most of his days patrolling the border and finding ways to kill time, like shining his boots or writing letters to loved ones, there were moments of high drama that he said he could never forget.

In 1967, the Soviet Union’s army headed into Budapest, Hungary, causing tension near the border. “In the middle of the night, we were on the verge of [battling] the Soviet army live,” Hoehn recalled. “We had our nuclear warheads assembled and lined up, aimed toward Budapest, ready for attack. We never did fire on them, but that night was the longest night of my life.”

After two years of serving on the border, Hoehn came home. “When you go off to war, you essentially go off the grid and lose touch with people,” he said. “Eventfully, you find your way back.”

He adjusted to life in Seaford again, and went to work for Grumman, a leading 20th century American producer of military and civilian aircrafts. He also studied computer technology at Hofstra University and Farmingdale State College.

“You realize things change,” Hoehn said. “I was still young, and my mother would want me home by 1 a.m. It was comical, because I wasn’t home for two years.”

He has generational ties to the Seaford community, where his family has lived since the 1800s. Hoehn has been a member of the Seaford American Legion for three decades, serving on its color guard and as a financial officer for three years. He and his wife, Darlene, have been married for 48 years.

“I’ll never forget my wedding anniversary, because July 20, 1969, was when we put an American on the moon,” he said. “You don’t forget something like that.”