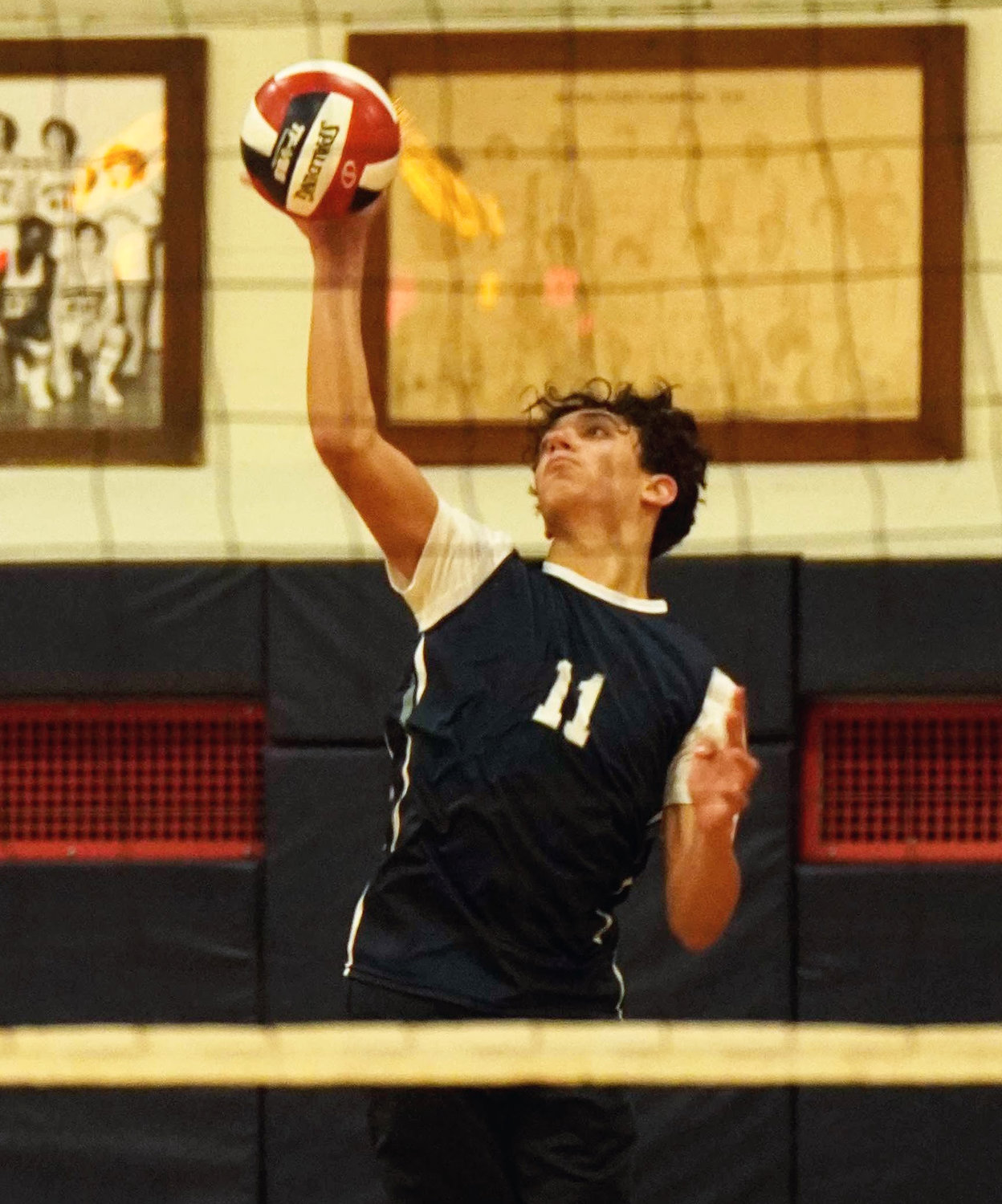 Dylan Avdoo is Hewlett’s leader in assists and also a key from the service line as his 36 aces suggests.
Paul Grassini/Herald
By Vincent Matula

The long-term possibilities that can come from a strong start to the season are endless. This holds true with the Hewlett boys’ volleyball team, which is looking to make a strong case of becoming one of the top teams in Conference 2C as the season winds down.

A six-match winning streak set the tone for the Bulldogs to begin their season, and the success has continued. With an overall record of 9-2, they’ve already surpassed their win total from last fall (eight) and still have over a week left to play.

“We’re meshing and collaborating much better than last year,” coach Monique Ciccarelli said. “Their defense is much better.”

First-year varsity player Benjamin Rubinoff is one to thank in particular for Hewlett’s defensive effort. Rubinoff currently averages just over eight digs per match, and his 93 digs in 11 matches are second most on the team.

“He’s great at defense,” Ciccarelli said. “He’s my utility player, I can put him anywhere.”

Along with Rubinoff making the jump from JV to varsity, setter Dylan Avdoo has done the same and is doing his part offensively. Avdoo leads the club in assists (179) and is tied for second in the conference with 36 aces. “He has great hands,” Ciccarelli said. “He can kill the ball and has a great serve.”

Also helping guide these newly appointed players is four-year varsity player Kemani Booker. He’s one of three senior captains for Hewlett and has been leading the way with his play. His 197 kills are second most in 2C and fifth-most in Nassau, an average just under 18 per match.

“He plays all the way around,” Ciccarelli said. “He can pass, hit, set and can block. He is an outstanding player.”

Setter Jaycen Ng is one of two other senior captains and has been able to keep his head in the game at all times with his constant determination.

“He (Ng) is a focused player,” Ciccarelli said. “When he’s on the court, he is focused on everything that is happening on that court. He is not worried about anything else but that moment in that game.”

The other senior captain is libero Yuval Paz, whose 109 digs lead the club and is good for sixth most in 2C.

Unlike other teams in its conference and the entire county, Hewlett has a more team style approach to its matches as the majority of its roster is playing in every contest. “Every game, at least 11 of my 13 players are playing,” Ciccarelli said. “Without a doubt, they’re always working off each other.”

A big test for the Bulldogs begins this week as two crucial matchups with West Hempstead and Manhasset headline their remaining schedule and will be good indicators to see if Hewlett can make a run.