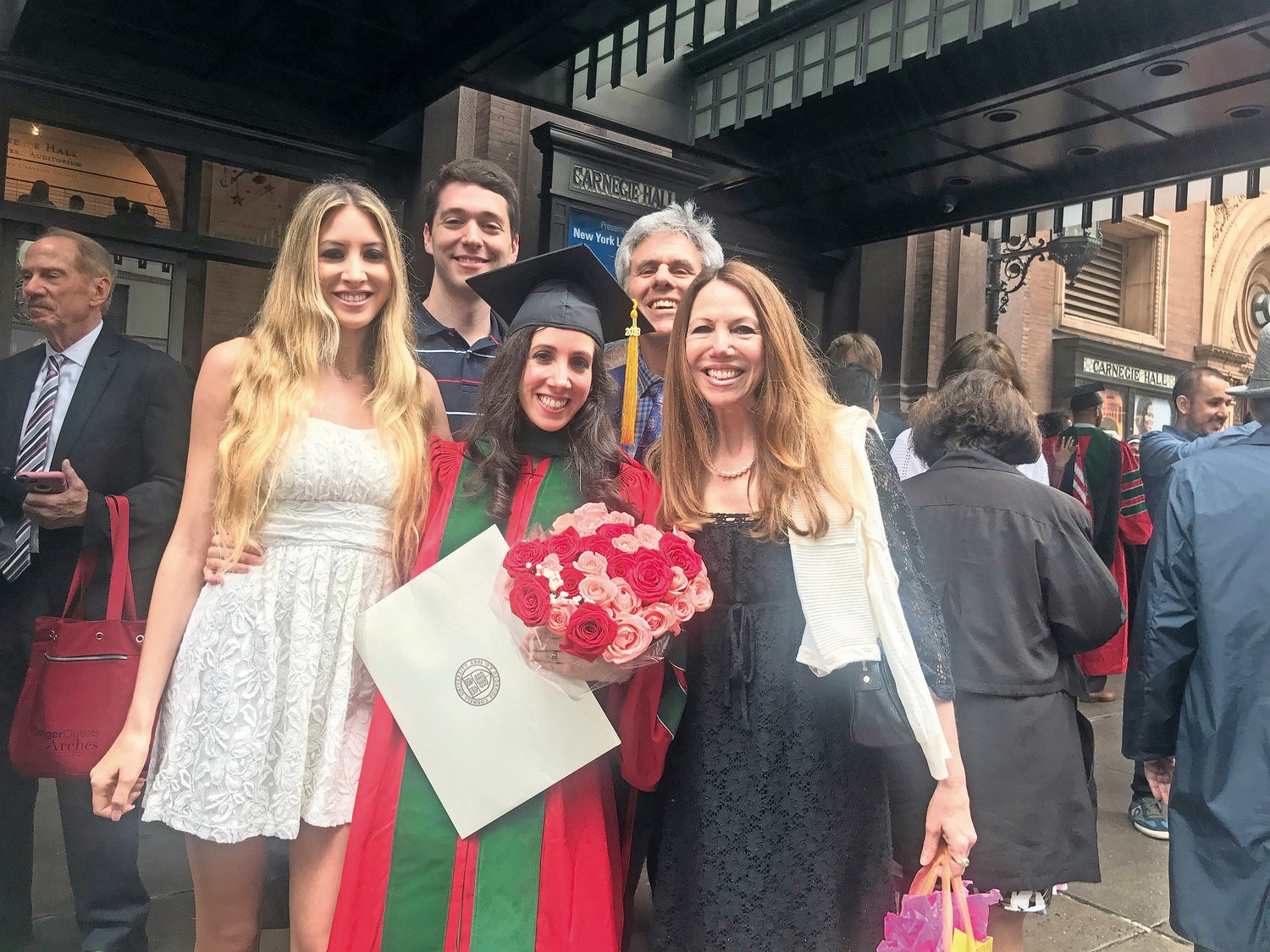 When 15, Berman was diagnosed with leukemia in August of 2006. “The worst piece of news that any parent can possibly hear is that your child has cancer,” said her father, Martin.

After visiting a few treatment centers, the Bermans followed the advice of a family friend and turned to the pediatric cancer center at Sloan Kettering Hospital in Manhattan. Doctors confirmed the diagnosis of leukemia and Berman underwent extensive treatment.

“They convinced us we needed to start treatment right away,” Martin said. “It was a very long hard process.”
During Berman’s treatment she couldn't go to school for at least a year, but she kept a very upbeat attitude. “Ali took everything like a trooper,” said Martin. “Nothing fazed her.

“I don't remember being upset or afraid,” Ali said. “I attribute that to the strength of the adults in my life. My parents, my doctors, and my nurse practitioners, which all made me feel comfortable and let me know that I was going to be okay. It was because of them that I never really thought otherwise.”

Ali was at home for her sophomore year and half her junior year at Hewlett High School. She received home schooling services from the Hewlett-Woodmere district. “The school was wonderful, I was able to keep on track and take all the classes that I was supposed to take,” Berman said.

As her recuperation progressed, she was able to perform ballet as Hewlett High teachers and teachers built a dance studio in her home. “That was something that really meant a lot to me and kept me going,” she said.

Berman returned to high school for the remaining half of her junior year and her senior year. Unbelievable, she graduated as the Class of 2009’s valedictorian.  Ali continued some form of treatment for nearly three years with periodic follow up appointments and completed treatment also in 2009. She has been in remission since.

The experience propelled to her to become a doctor. “My experience really impacted me and made me want to you know, take care of kids the way I was taken care of.” Berman said.
Accepted to Harvard, she took a pre-med path through the prestigious university. She graduated from in 2013. Then attended the Weill Medical College of Cornell University from 2014 to 2018.

Deciding on pediatrics as her specialty, Berman complete a three-year residency in pediatrics at Weill in 201 and decided to specialize in pediatric hematology and oncology, which is cancer care for children.

Berman treats kids who are undergoing the identical procedures she underwent. Her medical school residency is affiliated with Sloan Kettering and six months ago she became a fellow at Sloan Kettering Hospital, where she treated as a teenager. Berman works with the same nurse practitioners and physicians who treated her.

Dr. Peter Steinherz has been a doctor for more than 50 years and treated. “I am overjoyed,” Steinherz said. “I have a number of patients who are now physicians, but she's the first that I’m working with. We were always confident that we gave her the best treatment. I’ve know her since 2006 and she is superb human being and extremely smart. She absorbs all the teachings that they can give her so it is just a pleasure dealing with her all the time.”

“I feel very fortunate that I was able to come back to Sloan Kettering,” Berman said. “Its such a wonderful place and it's so meaningful to me. I'm very fortunate to be there and learning from all of these incredible physicians and nurse practitioners and everyone else who works there,” she said. It's incredible to be sitting next to the people who took care of me, and learning from them.

Berman met her husband, Glenn Thrope in 2016. They were married four years later. The couple now has son, William, 1.
With a fellowship at the hospital where she was once a patient, life has come full circle. “To have a wonderful son and husband to be training at this incredible hospital next to these amazing people,” Berman said. “I really feel so lucky and thankful.”