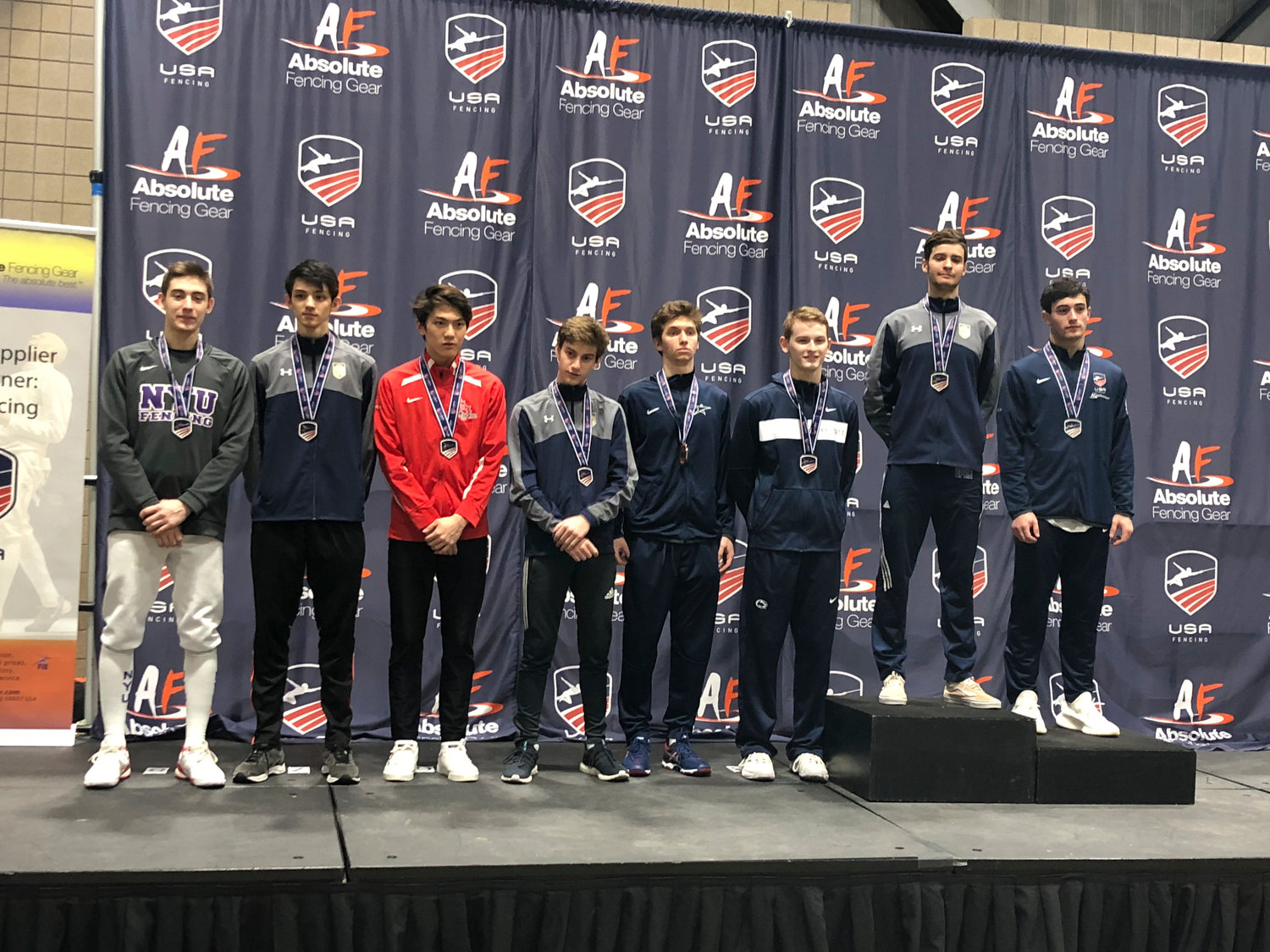 Alan Temiryaev, a senior at Hewlett High, won his second junior national title at the North American Cup in Kansas City, Mo., from Nov. 9 to 12. The victory buoys the New York Fencing Academy member’ chances of making the U.S. Junior National team after a seesaw start to his fencing season.

“I won my first four bouts, then twisted my ankle badly and lost the next two,” said Temiryaev, who has who has verbally committed to fence at Columbia University. “But I’m glad I was able to overcome the pain and win.”

He had to defeat his club mates, New York University fencer Sam Bekker and Skyler Liverant, and then upended World Championship silver medalist, Ryan Griffiths and Youth Olympics bronze medalist, Isaac Herbst, in the finals. Temiryaev’s next competition is at the World Cups in Riga, Latvia and in Luxembourg.