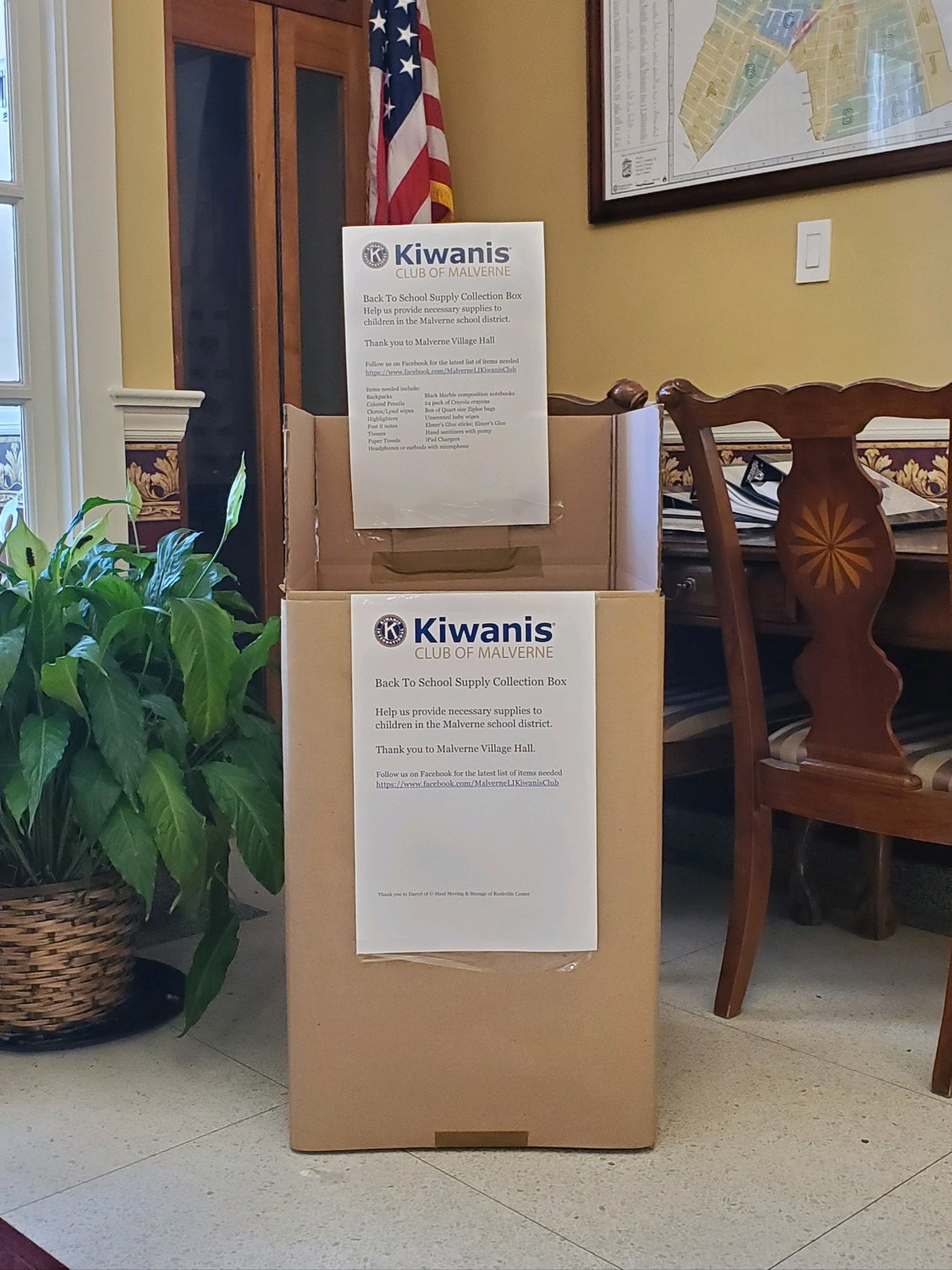 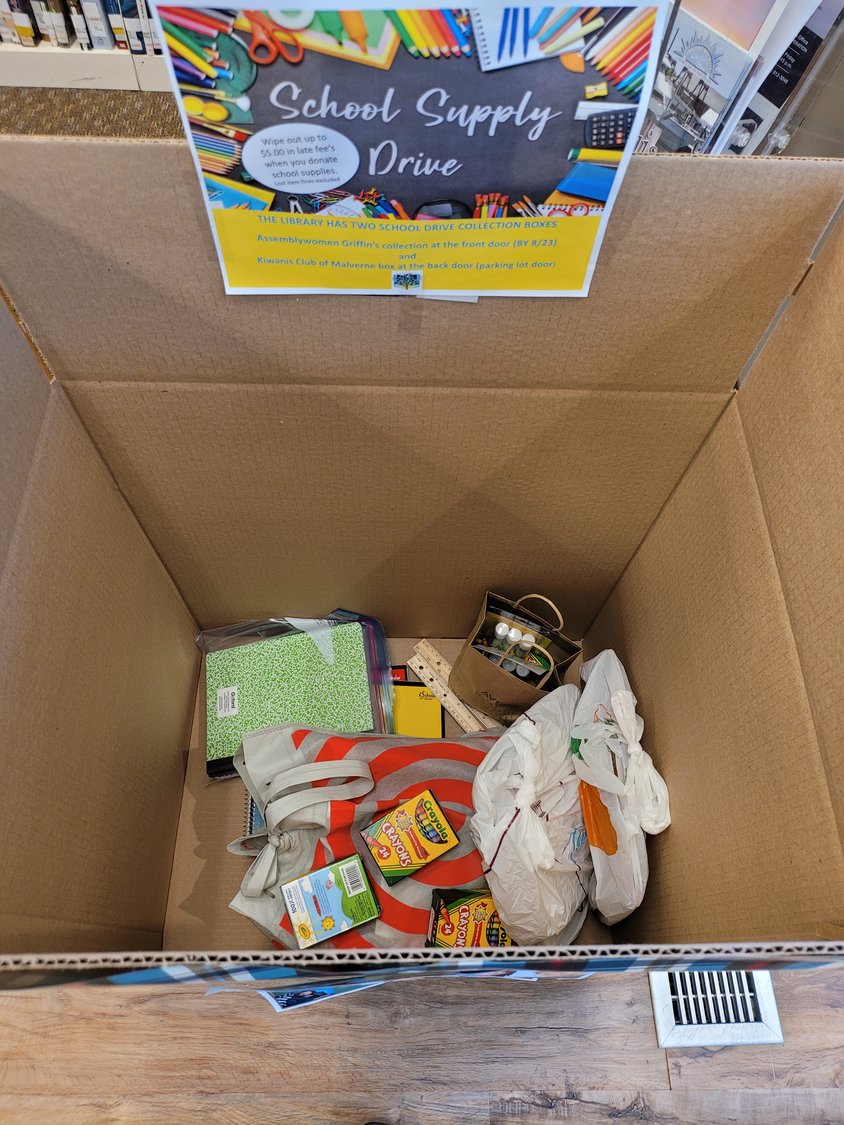 As the new school year nears, local groups and organizations have set up collection boxes throughout Malverne to gather supplies for needy students, but officials said donations thus far have been extremely disappointing.

Assemblywoman Judy Griffin and the Kiwanis Club of Malverne are taking part in the donation drive, while the American Legion had been preparing to do the same.

This marks the fourth year that Griffin’s office has organized a school supply donation drive for needy residents in her district, focusing efforts on students living in low-income housing.

“I am proud to be hosting my fourth annual school supply drive again this year,” said Griffin. “My office works with our local school districts and local organizations, like the Rockville Centre Martin Luther King Jr. Center, the Rockville Centre Hispanic Brotherhood, Bethany House and many more, to distribute these supplies to constituents throughout the district.”

While Griffin’s office acknowledged that donations to the boxes have been scarce, direct drop-offs to the Assemblywoman’s Rockville Centre office have been stronger. Robin Coffey, Griffin’s chief of staff, said that donation drives often start off slow and continue that way for most of the drive, but pick up steam in the drive’s final days.

The Kiwanis Club has also partnered with a number of businesses and organizations in Malverne to set up donation boxes, with proceeds going to Malverne students. Donation boxes have been placed at Malverne Cinema, the Malverne Public Library, Rocky’s Comics, Bee’s Arts and Crafts Studio, and Village Hall, requesting backpacks, notebooks, art supplies, cleaning supplies and other materials students might need.

Those who donate could also receive a number of perks if they contribute at locations partnered with the Kiwanis Club. The Malverne Public Library would waive up to $5 in late fees for books for anyone donating, and Bee’s Arts and Crafts is offering a $5 discount on any purchase of more than $30 to those donating.

Even though boxes from both Griffin and the Kiwanis Club have been placed at the library building’s front and back entrances, Carol Lagos, library director, has expressed concerns about whether they could fill up the boxes.

“It’s lower than it’s ever been,” Lagos said. “It’s been very slow. Usually we’re able to give the assemblywoman back at least half a box to a full box. I’m not sure if that will happen this year.”

“It’s been very slow,” she said, adding that the lack of donations could be linked to residents who are out of town on vacation.

“All of Malverne goes away this time of year. It might be that we’re spread thin with all the different boxes, or people might be burnt out with how frequently they see postings for donation drives.”

The American Legion had originally planned on placing donation boxes at village hall and the library, but has since reconsidered fearing they would conflict with the current boxes placed around town.

“The collection is for students of military families stationed at the Marine Corps base in Garden City,” said Carol Hassett of the legion. “So it’s right here. There are approximately 150 kids involved of school age that would need backpacks, notebooks, pens, pencils, crayons, and all those things.”

The legion has yet to announce concrete plans for its donation drive.