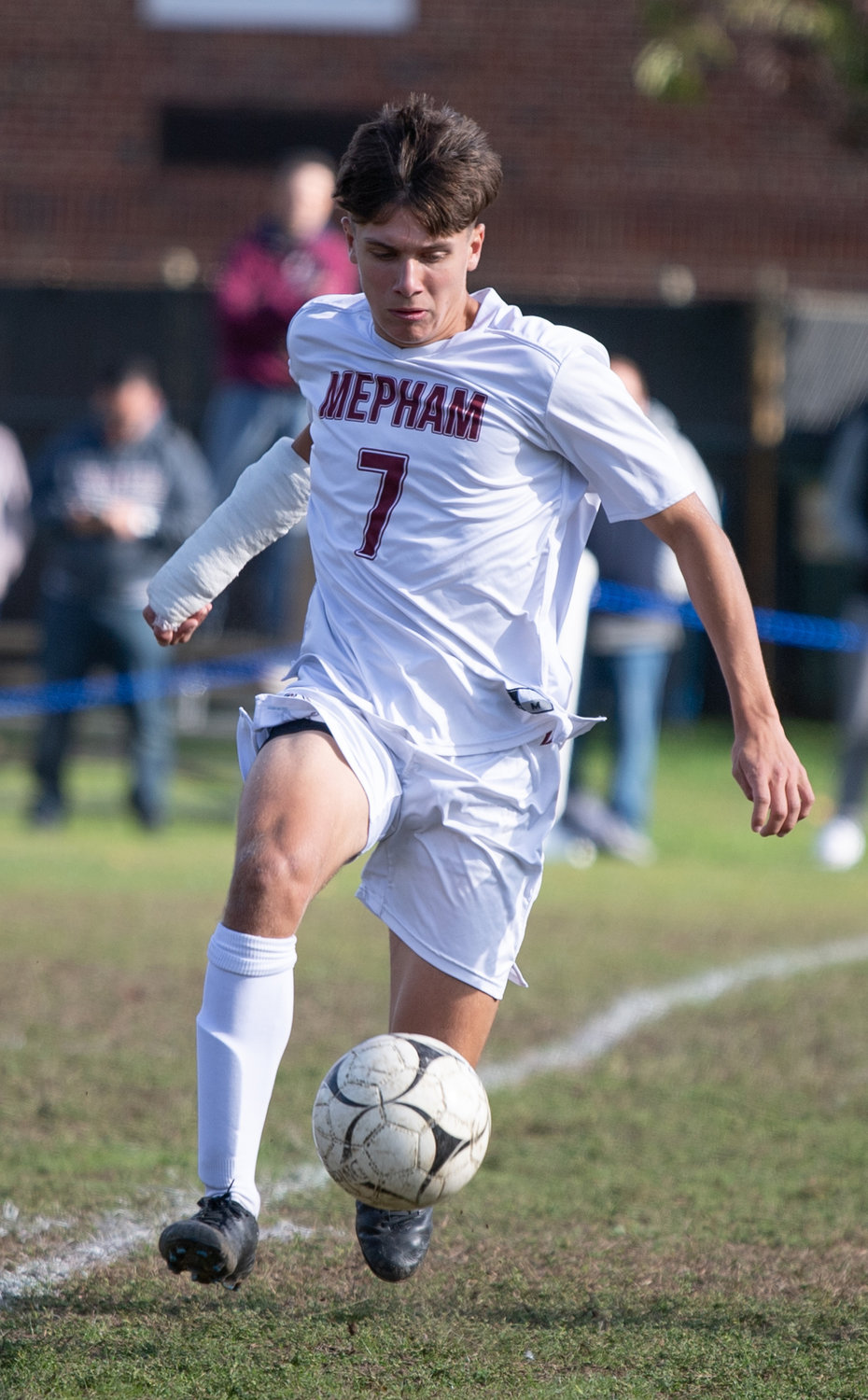 Dominic Saraceni picked up an assist in Mepham’s 2-1 victory at Hewlett in a Nassau Class A playoff matchup Oct. 19.
Media Origin Inc./Herald 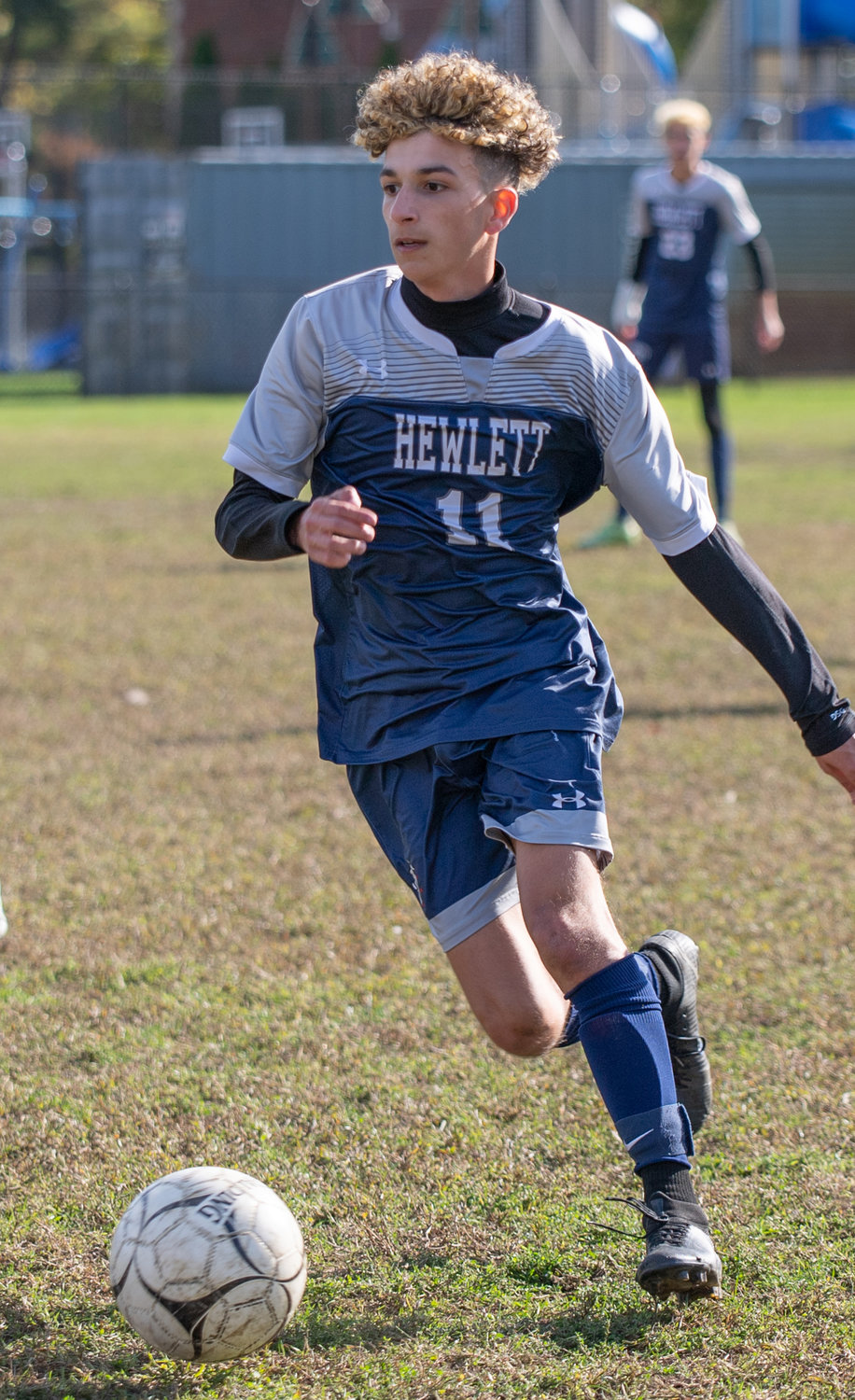 Going on the road to play a win-or-go-home postseason game is no easy task for any team.

No. 20-seed Mepham’s boys’ soccer team had a tough challenge Oct. 19 as it took on No. 13 Hewlett in the opening round of the Nassau Class A playoffs. Two first-half goals by the Pirates set the tone and was all they needed to advance, defeating the Bulldogs, 2-1.

All three goals in the contest came during the first half with the opening goal by Mepham’s Konstantinos Karousis less than two minutes into the game. Since the match took place on a grass field the Pirates were unaccustomed to, they made the best of the conditions by adjusting their offense with shots from distance.

“It was difficult today to even put passes together,” Mepham coach Zach Gosse said. “If it takes a bad hop, you see what can happen and it showed on our first goal.”

Just two minutes later, Hewlett’s Ryan Goodman scored the equalizer off a throw-in. The senior was noticeable on all of his throw-in opportunities and provided plenty of dangerous scoring chances.

“It’s just instant offense,” Hewlett coach Jesse Corben said. “We would prefer a throw-in rather than a corner kick just because he’s able to place that ball wherever he wants to.”

At the 15 minute mark, Mepham defenseman Jeffery “JD” Decina made his presence felt by scoring the eventual game-winning goal off a rebound. The senior had just one tally during the regular season, but his clutch playoff goal held up.

“I feel like it motivates them to know that anyone can get involved,” Decina said. “If you’re aggressive, you can find a way to put the ball in the net.”

The Pirates had a big opportunity to go up two goals in the first half as junior Kyle Persaud was awarded a penalty kick at the 18 minute mark, but his chance was stopped by Hewlett senior goalkeeper Matteo Preziosi.

“That definitely got us going when he made that save,” Corben said.

A high-paced opening half didn’t carry over into the second half as Decina and the Pirates knew things had to change if they wanted to advance.

“Going into the half, we knew we had the lead,” Decina said. “We’ve lost a few games letting up goals late, so we brought our center-mids back and it really worked out.”

Goalkeeper Jake Hislop stole the show in the second half for Mepham and stopped every shot he faced. The freshman finished the day with eight saves. Dominic Saraceni and Mark Diener assisted on the Pirates’ goals.

After tying Plainedge earlier in the regular season, Mepham will look to come out on top in the rematch on Friday as it continues its playoff journey.