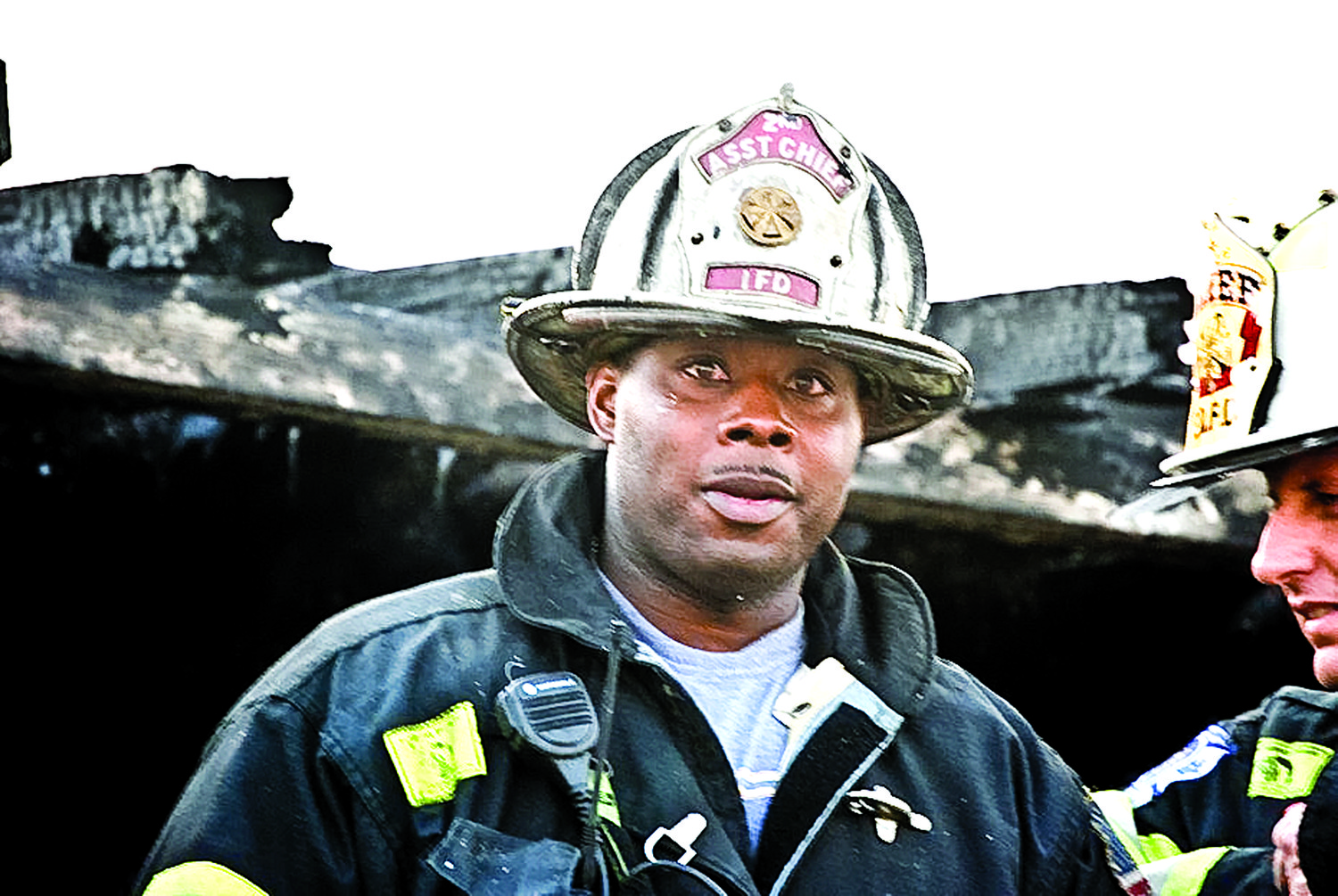 Renaming Negro Bar Channel, a waterway in Inwood, for Joseph Sanford Jr. above, is one step closer to becoming a reality as the Senate unanimously approved it on Aug. 1.
Bill Kelly/Herald
By Dena Gershkovich and Jeff Bessen

An idea first introduced by the Town of Hempstead nearly two years ago is one step closer to fruition as the legislation introduced by U.S. Sen. Chuck Schumer (D-NY) last year to rename an Inwood waterway in honor of deceased volunteer firefighter Joseph Sanford Jr. passed unanimously on Aug. 1.

Sanford, an Inwood resident and member of the community’s fire department, died of his injuries four days after falling through the collapsed first floor of a Woodmere home on Central Avenue on Dec. 19, 2014. He was the first person who responded to the fire call.

A channel not far from Sanford’s Davis Avenue home was called Negro Bar Channel since 1963 by an act of Congress, and before that was called by an even more vile epithet. Town officials led by then Supervisor Anthony Santino began the name change campaign in 2016 to not only eliminate the offensive terminology but to remember Sanford in perpetuity. In 2015, town officials dedicated a street sign on Davis Avenue in honor of Sanford. Twenty-five percent of Inwood’s population is black.

Santino said that he appreciates Schumer’s effort in following through on getting the legislation approved and looks forward to the House of Representatives following suit. “I think it’s great,” Santino said, “I think Joe Sanford was a real hero and it’s a double win as [the name change] removes a terrible, ugly racist name from our nautical maps.” He noted that the channel is within sight of where Sanford lived in Inwood.

Schumer took up the cause in June of last year. “The channel’s current name is of an another era, but Joseph Sanford Jr. is a hero for all time; a man who gave his life to make us safe, and one who is fully deserving of having this channel named after him,” Schumer said previously. “This is a no-brainer and that’s why I will do everything in my power to make sure that the feds move into the modern age, and rightfully rename the waterway in honor of a deserving local hero.”

The bill was needed because the U.S. Board of Geographic Names in Reston, Va., requires a five-year waiting period before renaming waterways after people who have died. The board, which is comprised of members from six federal departments and the Central Intelligence Agency, the Government Publishing Office, the Library of Congress, and the U.S. Postal Service, rules on hundreds of naming decisions each year. It maintains databases, which contain millions of domestic and foreign-name records. To change a name, the board reviews applications. After approval, the National Oceanic and Atmospheric Administration officially changes the name and publishes new nautical charts.

“Our family is so grateful for the efforts of [former] Supervisor Santino, the town board and Senator Schumer in renaming the waterway in honor of my husband Joseph,” said his widow, Jacqueline Sanford.

The bill needs to be approved by the House of Representatives before going to the president to be signed into law. “Without a doubt, the so-called Negro Bar Channel in my district needs to be renamed, and Joseph Sanford is a very appropriate person to honor in that regard,” said Rep. Gregory W. Meeks, a Democrat, who will introduce the legislation.