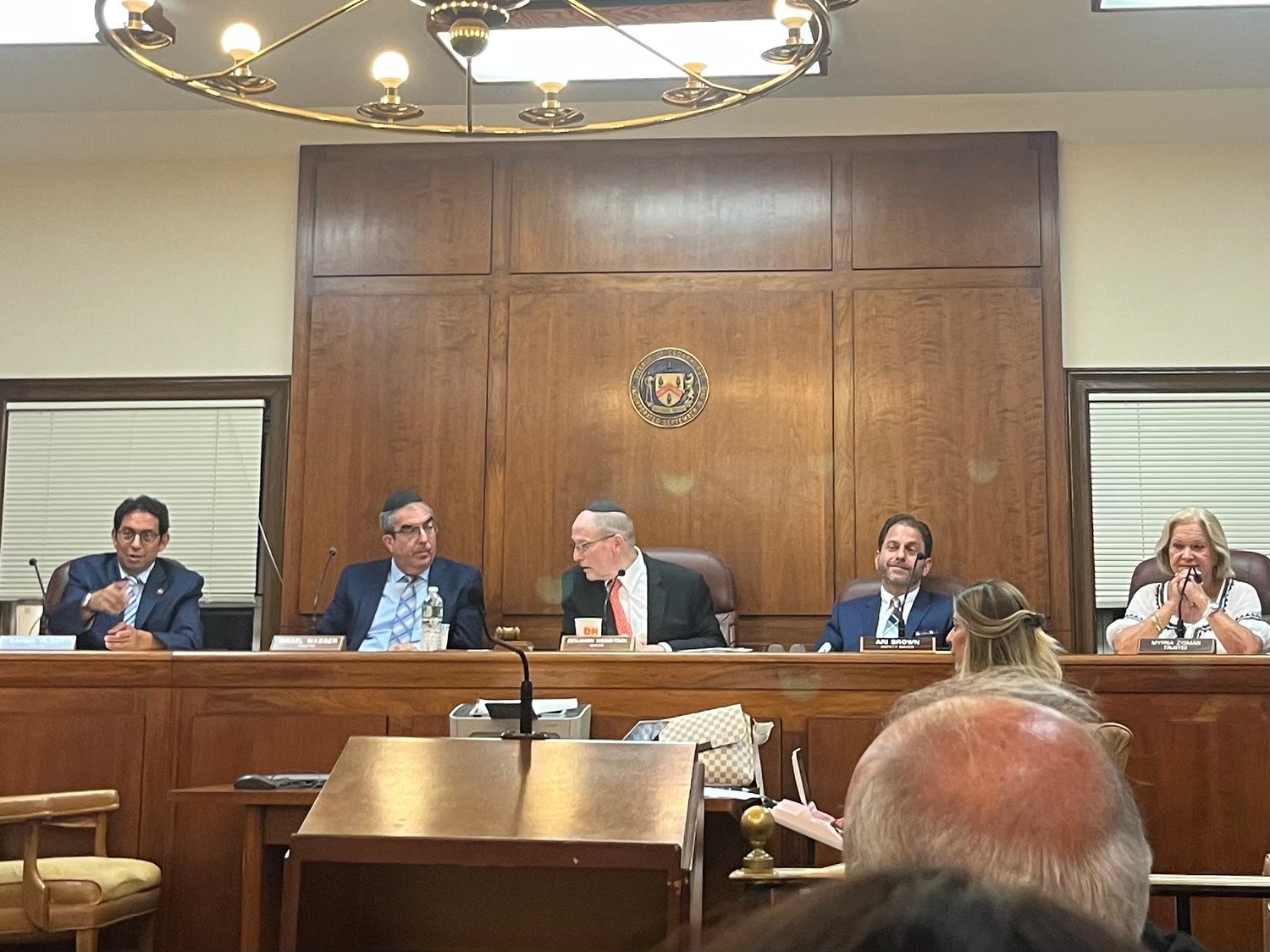 Cedarhurst’s Pearsall Avenue, connecting Rockaway Turnpike and Washington Avenue, has several vacant commercial sites on its south side. The north side is mostly residential, with a smattering of office buildings.

The Cedarhurst village board unanimously approved the implementation of an overlay district and a slightly scaled down version of the Pearsall Project on Monday by lopping off a floor from each of the three buildings that will be built and 14 units from the plan’s original total of 112 units.

The controversial project was the subject of two well-attended public hearings in the Lawrence High School cafeteria on Aug. 4 of last year and June 8.

A majority of Cedarhurst and Five Towns residents opposed the project based on the possibility of increased traffic volume in an already densely populated area and the impact on their quality of life that a three four-story building development with 112 apartments on 2.5 acres on Pearsall Avenue could create.

Establishing the overlay district allows the village to change the zoning to permit the Pearsall Project to be built. The new project will have no less than the number of parking spaces required by the village code and will have two surface parking spaces at each building for delivery vehicles. With no overlay district, the current zoning allows the developer, Pearsall Rock LLC, led by Tommy Lieberman, to construct a 95,000-square-foot office building with 475 parking spaces.

The overlay district gives the village the opportunity to adopt a zoning code that provide additional zoning benefits. The developers at Pearsall Rock LLC will widen a section to the entire length of Pearsall Avenue by five feet. The village will construct stacking right and left turning lanes on Pearsall Avenue — meant to help mitigate the heavy volume of traffic on Rockaway Turnpike.

No public comment was allowed on the Pearsall Project at the Monday meeting, however the 10 people who attended voiced their opposition even to the scaled down version by grousing about the decision after the 5-0 vote by the Cedarhurst board.

The board also adopted documents that go through, item by item, each concern that was raised by the public about the project, which is available to be viewed by the public upon contacting the village.