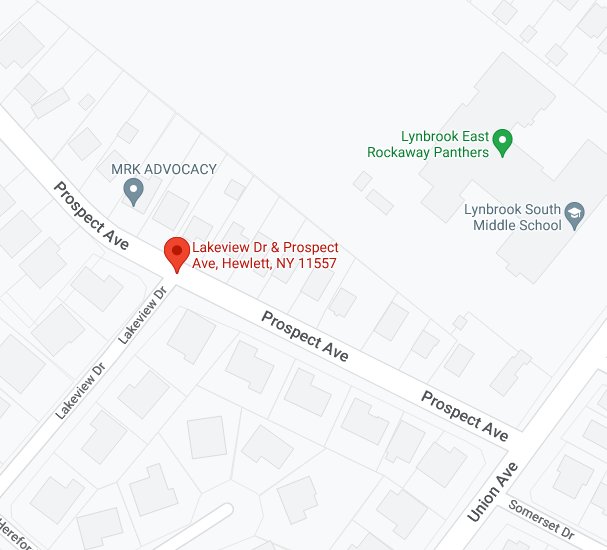 Nassau police and Hewlett firefighters helped rescue a severely injured man after the truck he was driving crashed into three parked vehicles and a tree in Hewlett on May 10.
Google Maps
By Jeff Bessen

Using all the tools at their disposal, Nassau County police and Hewlett firefighters rescued a man who suffered severe injuries after a yellow 2017 GMC box truck struck three parked vehicles and a tree in Hewlett on May 10, police said.

The first-responders at the scene found the damaged truck laying on its side at the intersection of Prospect Avenue and Lakeview Drive at 1:47 p.m.

“ESU [Emergency Services Unit] officers along with the fireman employed Holmatro Rescue tools including rams, spreaders, cutters and hydraulic pumps in the extensive rescue effort to safely remove the driver,” police stated in the news release.

The man suffered severe injuries to both legs, according to police. One leg was stuck in the firewall of the truck. “ESU officers used great care and precision to perform this extrication,” police said in the release. The man was taken to a local hospital for treatment. No other injuries were reported, police said.