Jack Bixhorn returns to the district 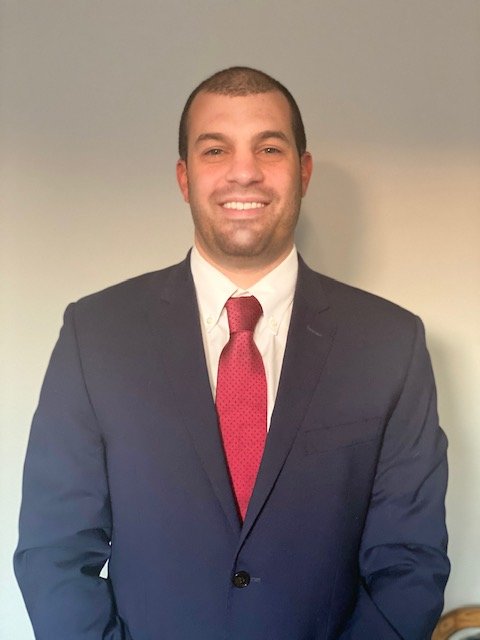 Jack Bixhorn was recently appointed principal of Rhame Avenue Elementary in East Rockaway. He will begin his work with the district on Aug. 22.
Courtesy East Rockaway School District
By Daniel Offner

A new face will welcome Rhame Avenue Elementary School students when they return to class in September.

Jack Bixhorn, the school's incoming principal, fills the vacancy Aug. 22 left by former principal, Dr. Aysesha McArthur. Bixhorn returns to the halls of Rhame Avenue where he served as an administrative intern and as a teacher.

“I know the students are ready to learn,” Bixhorn said. “The staff is caring, and the community is eager to partner with the school. I am excited to collaborate with all stakeholders to foster a safe and caring school environment that promotes student success and well-being.”

Bixhorn began his administrative career with an internship at the Rhame Avenue Elementary School, which he said, helped provide him with a greater understanding of just how important and special the school's principal is to the community.

“I am thrilled to return to the Rhame Avenue School,” Bixhorn said in a statement. “During my time as a teacher in the school, I got to know the amazing students, staff, and parents. I was provided with professional growth opportunities and the chance to collaborate with dedicated colleagues. The school and community were welcoming and supportive.”

He was an algebra and special education teacher at the Dr. Richard Izquierdo Health and Science Charter School in the Bronx, early in his career, and later went on to teach sixth-grade math and science at Rhame. Eventually, after receiving tenure, he became the school's elementary math specialist.

During his time at Rhame Avenue, he worked closely with sixth-grade students to ensure their voices were heard. Under his guidance, the students wrote letters to state representatives expressing why they felt funding for schools is so important in shaping their future.

Bixhorn said the concept came to him after a member of the Board of Education brought up the possibility of having parents write letters to elected officials. In turn, he decided to take things a step further. “I thought about how far a million dollars would go in such a small district,” Bixhorn told The Herald back in 2017. “And I thought the best way to make that point clear wasn't to say what I would do with it, but to ask the kids what they would want from the million dollars.”

At the time, the school district was hoping to receive additional funding from the Foundation Aid program, which was frozen amid the 2008 financial crisis. The program would have provided the district with an additional $1.1 million based on its combined wealth ratio, enrollment, and finances.

Walter served as the principal of Rhame Avenue Elementary for five years, before being appointed principal of Riverside Elementary in his native Rockville Centre in 2019. He would pass on the title to McArthur, who served as the school's principal for the past three years. During her time in the district, she guided elementary school students, parents, and faculty, through the Covid-19 pandemic.

Prior to his new role as principal of Rhame Avenue, Bixhorn served as the director of technology and data for the Oyster Bay-East Norwich Central School District-a position to which he was promoted after three years serving as the district's K-12 mathematics supervisor. Before that, he worked as the assistant principal of Robert Frost Middle School in Deer Park.

“We are all excited about Mr. Bixhorn's return home,” Superintendent James DeTomasso said in a statement. “He will continue to move the district forward academically and meet the social and emotional goals of the students.”

Bixhorn graduated from St. John's University with a dual master's degree in elementary and special education. He holds a middle school mathematics extension certificate and completed a post-graduate educational leadership program in school building through The College of Saint Rose.

“Of course, Dr. McArthur will be missed,” Rhame Avenue PTA co-president Amber Tobia said via email. “She was an asset to our community. We hope for the same in the new principal.”