Meeting set for Sept. 27 at 6 p.m. at Five Towns Community Center in Lawrence 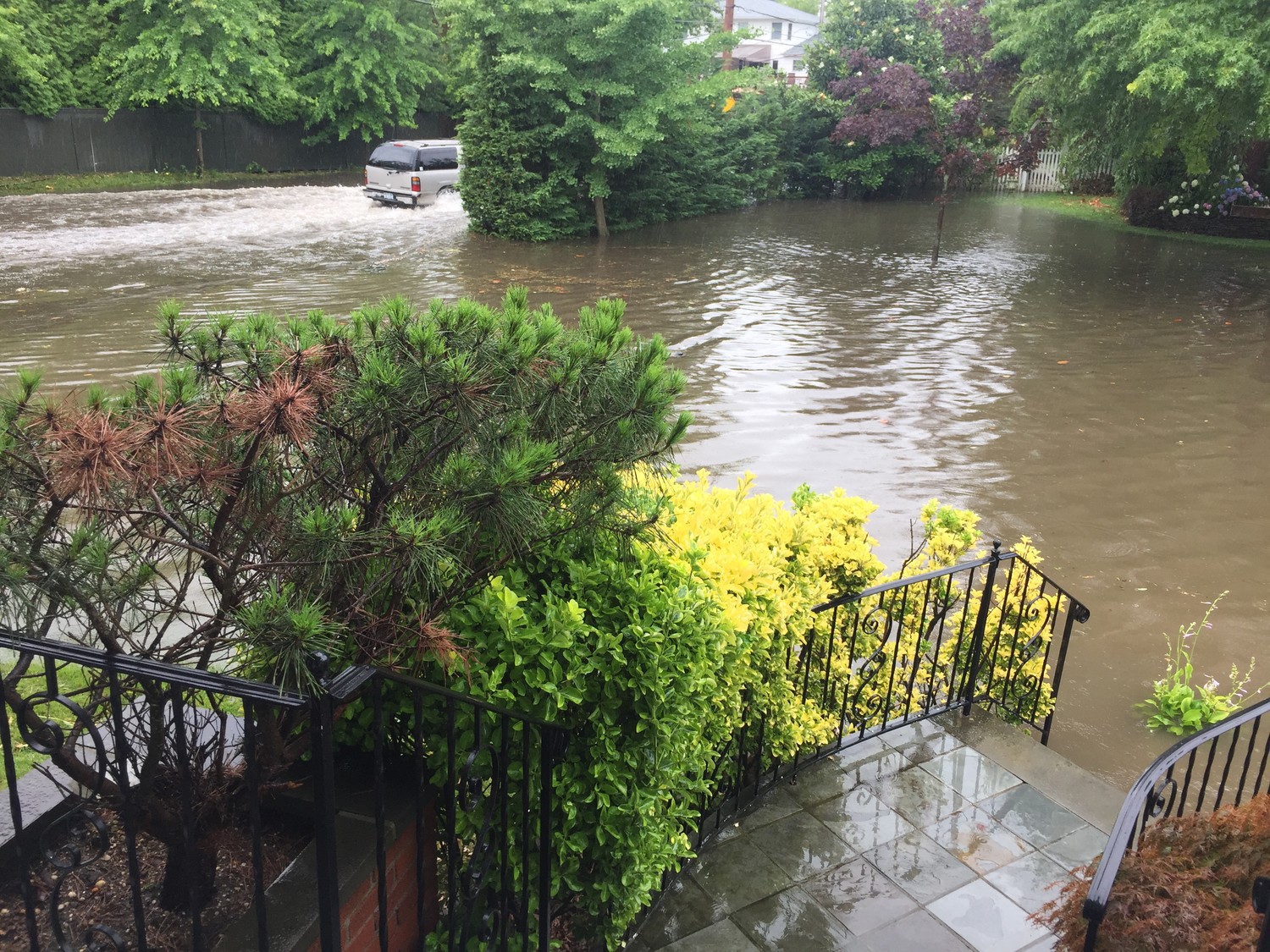 Flooding occurs repeatedly in certain areas of Lawrence. Above, a resident drive through water at the intersection of Medlow Lane and Marbridge Road.
Courtesy Mira Konigsberg
By Tyler Marko

The devastation wrought by Hurricanes Harvey and Irma most likely stirs memories of what occurred nearly five years ago, when Hurricane Sandy swept across the South Shore. For some that nightmare constantly recurs, as even a light rain has the potential to flood roads, submerge cars and ruin basements in parts of the Five Towns.

These residents will have the opportunity to voice their opinions on the Community Reconstruction Program projects proposed by the Governor’s Office of Storm Recovery to hopefully mitigate flooding in the area, and prepare for the next major storm.

Officials from the storm recovery office and Nassau County’s Department of Public Works will hold an open-house style meeting at the Five Towns Community Center on Sept. 27 at 6 p.m. The center is at 270 Lawrence Ave. in Lawrence.

According to the DPW, all recommendations will be shared with public at this meeting on display boards featuring schematics and flood reduction details for each community. Officials will also discuss and record any feedback from residents.

Plans were already shared with Lawrence Mayor Alex Edelman, DPW workers and a representative from State Sen. Todd Kaminsky’s office on Sept. 13. This meeting allowed community officials to offer their input so state officials could reevaluate before presenting the plans publicly.

Due to the size of the Five Towns, state officials have been conducting evaluations on the area for several months. The study’s goal had been, “To address areas that have been identified as historically vulnerable to localized flooding due to tidal backflow, limited drainage capacity/overflow, topographic low points or a combination thereof,” storm recovery officials stated in a media release.

“Numerous drainage problem or focus areas were identified in the CRP as well as through meetings with community officials which warranted additional study before potential improvements could be proposed and implemented,” said Catie Marshall, a spokeswoman for the storm recovery office.

Based on figures provided by the state, $27 million was allotted for all Five Towns Community Restoration Projects, of which $19 million is dedicated to alleviating flooding.

At a meeting between residents and elected officials on Aug. 28 at the Lawrence Yacht & Country Club, Kaminsky said he wasn’t sure if $19 million would be enough to fix everything. Most likely it will not be, as state officials said that some improvements will have to be done by county, town and village governments.

“It is my understanding that they have been selecting from the set of approved projects for cost analysis, environmental impact and effectiveness,” said Bob Block, co-chair of the Five Towns Committee.