Staying active to achieve more in the classroom 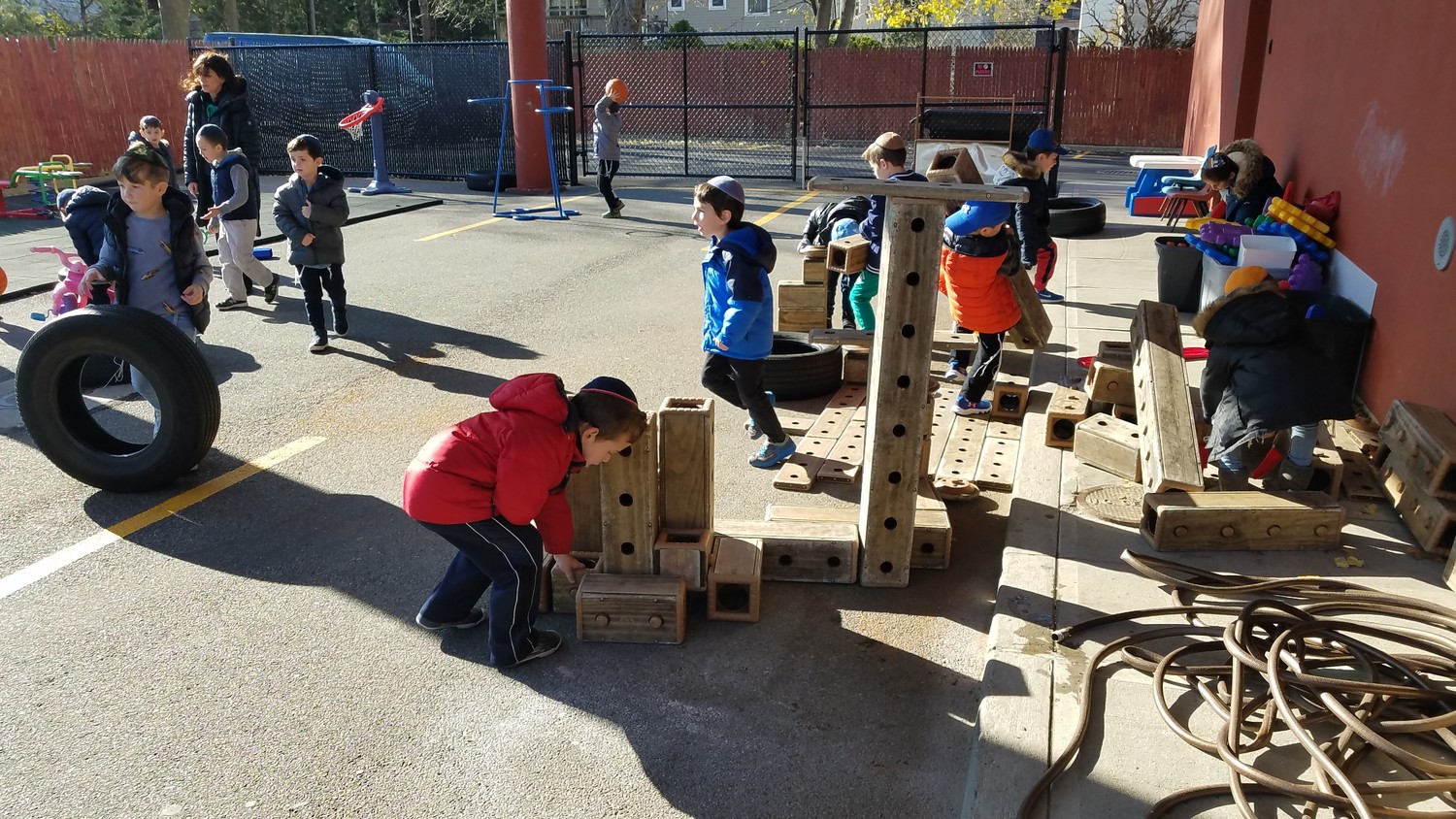 Hollander Early Childhood Center students get 20 minutes of recess in the morning and 20 minutes in the afternoon.
Courtesy Yeshiva of South Shore
By Tyler Marko

Whether it was climbing on the monkey bars, pumping your legs on the swings or playing tag, odds are that recess was one of the few activities that made those grueling schooldays fun. That break from sitting at a classroom desk to expel excess energy are likely some of your fondest school memories.

A 2009 study by the American Academy of Pediatrics showed that when 8-to 9-year-old children have more than 15 minutes of recess their teachers would report better behavior scores, and the Center for Disease Control reported a year later that physical activity could improve academic achievement.

All the most recent studies point to recess as being beneficial to young students, however, according to a 2016 study Bridging the Gap, an organization to assess the impact of policies, programs and other environmental influences on adolescents, 65 percent of American school districts did not require daily recess for their elementary students during the 2013-2014 school year.

Locally, schools are aware of the benefits to giving students more time for recess. Three years ago the Lawrence School District made a change, from giving fifth to eighth grade students 25 minutes for lunch to giving them a full 50-minute period. With this change all grades were given enough time to eat lunch and then go outside.

Some high school students choose to opt out and take another class, but Superintendent Dr. Ann Pederson is aware of the importance of balancing schoolwork with a break.

“During recess social skills are in play along with a much needed ‘brain break’ to allow for better attention to afternoon classes,” she said. “I recall my teaching days and I saw firsthand the improved attention to task after lunch if the learners had gone outdoors for recess.”

Pederson said, that students typically have around 20 minutes after eating for recess in addition to exercising every other day in physical education class. That amount of time is precisely what the National Association for Sport and Physical Education recommends to have a positive impact on children’s academic and overall development. It is a nonprofit organization that seeks to increase support for quality physical education programs.

Students at Hewlett-Woodmere have a similar amount of time for recess, according to school officials. From kindergarten to fifth grade students get 25 minutes per day, from sixth to eighth grade they get 20 minutes per day. High school students don’t get time specified for recess.

Yeshiva of South Shore in Hewlett gives children at the Hollander Early Childhood Center, which includes nursery school, kindergarten and pre-1a (students not in first grade), 20 minutes of recess in the morning and 20 more in the afternoon.

“[Recess] is a time to run, play, socialize, strengthen your fine motor skills, fill your lungs with air,” said Elana Fertig, the school’s director. “There are so many times in a day when children are told to ‘use inside voices’ or ‘sit still,’ that the opportunity to run and play gives them more strength and energy to focus on what they are learning later.”

Elementary students at Yeshiva of South Shore Elementary, first- through fifth-graders, get 35 minutes of recess divided up throughout the day. “We understand that boys need movement and we structure the day so they are not sitting still for more than an hour at a time,” said Rabbis Avraham Fridman and Avraham Robinson, the principals at Yeshiva of South Shore, in a joint statement. “We believe that the boys’ physical movement propels them towards academic success.”