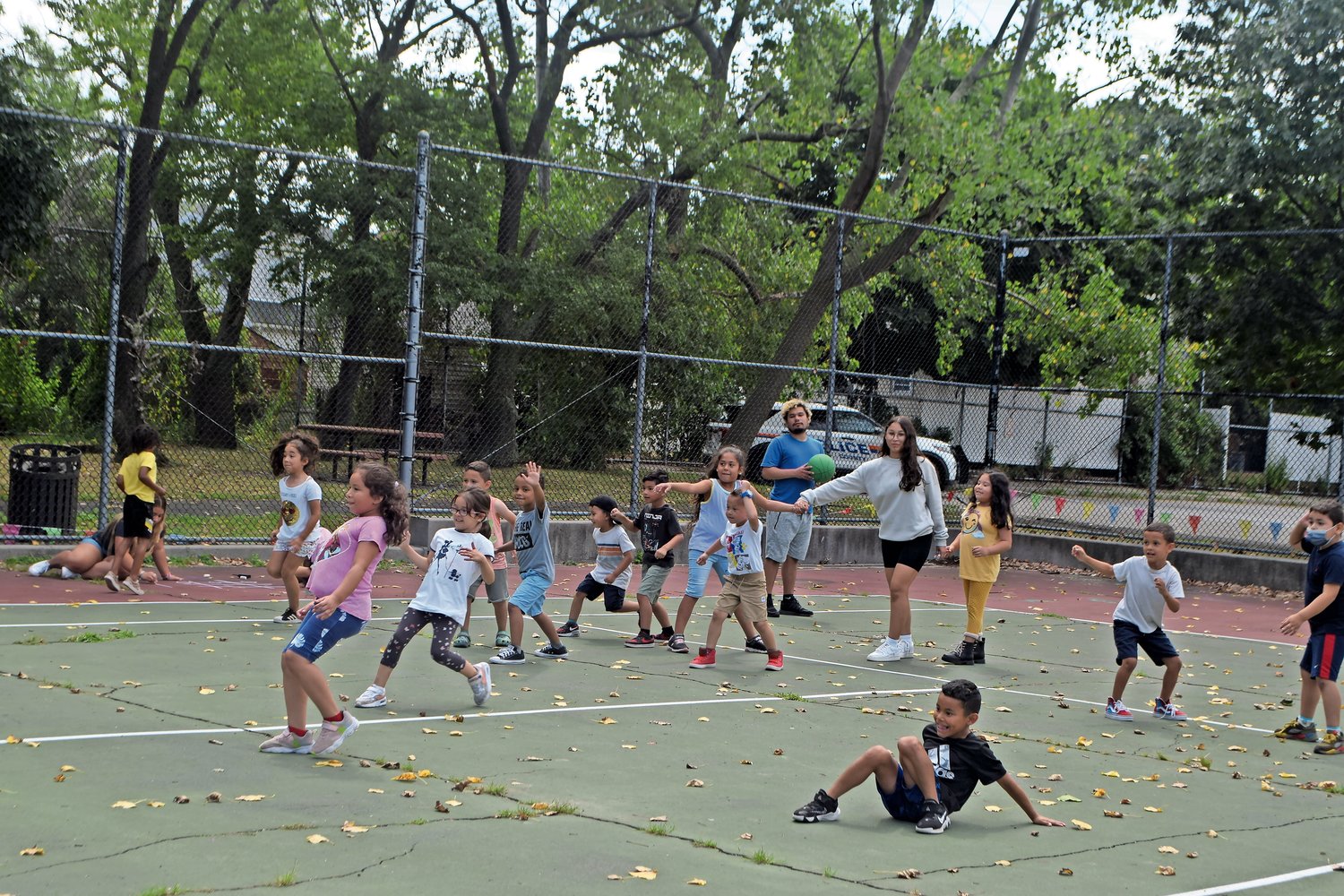 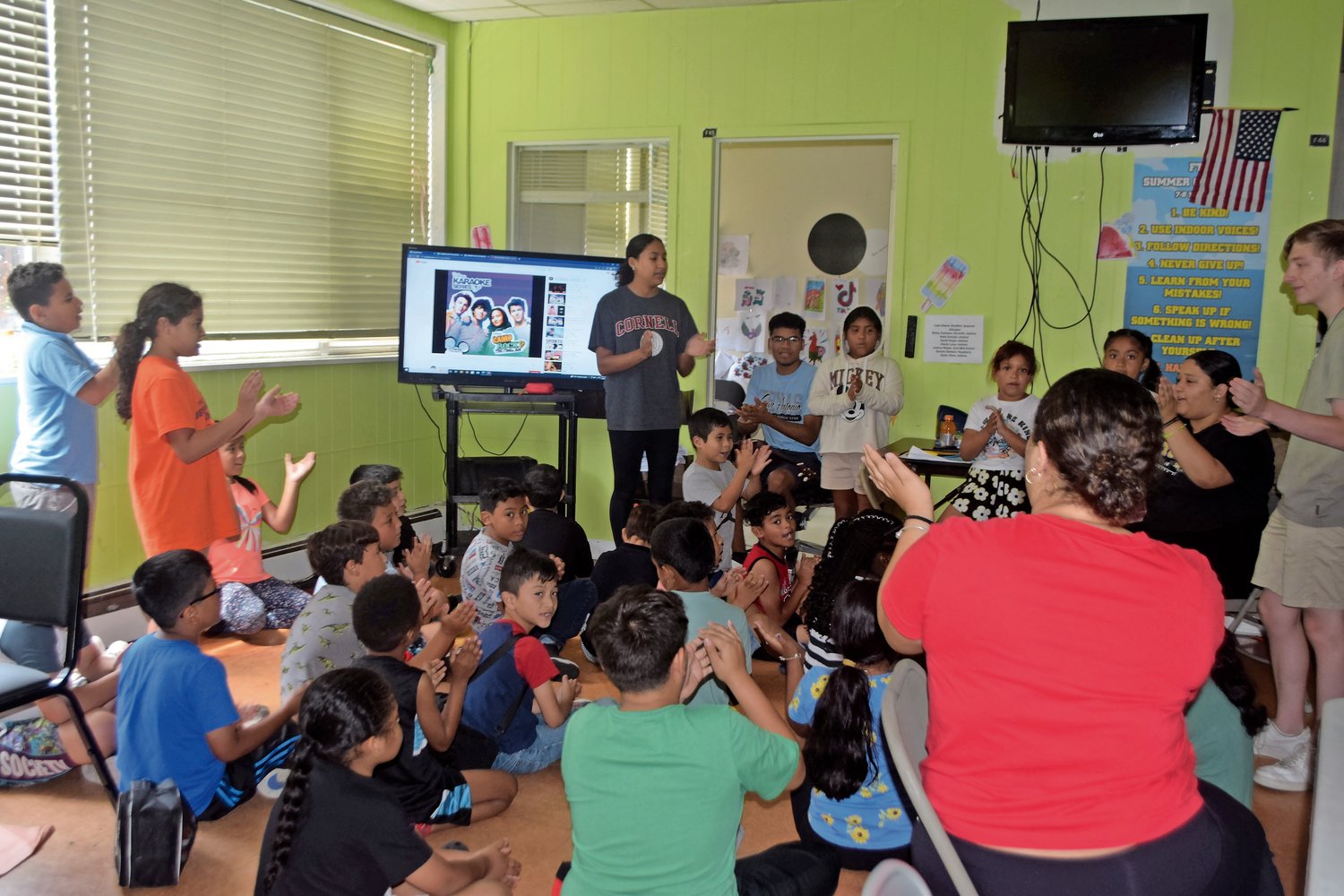 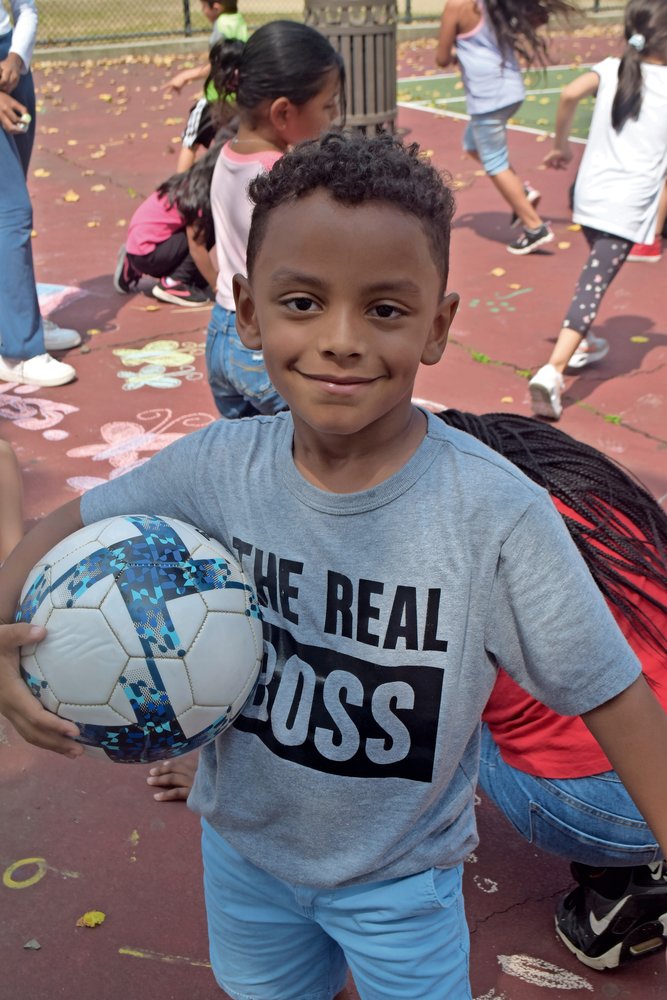 Derek Amendola, 5, appeared to be the example of a happy camper on July 28.
Jeffrey Bessen/Herald
Previous Next
By Jeff Bessen

Walking briskly through the Five Towns Community Center building, camp director Sasha Young led a Herald reporter to and fro the individual rooms and then outside where more than 100 campers were taking part in activities from rehearsing for the Aug. 4 camp talent show to playing the children’s game redlight-greenlight.

The six-week camp began on July 5 and ends Aug. 12. From the traditional arts and crafts, enrichment activities, gardening, outdoor and water play, along with much more the camp offered an oasis of things to during the summer that educated and entertained the kids.

“This is our summer of smiles,” said Young, who also runs Gammy’s Pantry, a free distribution of food, clothing and other items, along with overseeing the Community Center’s food distribution partnership with Long Island Harvest inside the building on Lawrence Avenue in Lawrence. Nerthi Sanchez runs the middle school and high school portion of the camp.

In two of the rooms groups of children led by their teenage counselors rehearsed their songs using video to learn the words giving the summer space the feel of a youth center karaoke bar. All the songs focus on coming together and self-esteem, Young said.

Outside a group of children were using the basketball court as a multi-purpose space playing redlight-greenlight, bouncing and kicking balls around with some shooting at the kid-sized hoop and others, mostly girls, were decorating the space with nicely drawn chalk drawings.

With Inwood Day on Aug. 13, campers have a shot at earning VIP status that will award them unlimited ices as well as access to the exclusive game area, unlimited access to the photo booth and two DJ song requests, 10 free raffle tickets and all day participation in the what Young called the “awesome youth area” with bouncy attractions and obstacle courses at that Saturday event at the Community Center, 270 Lawrence Ave., Lawrence, from 2 to 6 p.m.