Summer is in, seniors are out at Lawrence High School 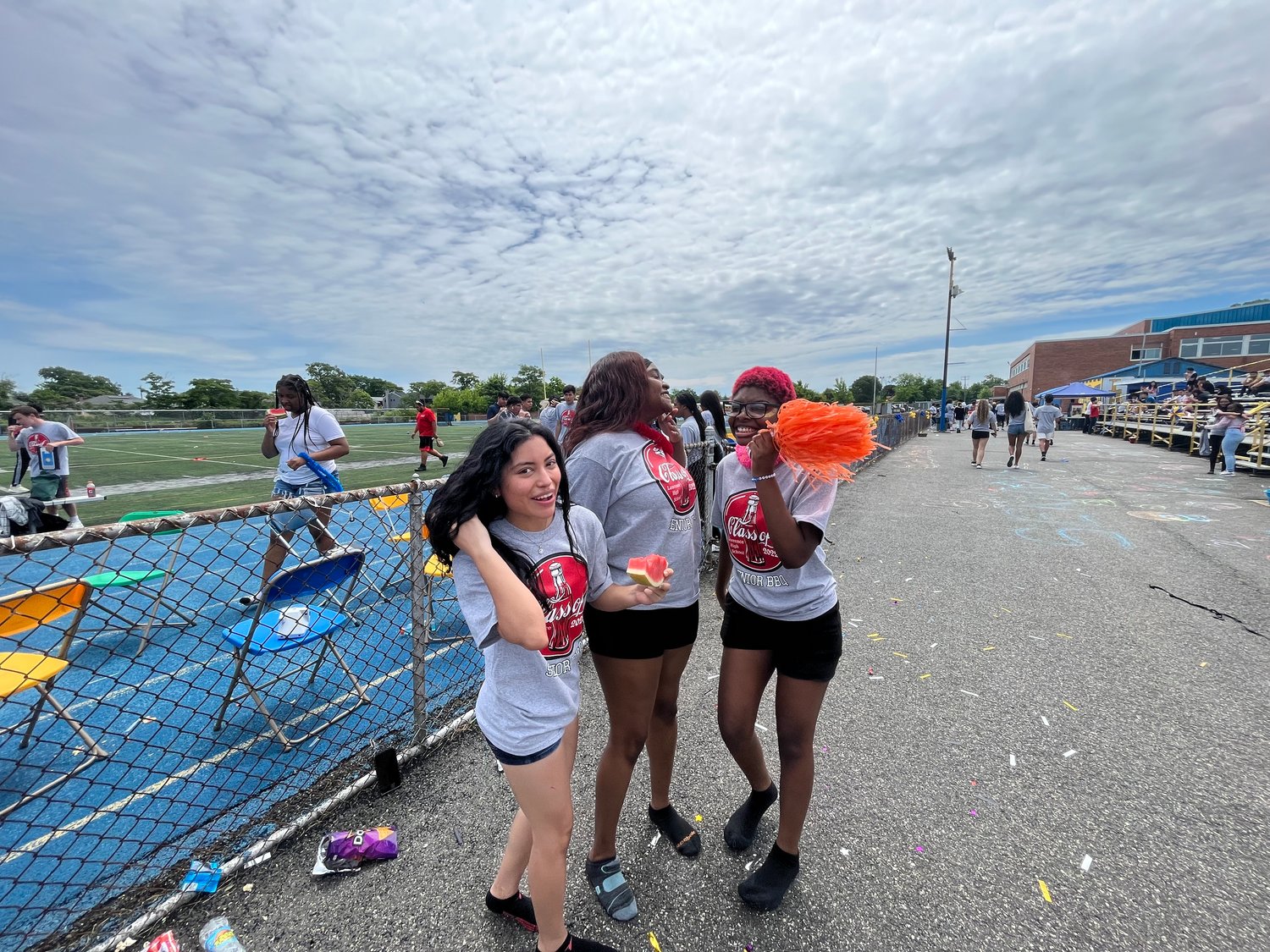 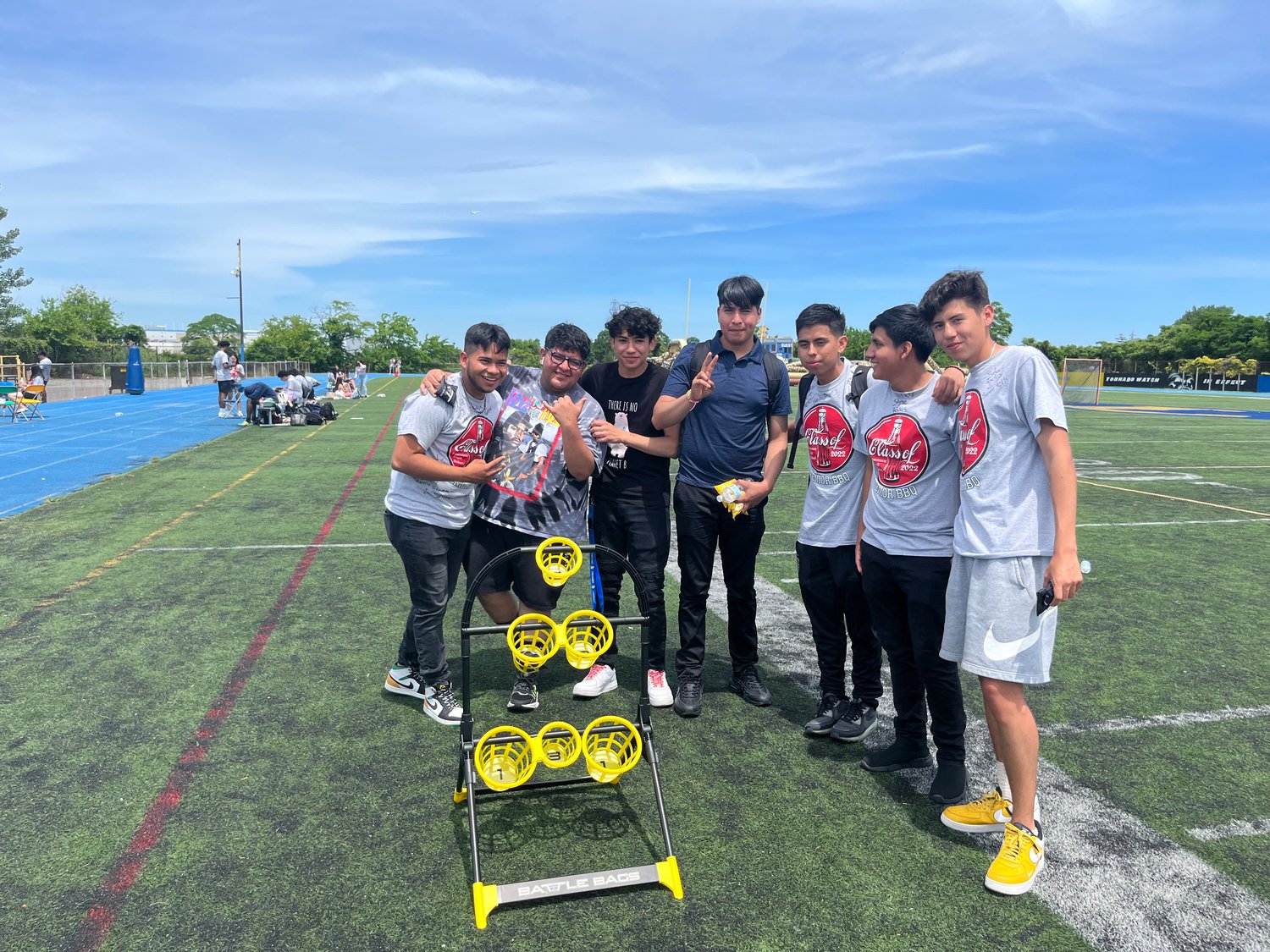 I think we really missed out on memories and events that we could have had together.”
Gabrielle Domanas, LHS senior
By Lisa Margaria

After enduring a pandemic-plagued two-plus years, members of the Lawrence High School class of 2022 celebrated the end of their high school careers at the third annual Senior BBQ June 14 on the school’s athletic turf football field, eating, playing games and reminiscing about the last four years.

The Senior BBQ is “a proper goodbye,” class Student Government Treasurer Youry A. Tundidor said at the event, when the entire class gets the chance to spend the day together and sign one another’s yearbooks.

The barbecue is “really special,” class President Gabrielle Domanas added, “because it gives us all an opportunity to get together one last time and just really enjoy each other’s company with music and dancing and games.”

The event required “a lot of organizing and polling,” Polanco said, crediting not only the Student Government, but also the senior class as a whole, the PTA and the class adviser, Irina Bayeva, for a successful setup. This annualo event was created by the LHS PTA in 2019 with the help of Bayeva and the class of 2019.

“Fundraising will be a big thing next year,” Young said, “because our budget was $1,000, and this cost us $3,500.” The senior class fundraised a portion of that money while the rest came from donations from the Community Chest South Shore, Gammy’s Pantry and the Five Towns Community Center in Lawrence.

Domanas said that her experience at LHS had been “unforgettable — definitely different because of Covid — but I think that our class still found a way to get together and have fun, and just enjoy the last four years we've had together.”

“Our grade didn’t really start off as close as we are now,” she added. “We only started getting close after Covid, so I think we really missed out on memories and events that we could have had together to make us closer. But it’s a good thing that we have the rest of these events towards the end of our year to get us together one more time.” Lawrence’s senior prom was scheduled for Wednesday, after the Herald went to press, with graduation on Monday.

Four years of high school “went by a little too quickly,” Tundidor said. Though he said he was “very glad to start a new chapter” in his life, he added that he felt as if he had missed out on much of his high school experience because of Covid and online learning.

“I feel like we were robbed of, like, a year and a half because of the pandemic,” Tundidor said. “But honestly, I feel like we made a really good comeback, and this year we made the most of it with so many events, like the Six Flags trip and all that. So I think we've made the most of the year.” He added, “There were just so many more things we could have done, but I try not to look at it that way and just [look at] what we did now to make up for that — and I think we have made up for it. I think a lot of people are happy with the way this year turned out.”

Tundidor, Polanco and Domanas said they would miss their classmates, some of whom they’ve known since pre-K, and the Lawrence teachers, who “have been very impactful for us,” Tundidor said, “and they've almost become like parental figures.”