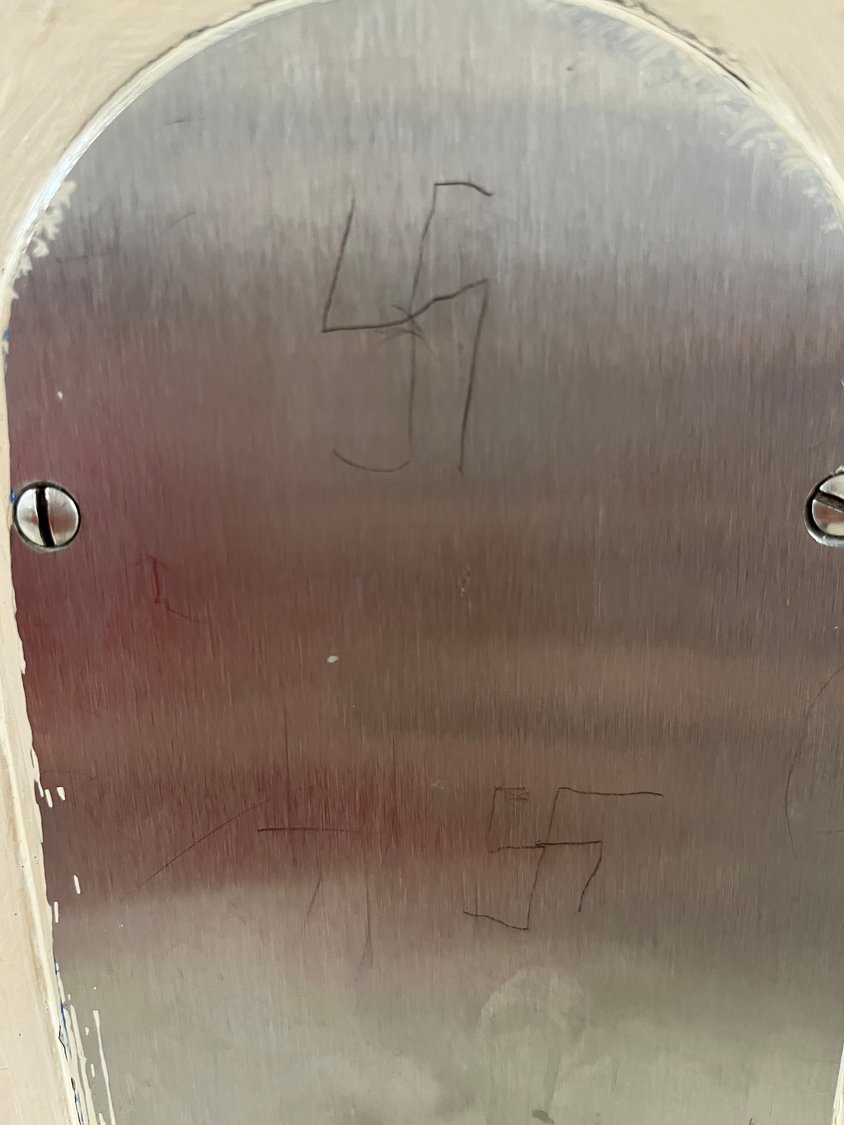 Two swastikas were etched on a metal plate in a hallway of Lawrence Elementary School at the Broadway Campus in Lawrence.
Lawrence schools
By Jeff Bessen

The Lawrence School District reported that two swastikas were etched on a metal plate in a hallway of the elementary school portion of the Broadway campus that also houses the middle school.

Stating in a districtwide text that “the district is horrified," Lawrence Superintendent Dr. Ann Pedersen wrote: “This is a hate crime. Lawrence has zero tolerance for hate.” She added that the incident was reported to the Nassau County police.

“The pain caused by this is so contrary to our mission statement and the kindness I see reflected by the member of this beautiful community,” Pedersen stated. “It is terrible to report such an incident, but necessary to engage in conversation that dismantles hate.”

A hate crime is defined in New York state, as “a traditional offense that is motivated by bias. A person commits a hate crime when one of a specified set of crimes is committed targeting a victim because of a perception or belief about their race, color, national origin, ancestry, gender, religion, religious practice, age, disability or sexual orientation, or when such an act is committed as a result of that type of perception or belief. These crimes can target an individual, a group of individuals or public or private property.”