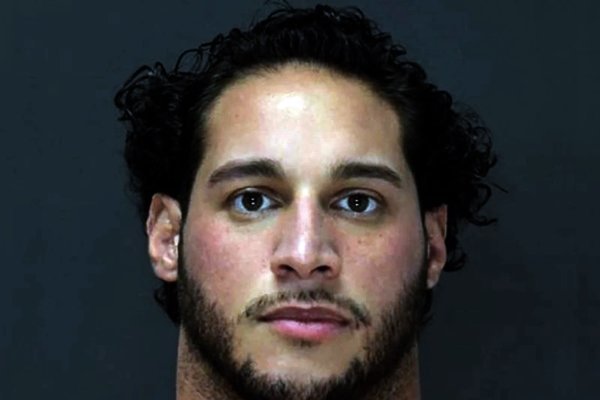 Brooklyn resident Dino Tomassetti was indicted on Feb. 7 for the alleged Christmas Day shooting of his parents in their Hewlett Harbor home.
Bergen County Sheriff
By Jeff Bessen

On that Saturday of last year, Tomassetti, 30, of Brooklyn came to his parents – Rocco and Vincenza – home with a loaded revolver, according to the indictment. An argument with his mother and his ex-girlfriend, Klarisa Perez about custody of Tomassetti’s son, ensued and then he allegedly took out the gun and shot his mother in the head. Tomassetti then allegedly hit his father several times in the head with the gun before he dropped the weapon and left.

Rocco and Vincenza both underwent surgery for their injuries at South Nassau Communities Hospital in Oceanside and a few days later they were released.

“A holiday morning traditionally marked by peace and joy was shattered when Dino Tomassetti allegedly entered his parents’ home on Christmas Day, began arguing with his family, and shot them both,” Nassau County District Attorney Anne Donnelly stated in a news release. “The defendant allegedly fled the scene and was apprehended later that day in New Jersey. The victims have made remarkable strides in their recovery and are lucky to be alive today.”

Tomassetti pleaded not guilty, was remanded, and is due back in court on Feb. 2. If convicted of the top charge, he faces a possible maximum of up to 25 years in prison.