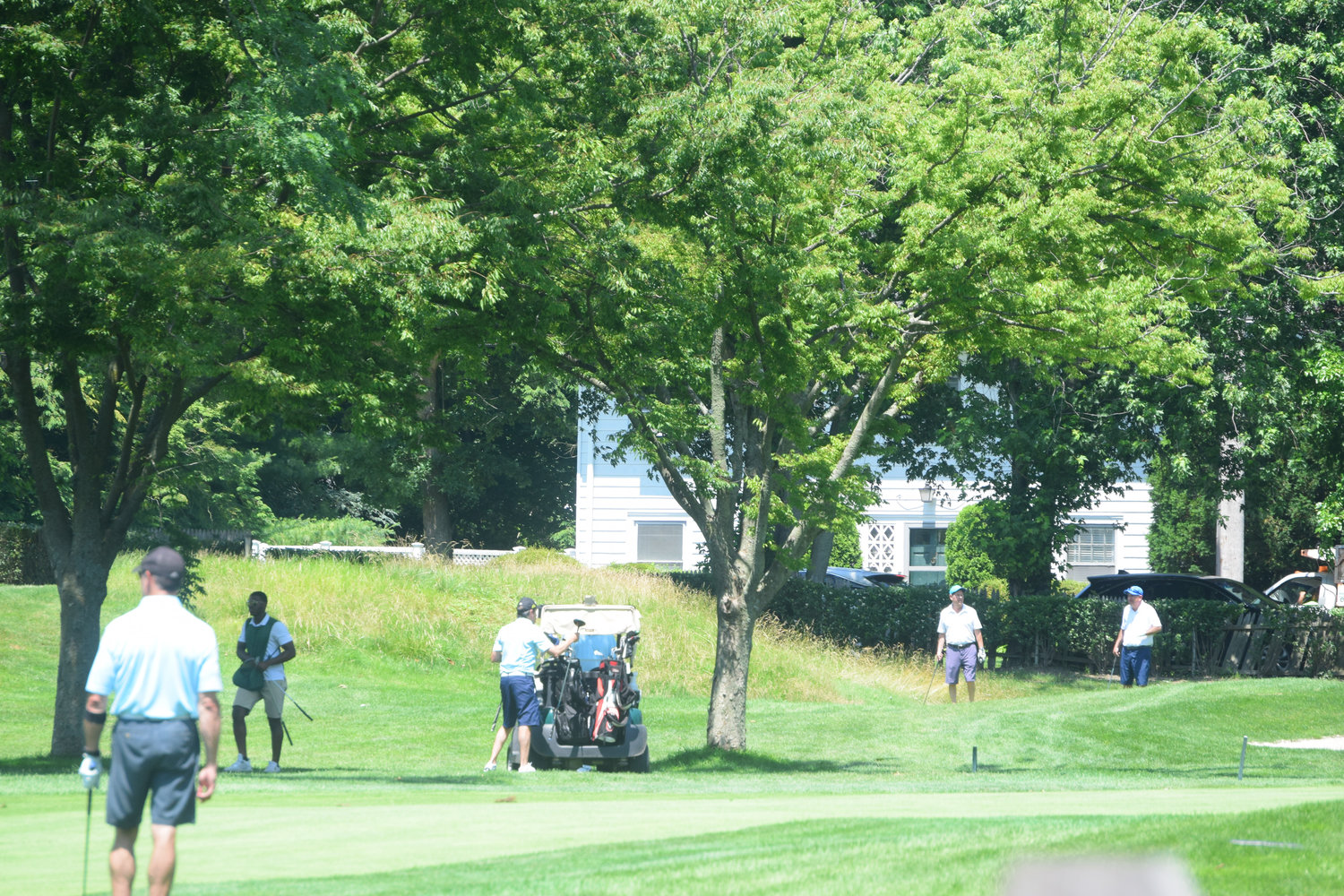 Woodmere Club golfers will more than likely have to find a new place to play, because the 111-year-old facility is scheduled to close in just over two years.
Jeffrey Bessen/Herald
By Jeff Bessen

Town of Hempstead board members were expected to meet with town attorneys this week, and then have another meeting with Cameron Engineering on Thursday focusing on the firm’s study of the Woodmere Club property.

For nearly three years, since it was first disclosed that the 111-year-old, 118-acre club was for sale, there has been much debate about what would be built on the property. The club was sold in 2017 for a little over $9 million to Efrem Gerzsberg and Robert Weiss, who assumed nearly $15 million in debt. It is expected to close in the fall of 2021.

Earlier this year, Gerzsberg and Weiss submitted a proposal detailing the construction of 285 single-family homes on 114.25 acres. The club land straddles the villages of Lawrence and Woodsburgh and the hamlet of Woodmere, and extends to within 300 feet of the Village of Cedarhurst as well. The preliminary proposal for the development, called Willow View Estates, called for 248 homes in Woodmere, 24 in Woodsburgh and 13 in Lawrence. Approval of the plan is required from each municipality. Five additional sites would be set aside for storm water basins.

Last month, Town Councilmen Bruce Blakeman and Anthony D’Esposito sent a survey to households within a half-mile of the club, whose address is 99 Meadow Drive. Residents were asked to choose between two alternatives. The first is the creation of a park district, which could increase their average annual property taxes from $2,000 to $4,000 for at least the next 20 years. The town would have to buy the club land to create a park.

The second choice, which takes into account the developers’ proposal, would restrict town rezoning of the site to reduce the number of lots from 285 to roughly 60. The deadline to return the survey was June 14. It is unclear how many were returned.

“Once we have everything in front of us and we have an understanding of what [the information] actually says, then we will move forward to let it out to the public,” D’Esposito said. Cameron’s study addressed the park district possibility, and an internal Building Department study examined the rezoning option.

On June 26, the county’s planning commission, which is the lead agency in a State Environmental Quality Review Act study on the proposed project, held a “scoping session” to collect public comments to help shape the environmental impact statement. Comments were to be collected until July 15, but that deadline was extended to Aug. 14, Deputy Planning Commissioner Sean Sallie said.

“Once the scope is accepted by the commission (anticipated in September) the applicant will be directed to prepare the draft [environmental impact statement],” Sallie stated in an email. “It is up to the applicant to submit the draft EIS.”

Mario Alex Joseph, co-president of the Five Towns Civic Association, said he did not want the developers or the planned development in the community. The association was founded in 2017 to oppose the club’s sale, and now focuses its efforts on opposing development of the land.
“The developers are businessmen who want to make a living, not improve our community — let’s not pretend otherwise,” Joseph said. “As to whether there should be any development of the land, that is a question that needs more information, community feedback and agency leadership to answer.”

While local elected officials have explored options for the club property, and moratoriums on building and subdividing implemented by the town and Woodsburgh village have not been an impediment to the proposed project, Weiss said that he and Gerzsberg remain willing to have a conversation with the interested parties. “The politicians have been studying the alternatives for our property for over two years, with no tangible results,” he said. “The courts have determined they cannot illegally delay us any further. As we have indicated numerous times publicly, we are open to discussing our project with neighbors, civic groups and the respective governments.”

Have an opinion on the issues surrounding the Woodmere Club? Send your letter to the editor to jbessen@liherald.com.