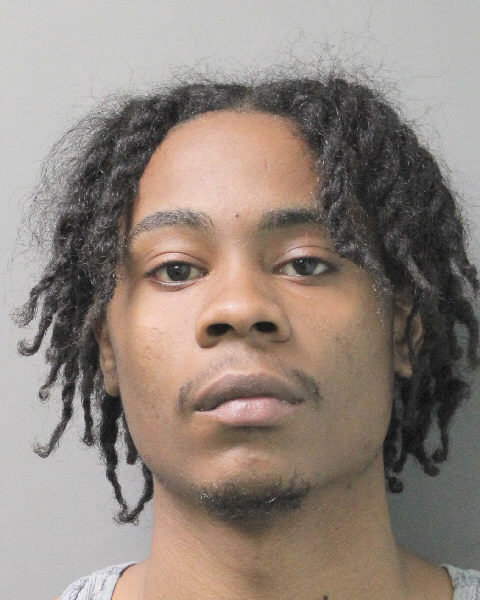 19-year-old Xavier Kewley of Lakeview was arrested on Saturday after allegedly brandishing a gun at a 40-year-old woman.
NCPD 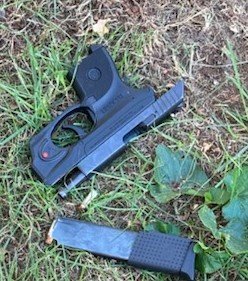 A loaded, defaced black colored Ruger LCP .380 caliber handgun was recovered from the scene.
NCPD
Previous Next
By Kyle Chin

A Lakeview man has been arrested and charged with criminal possession of a firearm following an altercation on Saturday.

At around 4:50 p.m. on Sept. 24, Nassau County police responded to a call about a disturbance at someone’s home. A 40-year-old woman was reportedly involved in a verbal argument with an unknown man accompanied by several other men. The group of men allegedly wanted to fight the woman’s 17-year-old foster daughter. The woman claimed that the argumentative man brandished a black firearm at her before fleeing the scene.

Officers subsequently located a man they identified as the alleged assailant at Harold Walker Memorial Park. The man ignored police commands and fled. The officers chased and subdued him, though the man violently resisted and reportedly injured an officer in the process.

The allegedly combative man was identified as Xavier Kewley, 19, of Lakeview. Both he and the injured officer were taken to hospitals for evaluation and treatment. A loaded, defaced, black Ruger LCP .380 caliber handgun was recovered from the scene.

Kewley was arraigned at Nassau County First District Court on Sept. 25, charged with multiple criminal counts stemming from his alleged possession of the firearm, as well as assault, menacing, and resisting arrest. He currently has no legal representation on file.