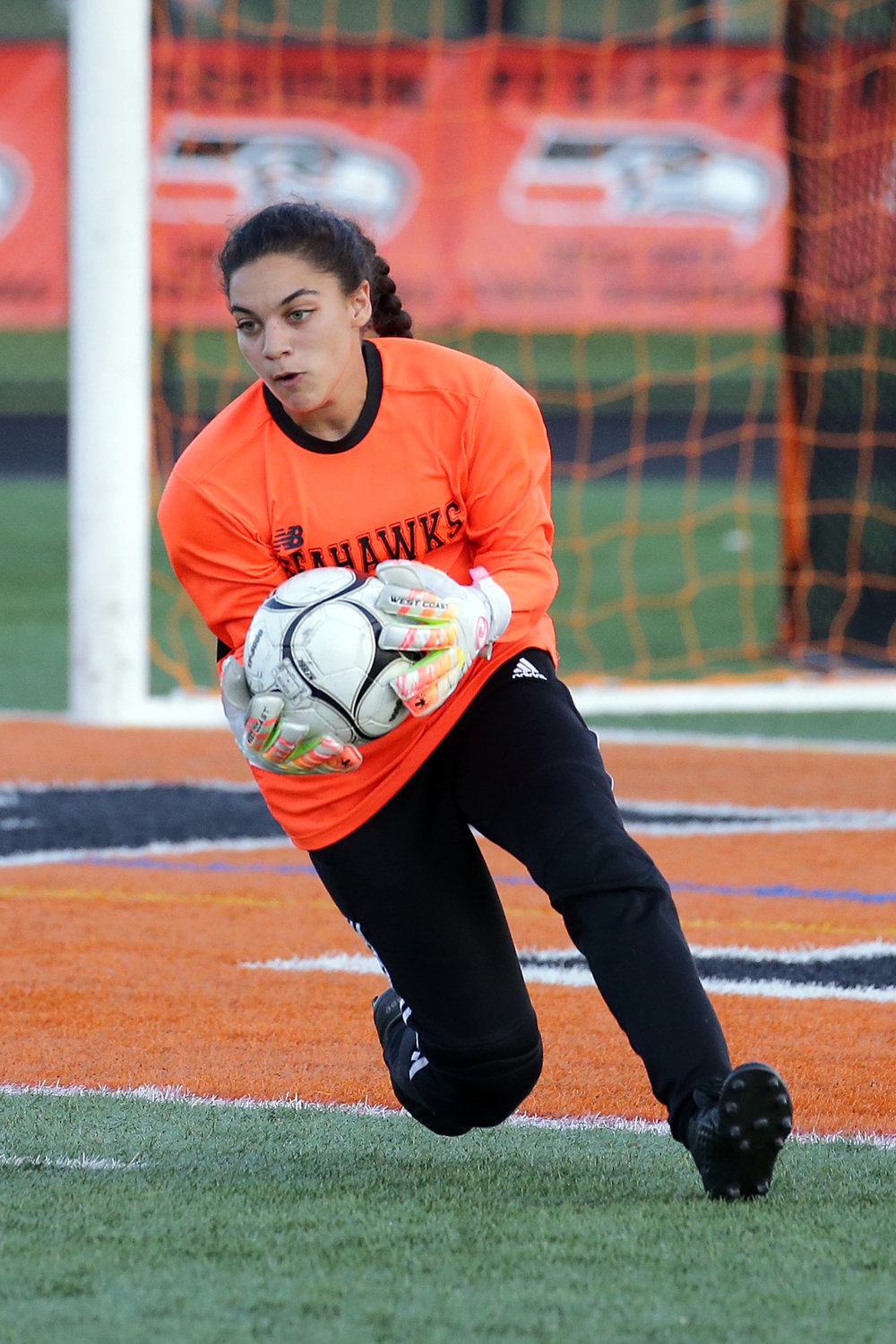 The impact of a winning start to the season has the ability to build confidence for a team. After finishing last year with a 6-2-4 record and a third-place finish in Conference A-IV, Carey girls soccer is to a hot start winning its first five games against Glen Cove, Valley Stream North, Hewlett, Island Trees and Clarke.

The Seahawks have been lights-out on both sides of the ball scoring 16 goals and allowing just one goal (least in A4) over their five games. The latest victory was a 1-0 decision over Clarke in the home opener Sept. 20. Brianna D’Orsa got the goal and Vanessa DeCastro had a 5-save shutout.

A big advantage for Carey is all of its starters from last season returned. Only three players graduated from, meaning the team also retained the majority of their bench.

Now, plenty of players have an idea of what needs to be done in order to win games.

“I honestly kept the tactics and mentality the exact same,” coach Chris Posillico said. “Coming into their second year of knowing what’s expected, it’s been a lot smoother of a transition.”

One of the biggest contributors on offense has been sophomore midfielder Antonietta Flaherty, who leads the Seahawks with four assists and eight points. Just three games into the season, Flaherty matched her goal total from last season with a pair.

“I think she’s been one the best players we’ve had so far this season,” Posillico said. “Her vision is just exceptional.”

Three key leaders for the Seahawks this year are captains D’Orsa, Gabriella Mendolia, and Giulia Spinzo. All three have recorded at least three points to begin their respective senior campaigns. “They’ve definitely come in a lot more mature than last year,” Posillico said.

While the Seahawks are led by a majority of their upperclassmen, sophomore defender Gabriella Jacobs has gotten a bigger role after being named All-County as a freshman. “She’s really been a lot more vocal helping people get focused,” Posillico said.

One player that has also given the Seahawks more flexibility for others to become more successful is eighth-grade midfielder, Amelia Kalamaras. “She’s always in the right position,” Posillico said. “Her being able to play the position I have her in has allowed me to put returning girls in positions that allow them to hit their potential.”

Of the five victories to start the season, four have been shutouts for DeCastro, a junior. “She’s been a leader since I took over last year,” Posillico said. “She’s someone I have all the confidence in the world in.”

Thanks to their undefeated start, the confidence is brewing for the Seahawks as they look to keep their momentum rolling in hopes of locking down their conference.

“The way the girls are working, I could definitely see us winning the conference,” Posillico said. “I feel like it’s a completely different team with the same players.”