Building planned since 1976 is now open for tours 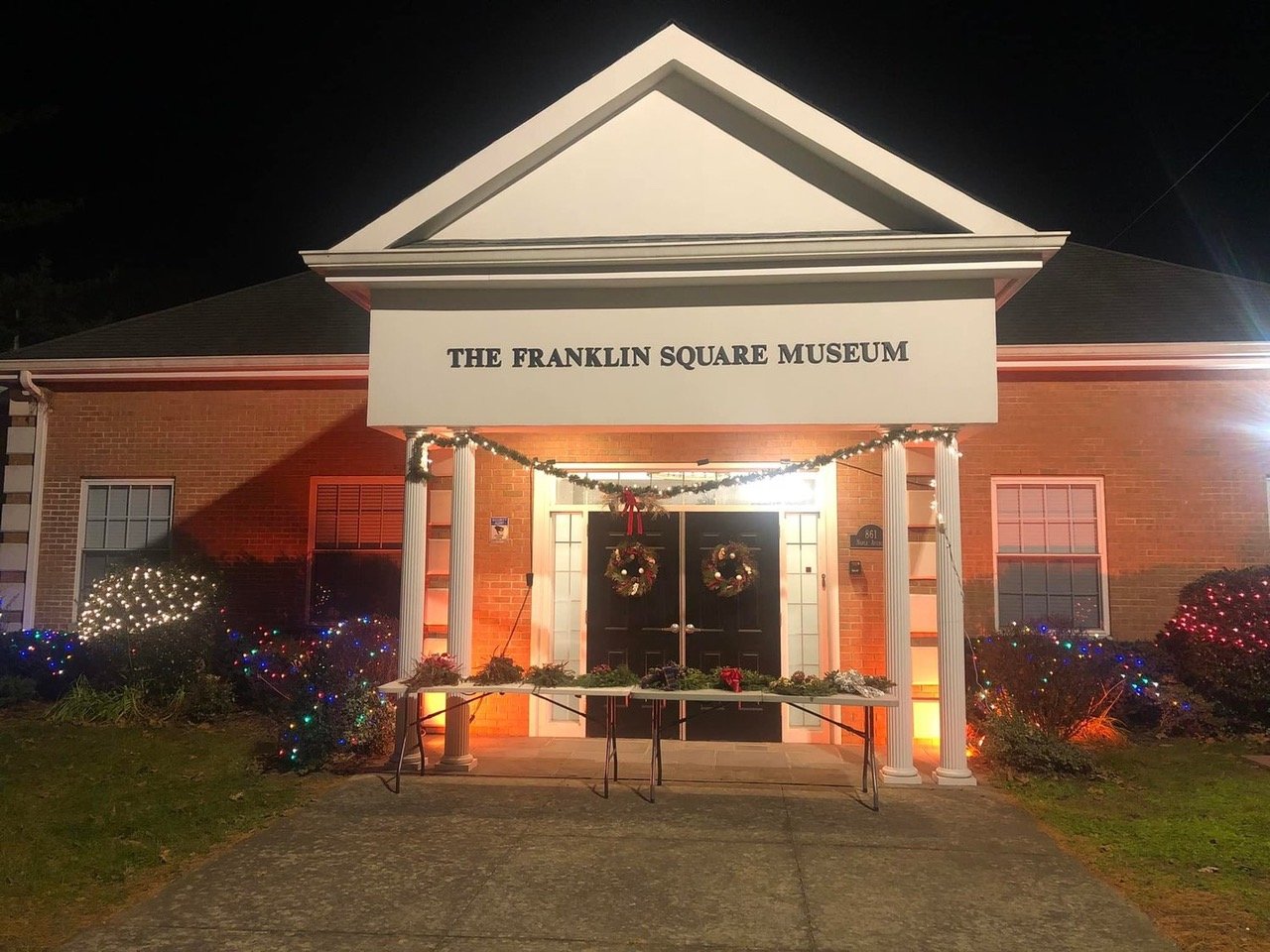 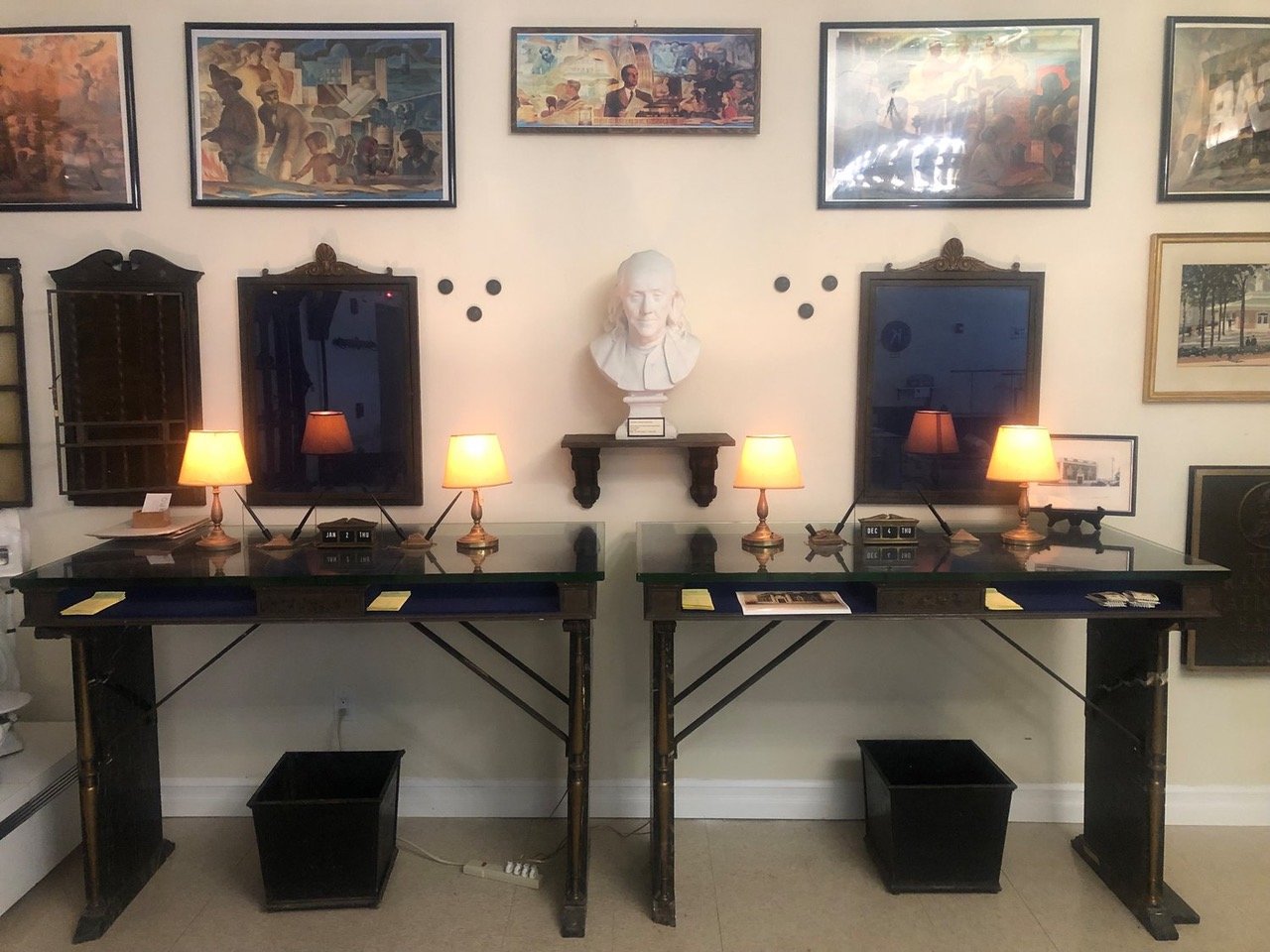 After over 40 years of fundraising, planning and construction to create a tangible journey through the history of Franklin Square for residents, the Franklin Square Museum celebrated its one-year anniversary earlier this month.

The origin of the museum stretches back to the U.S. bicentennial in 1976. A group of people who eventually founded the Franklin Square Historical Society sought to tie the celebration to Franklin Square, so they built the gazebo at Rath Park to mark the anniversary.

After the gazebo was completed, the group began to collect and compile artifacts from the hamlet’s past. It needed a place to store these artifacts — which include a 3,000-year-old spearpoint believed to be evidence of Native American presence in prehistoric Franklin Square, a cannon that was used to start the Vanderbilt Cup Races of the early 1900s, military uniforms that belonged to local veterans and more — so the group turned its attention to creating a museum.

“We needed a place to keep the community’s history,” said Paul Van Wie, president of the historical society, who helped collect many of the items and was involved in the early stages of planning the museum. “We have some real treasures, and they needed a place to be preserved and have the public enjoy them.”

“If they weren’t kept,” said Bill Youngfert, the society’s secretary, “they were going to be lost forever.”

The organization held fundraisers for each phase of the building’s construction, including the foundation and the costly concrete block walls. Local elementary schools held penny drives to raise funds, which are still fondly remembered today by many adults who bring their children to the museum, Youngfert said.

In 1996, when then-State Sen. Kemp Hannon secured a $50,000 grant, with the stipulation that the historical society spend the funds within one month, construction sped up.

After the walls were completed, concrete blocks, although the society could not afford windows or doors and had to board up the entrances to the museum, it raised money for interior finishings, and the windows were donated by the three local elementary schools, while doors were donated by a historical society member.

After 15 years of work, the museum was complete and ready to be opened in spring 2020 — when the Covid-19 pandemic struck and delayed the long-awaited opening.

But this provided an opportunity, Youngfert said, to lay out artifacts and displays on the walls of the museum. During this time, the historical society purchased furniture, mannequins and more to equip the museum for its grand opening, which finally came last spring.

Youngfert, who was not involved in the early days of the museum’s creation but has played a large role in the historical society in recent years, said the museum brings great value to the Franklin Square community.

“We have a great place to show people things, and when they come in their breath is taken away,” he said.

“When you live in a community, I think it’s very important to understand its roots and how it fits into the larger pattern of American history,” Van Wie said.

Both Youngfert and Van Wie pointed to the museum’s display about the Franklin National Bank, a national bank that operated in Franklin Square and was created just before the Great Depression by local businessmen who allowed the bank to print its own currency during the economic downturn.

The bank was a pioneering institution, creating a credit card and a walk-up window, which have become norms today.

“There was a lot of history created in Franklin Square and it’s wonderful to see your community as part of the larger mosaic of American history,” Van Wie said.

“It really is the jewel of the museum,” Youngfert said of the display about the national bank. “It’s probably forgotten in some people’s minds. We have a lot of new people who move into the neighborhood and have no idea about what’s happened in Franklin Square,” Youngfert said.

Youngfert said the museum provides a timeline of Franklin Square history, dating from the time of the Native Americans, through to the urbanization and suburbanization of the area.

“They can gain a history of how this part of Long Island has changed,” Youngfert said, noting that the area where Franklin Square stands today, and the larger Hempstead Town, was once a wooded grazing area for animals before houses and stores sprang up after World War II. “It’s been an evolution,” he added.

Van Wie said the 3,000-year-old spearpoint found in Franklin Square establishes the fact that there was a Native American presence, albeit possibly just for hunting purposes, in the area that today is Franklin Square.
Van Wie said visits to the museum have become more frequent one year after its opening.

He pointed to a visit by a Girl Scout troop recently that was learning about Native Americans in school and enjoyed viewing the spear. “To see it, a local example of it, they were thrilled to see this,” the president of the historical society said.

“This is what it was intended for – it’s for the public,” Van Wie said.