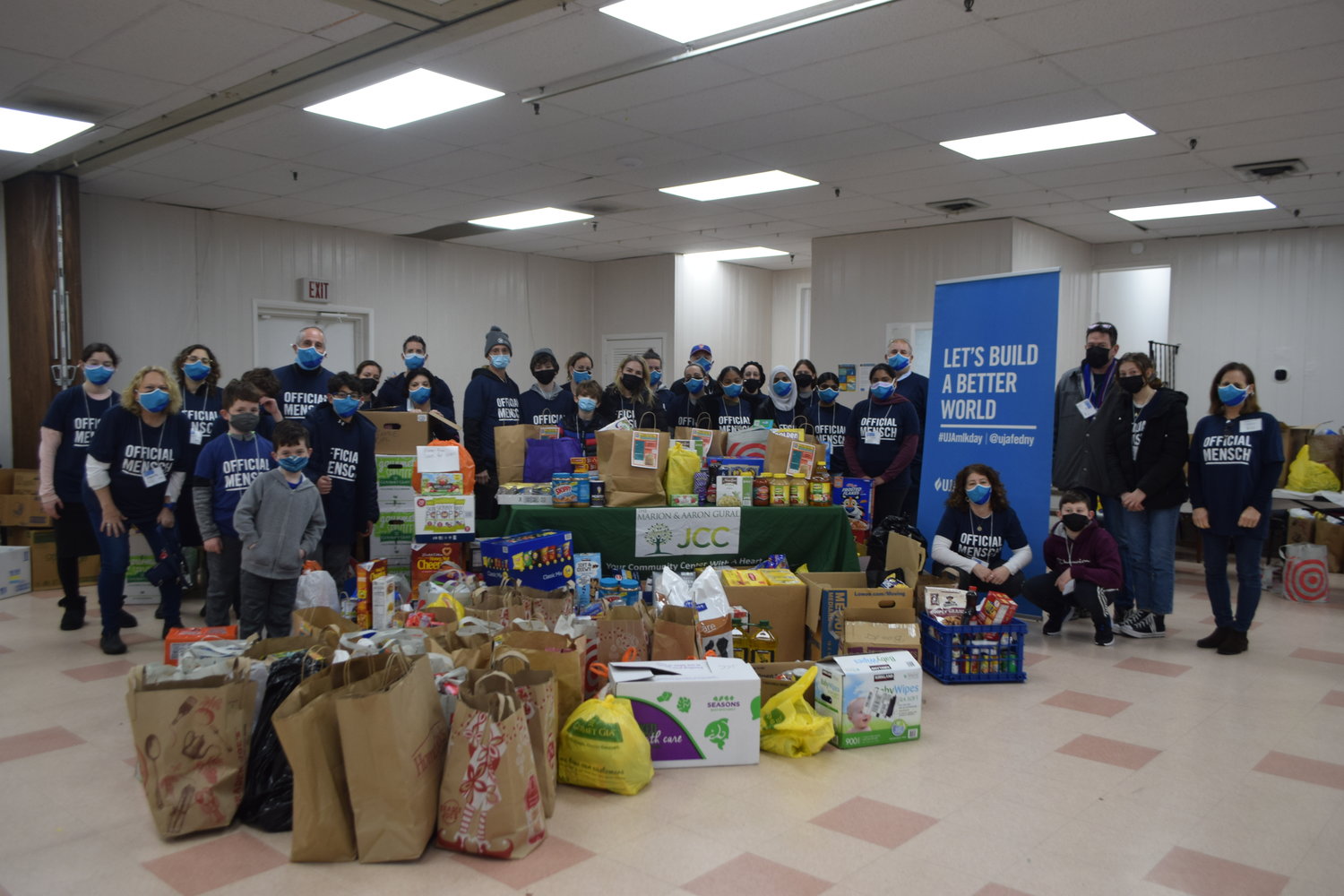 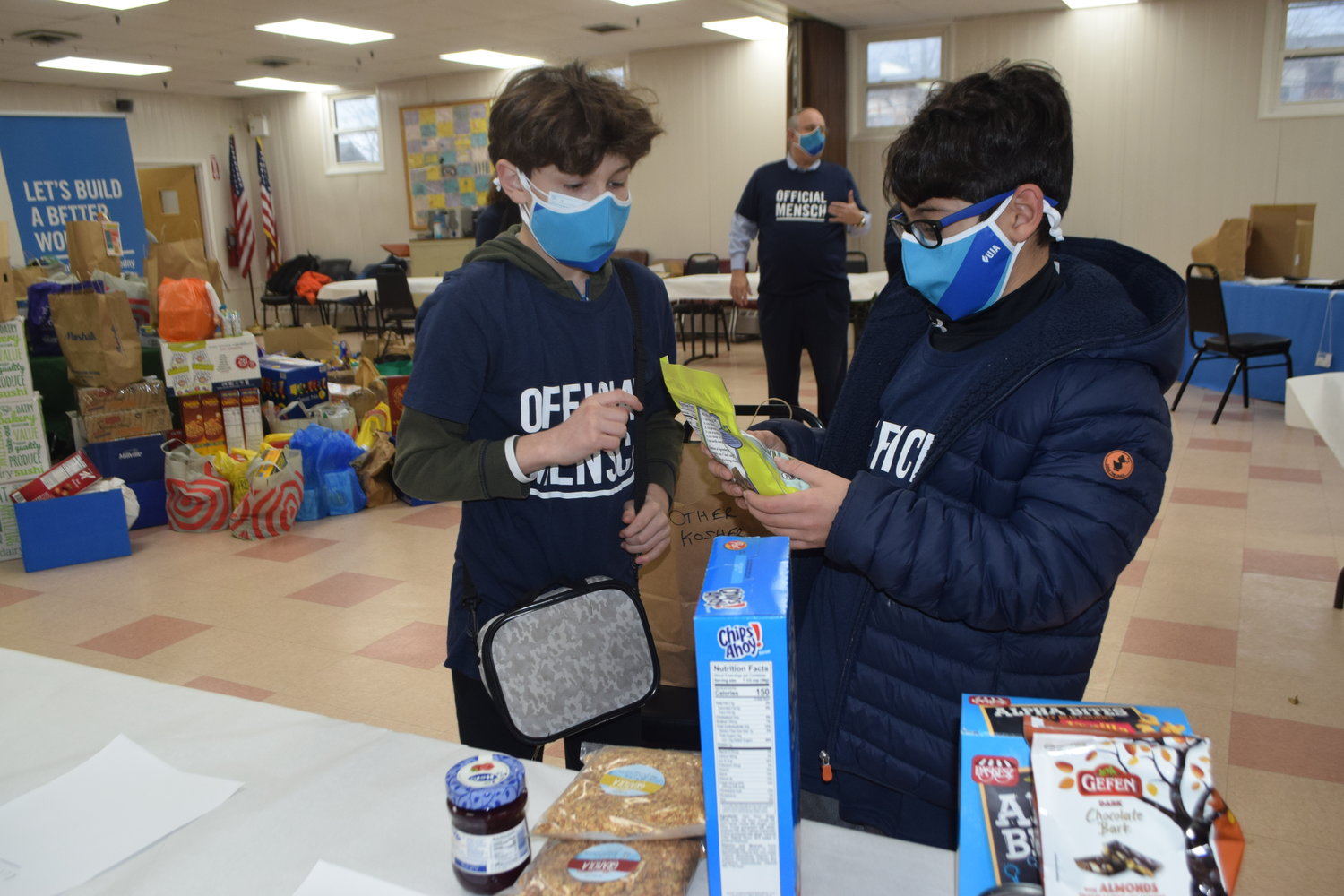 There was much hustle and bustle in a back room of the Marion & Aaron Gural JCC in Cedarhurst on Monday as volunteers brought in and sorted bags of food during the Rev. Dr. Martin Luther King Community Food Drive on MLK Day to honor the late civil rights leader.

“We had to be creative this year because of Covid,” said Susan Sachs, the Gural JCC’s volunteer project coordinator.

To help ensure that there were not too many people and Covid protocols could be followed, volunteers were designated either the morning shift or the afternoon shift and other volunteers were driving around Cedarhurst, Hewlett, Lawrence and Woodmere picking up bags of food.

The inside volunteers were separated into pods at tables to divvy up the food between kosher and non-kosher for distribution to the JCC’s Rina Shkolnik Kosher Food Pantry, Gammy’s Pantry in Lawrence, St. Joachim’s in Cedarhurst, St. Joseph’s in Hewlett and Options for Living in Hempstead.
“Let’s Build A Better World,” was the theme of the day as advocated by the UJA-Federation of New York, a supporting agency of the Gural JCC.

Since the beginning of the year, people were asked to donate food. The most needed items included apple juice, cake mix, cold cereal, crackers, cup of soup, jelly, kid-friendly snacks, pancake syrup, tea either herbal or decaffeinated and Wacky Mac macaroni and cheese. By the looks of the collection of food that was in the middle of the room at 11:19 a.m., it appears that area supermarket shelves were emptied.

Two Woodmere Middle School sixth-graders Aaron Kahn and Jacob Tenenbaum, both 11, were sorting out food, along with Aaron father, Andrew. “I’m doing this because I want to help out the people who don’t have that much,” Aaron said, who learned about the food drive through Andrew, currently a JCC intern as he studies for his master’s degree from Yeshiva University with an eye to becoming a substance abuse counselor.

Andrew, a Woodmere resident, owned Peaceful Presence yoga studio in Cedarhurst but began a career pivot after Covid caused a decline in business. “I decided to jump in and help,” Aaron added.

Queens College junior Melissa Roth, a Woodmere resident who is majoring in psychology came to do good for others and make others happy. “I’m here to help out the community,” the 20-year-old said.
In more normal times, the JCC typically has 700 volunteers helping throughout the year, officials said.

“This highlights the volunteers,” said Gural JCC Chief Executive Officer Aaron Rosenfeld. “It’s a great feeling when you help others.”