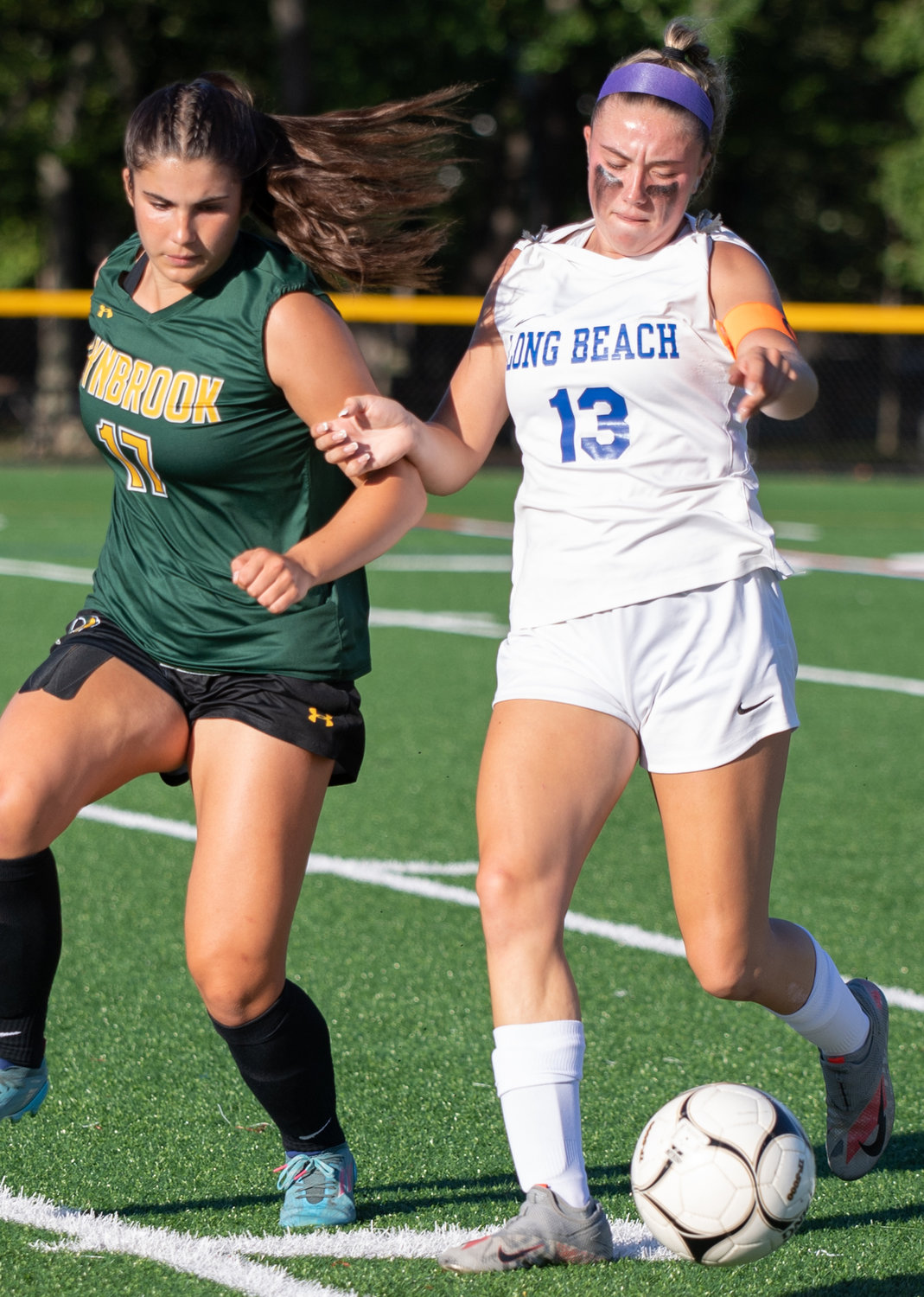 To start the second half of its season opener Sept. 6 at Nassau Conference A3 archrival Lynbrook, the Long Beach girls’ soccer team, trailing by two goals, took the field in a novel formation. For the first time in four seasons as a varsity starter, senior Samantha Kolb – an All-County mainstay at midfield – lined up as a forward for Long Beach.

The Marines have not looked back.

Though taken too late to help Long Beach settle a festering old score in the opener – as Kolb's first career tally as a striker wasn't enough to stop a 2-1 loss to the Owls – second-year coach Ashley Castanio's fateful halftime decision has seemingly cracked the league open for Kolb – Nassau’s top scorer with 18 goals and 38 points – and Long Beach – A3's new leader at 7-1 after knocking off the then-unbeaten Owls 2-0 in a Sept. 22 rematch.

As Lynbrook’s spoiler win against Long Beach in the spring 2021 Class A playoffs had stood unavenged through three later matchups across two seasons – despite a vendetta sworn by Long Beach last autumn – the Marines took double pleasure in seizing first place while serving the Owls an ice-cold dish courtesy of two Kolb tallies, Castanio’s maneuver continuing its jackpot payout past the season’s midpoint.

“I'm a bit in shock at how well it’s all working,” said Castanio. “I think that second game (against Lynbrook) solidified our confidence that we’re going to be a top-tier team, after beating the team that’s been shutting us down. The girls took it almost like a playoff game. We knew if we won, we’d be able to control our own destiny. Which is nice.”

Strong midfield play by Samantha’s sister Ava Kolb – a second-year-starting freshman who leads A3 with five assists – and All-Conference senior Rylee Roberts (one goal, three assists) was pivotal in prompting the Marines’ offensive realignment, and continues to lay behind its success. “Ava and Rylee have been outstanding,” said Castanio. “Early on I could see that with the two of them controlling the center, we’d be able to push Sam up top to become our goal-scorer.”

In another key bit of roster rearrangement, former forwards Aysu Unver (sophomore) and Emma Larson (junior) have dropped back to anchor the Marines’ league-leading defense, which has given up just three goals and delivered six shutouts. An early seesaw struggle at goalie saw sophomore heir-apparent Alexis Richards and newcomer Jackie Chamides each win starting turns in net for Long Beach, with Chamides taking over after the Lynbrook loss to author a pair of shutouts before Richards rose to reclaim her day-one starting position. Through five starts Richards has 46 saves – third-best in A3 – and has presided over the Marines’ active four-game shutout win streak. Chamides has 41 saves,

“Because of tour talent, we've been able to have a more technical game plan,” said Castanio. “Our best tactic, really, is getting our defenders more involved in our offense. It’s one of the things that’s enabled us to get the goals we need, and also get the shutouts. This really has just been a great team all around.”