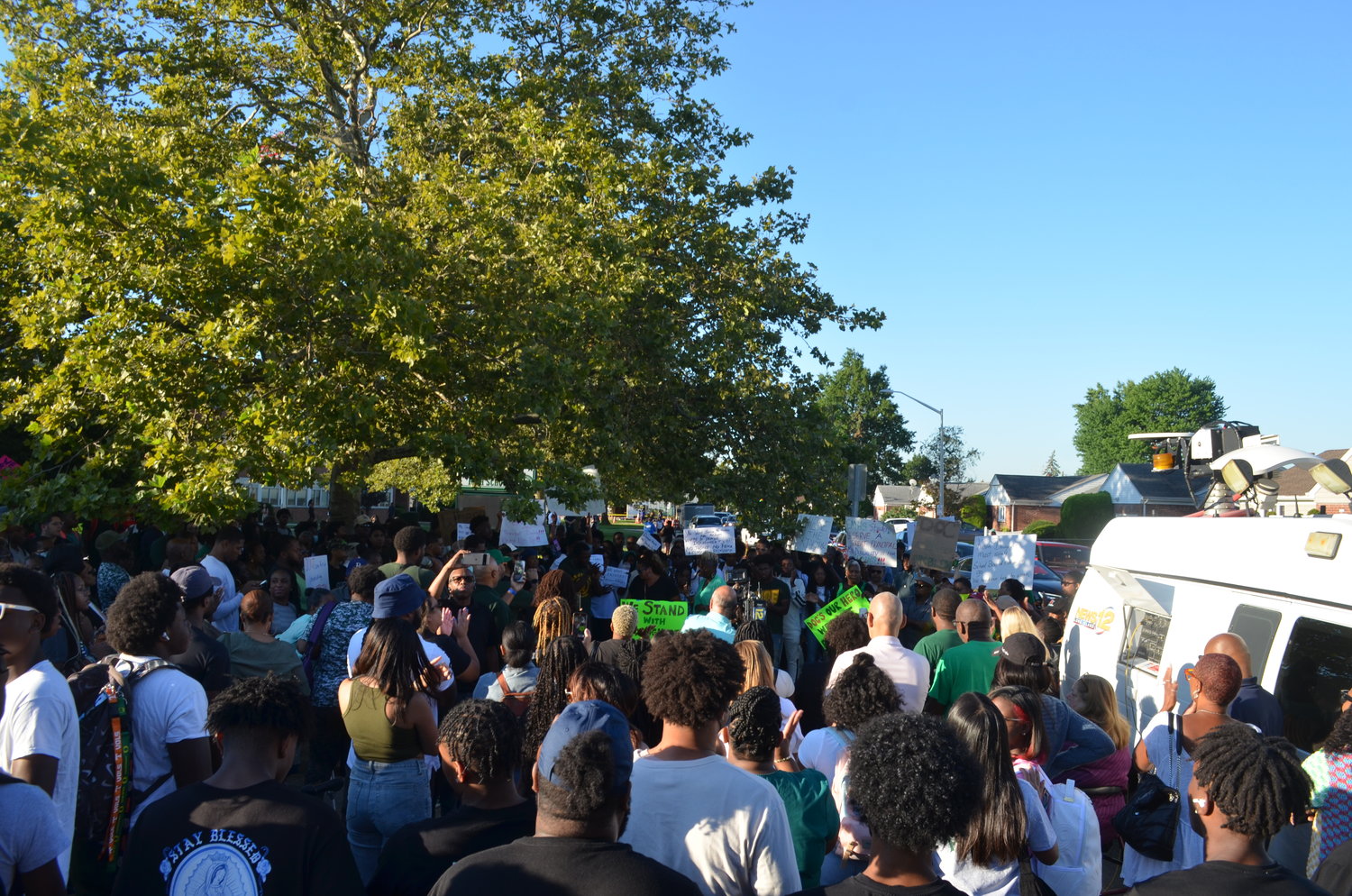 After the Sept. 20 school board meeting parents still had with no answers concerning the sabbatical of Kevin Dougherty, the Elmont Memorial High School principal.
Tim Baker/Herald
By Kepherd Daniel

However, after a Sept. 20 school board meeting, parents and students still did not receive any answers about why he was on a leave of absence, other than that he took a sabbatical.

“Board Policy Number 1140 does not permit us in a public session to discuss any individual district personnel based on advice from legal counsel, other than the press release that announced Mr. Dougherty’s sabbatical,” Board of Education President Michael Jaime said after the meeting started.

James Grossane, superintendent of the Sewanhaka Central High School District, stated in an Aug. 30 release that Dougherty was “taking a sabbatical leave of absence for the 2022-2023 school year, and that “a sabbatical is something that is requested by an employee to their employer.”

During the board meeting, Jaime said, “The superintendent looks at the request and will approve or disapprove the request.”

On Sept. 2, after the protests, Grossane announced that Taryn Johnson, the district’s assistant superintendent for curriculum and instruction, would serve as acting principal of the high school until further notice.

The district’s refusal to provide an explanation for Dougherty’s leave of absence left parents and students confused as they questioned the district’s apparent lack of transparency.

Men of Elmont advisers Jon Johnson and Ray Ramos, who are Dougherty’s close colleagues, have been banned from school premises, according to both men. Men of Elmont is a mentoring program that Dougherty created in 2016, which helps prepare boys at the high school for life after school with activities ranging from college visits to discussions of social issues to networking with graduates. The group works with several dozen Black students from the high school. Last year, the Board of Education instituted My Brother’s Keeper, the mentorship program founded by former President Barack Obama, to provide oversight for Men of Elmont.

A petition opposing Dougherty’s leave on change.org has gathered more than 2,400 signatures as of last Friday. The petition asks for the NY State Board of Education to conduct an internal investigation of the Sewanhaka district’s practices, as well as the handling of this situation and lack of transparency.

Assemblywoman Michaelle Solages, who spoke at the Sept. 2 protest, said she had worked with Dougherty many times and was “truly grateful for his leadership.”

Elmont High students and parents said they planned to continue protesting until their voices are heard and their questions are answered.