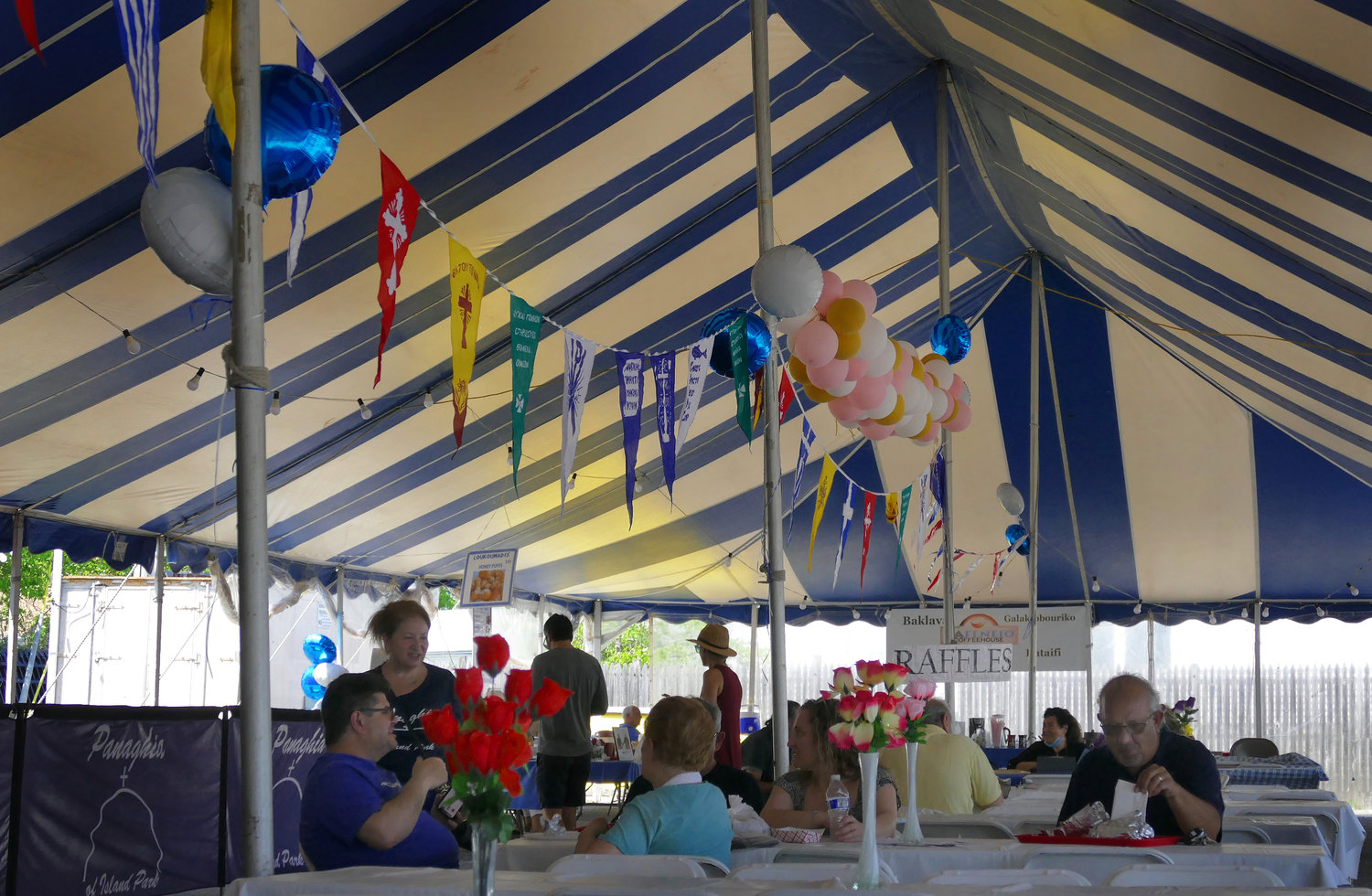 The colorful Greek Spring Festival becomes an inviting place to visit over the weekend of May 20th, 2022.
Joe Abate 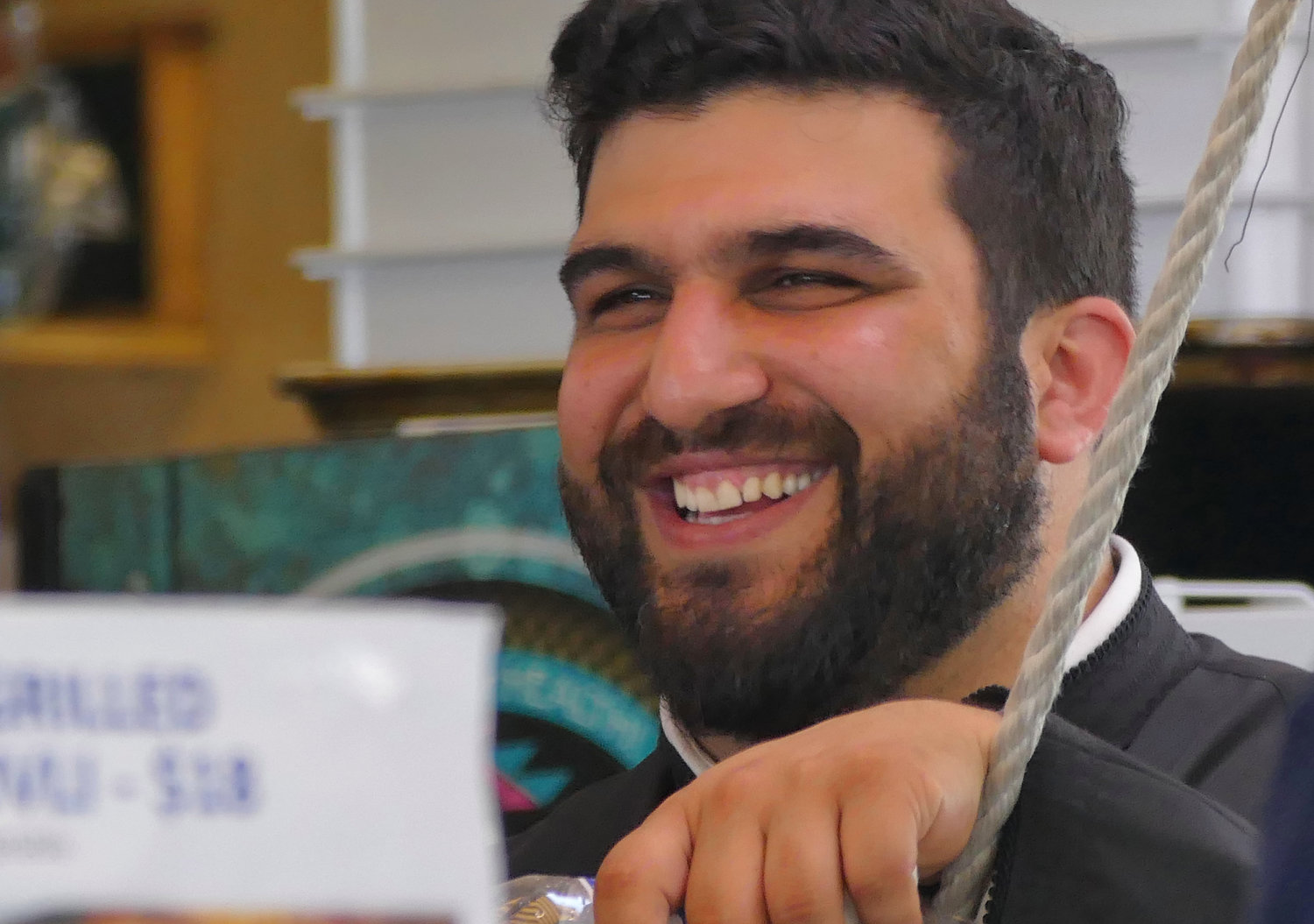 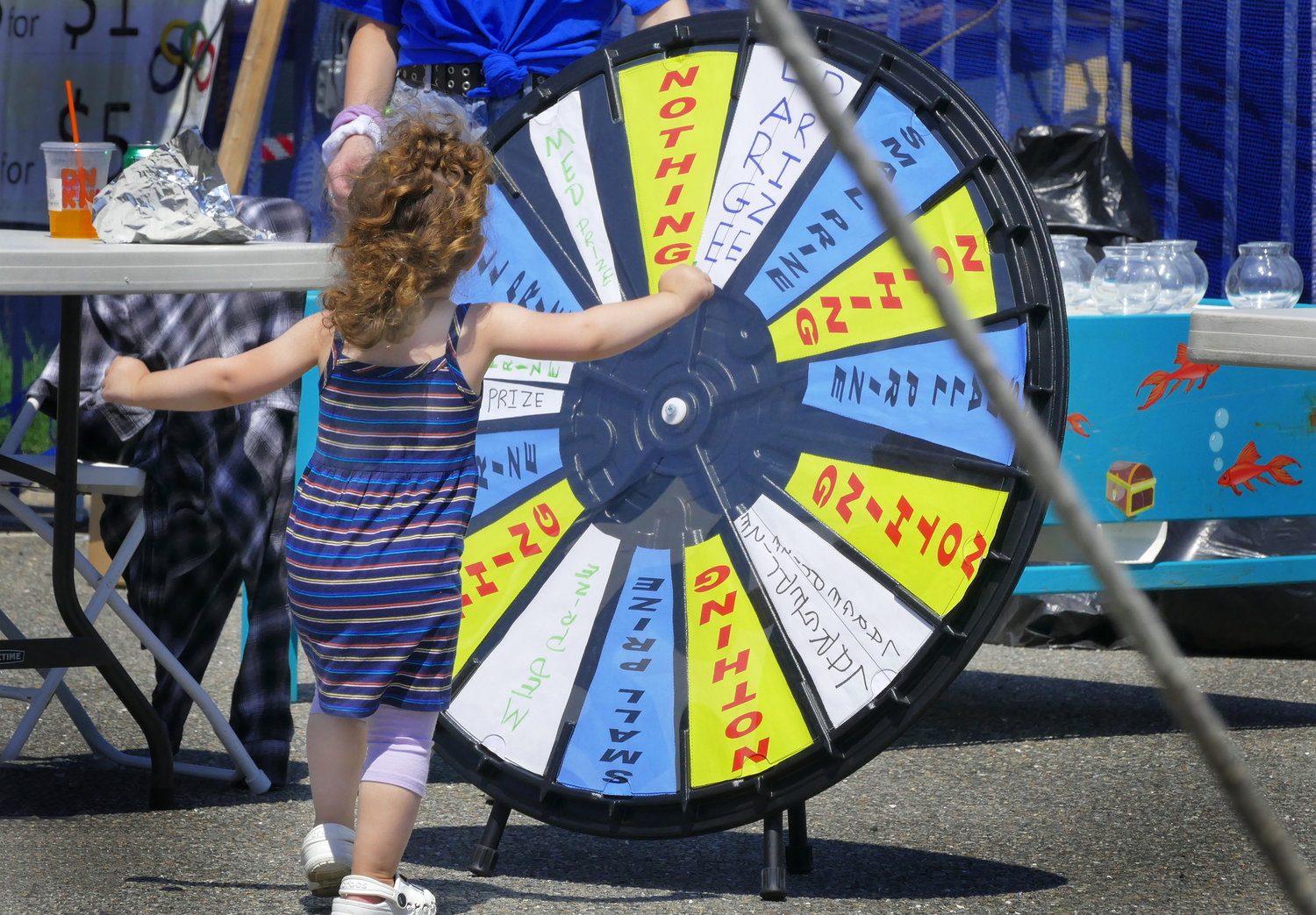 Isabelle Guzman (daughter of Diane Guzman) cheers with joy as her picked number comes up!
Joe Abate
Previous Next
By Tom Carrozza

Leaders of Panaghia of Island Park Greek Orthodox Church decided to have double the fun this year by adding a spring festival and fundraiser in May ahead of the summer event in August.

After a difficult two years of the pandemic, the church welcomed the community back to its large tent behind the church from May 20 to 22 for games, raffles, music, and famous Greek plates and desserts.

“We decided that the weather is better – it’s not as humid – and especially after Covid people have the need to get out,” Georgia Papathanasiou, President of the Ladies’ Philanthropic Society, said.

“It’s a lot of work but a lot of fun. We feel like a big family here,” Church Council treasurer Andrew Babatsikos added.

Newcomer to Island Park Father George Kazoulis, 36, joined the church January and was part of his first Greek festival at the church.

“This is the place that I wanted to be since I came from Greece,” Fr. Kazoulis said of Island Park. He came over to the United States from Greece seven years ago.

Kazoulis was blown away by the loukoumades, which are bite-sized fried dough balls with honey and sugar. Other Greek staples like leg of lamb, gyros, and moussaka were on offer, as well.

The church holds their summer Greek Fest from August 18 to 21.