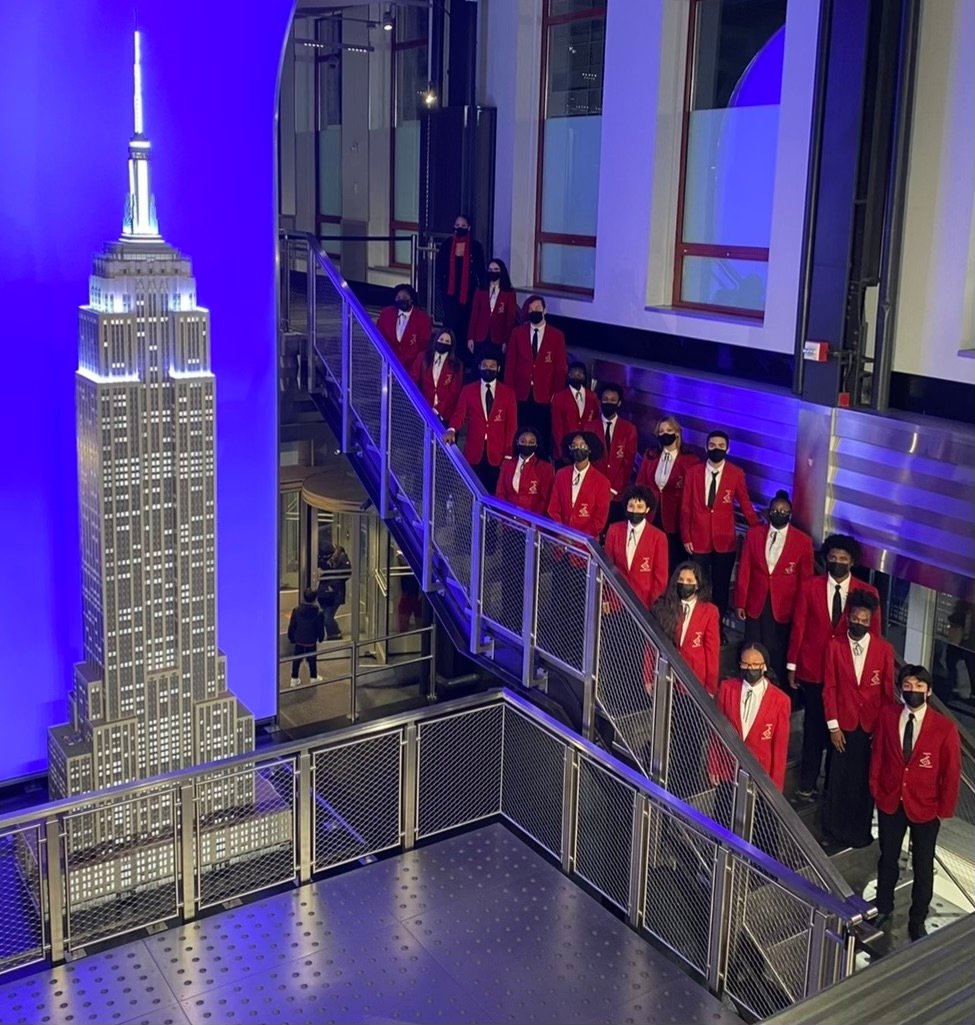 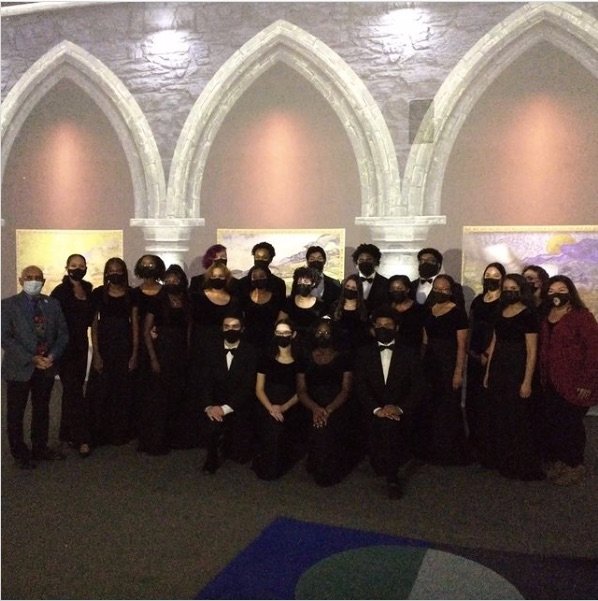 The Freeport High School Select Chorale, under the direction of Monique Campbell-Retzlaff, ended their fall/winter tour by performing at two outstanding venues in New York City: the Empire State Building and Skylight on Vesey, an event venue on Vesey Street that is currently featuring and exhibit titled “Van Gogh: The Immersive Experience.”

The Select Chorale had the honor of being the first choir invited to perform at the Van Gogh exhibit, where they captured their audience with a program of more than 20 pieces, including holiday, patriotic, sacred, secular and spiritual music. Superintendent of Schools, Dr. Kishore Kuncham, and Board of Education President Maria Jordan-Awalom attended, as did other administrators, faculty and staff, alumni, family and friends.

“Being able to perform in such majestic venues, after performing live so little for so long, is truly phenomenal,” said Campbell-Retzlaff. “While we have performed live a few times in the past year, these two performances were particularly impressive.”

Following the Vesey Street show, the select chorale performed at the Empire State Building. Their songs reached tourists and office-goers of the building’s many businesses. The fine young voices resonating in this iconic structure brought joy to many in the midst of the cold winter months, and were met with thunderous applause.