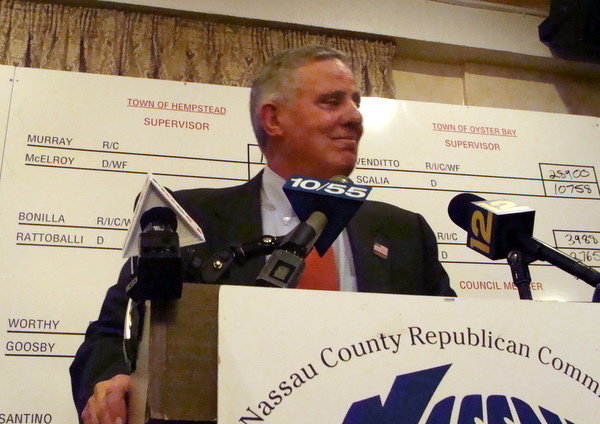 Joseph Mondello, a councilman and supervisor for the Town of Hempstead before holding sway as leader of the state Republican Party, died Monday. He was 84.

Mondello also led the Nassau County Republican Party for 23 years, and was later appointed by President Donald Trump as ambassador to Trinidad and Tobago.

Born in Brooklyn on Feb. 13, 1938, Mondelo served in the U.S. Air National Guard in 1955 after graduating from high school, transferring to the U.S. Army a year later as an infantry corporal until 1958. He earned a degree from Hofstra University in 1962.

“Ambassador Joe Mondello was a soldier, public official and devoted family man who lived an extraordinary life of service to Nassau County, and the nation as a whole,” County Executive Bruce Blakeman said, in a statement. “He was also one of the most decent and patriotic men I’ve ever known. My prayers are with his wife Linda, his children, and his many grandchildren who he loved so much.”

Mondello’s jobs included teaching in the East Meadow School District, and was even a Nassau County probation officer. Later in life, he returned to Hofstra as an adjunct government professor.

Mondello began studying at the New England School of Law in 1966, graduating three years later. He went to work for Flaum, Imbarrato and Mondello in Levittown as part of a flourishing legal career that included stints as counsel to the state legislature, and as an assistant district attorney.

Mondello first ran for public office in 1975, elected to what was then a proposed county legislature. He never served, however, as the public referendum to create the legislative body failed.

Four years later, Mondello began elected service as a town councilman. In 1984, he ascended to chair the county Republican committee. He was appointed town supervisor in 1987, and handily won re-election through 1991.

Mondello is survived by his wife Linda, and daughter, Elizabeth. He was preceded in death by his son, Joseph Nestor Mondello, last year.