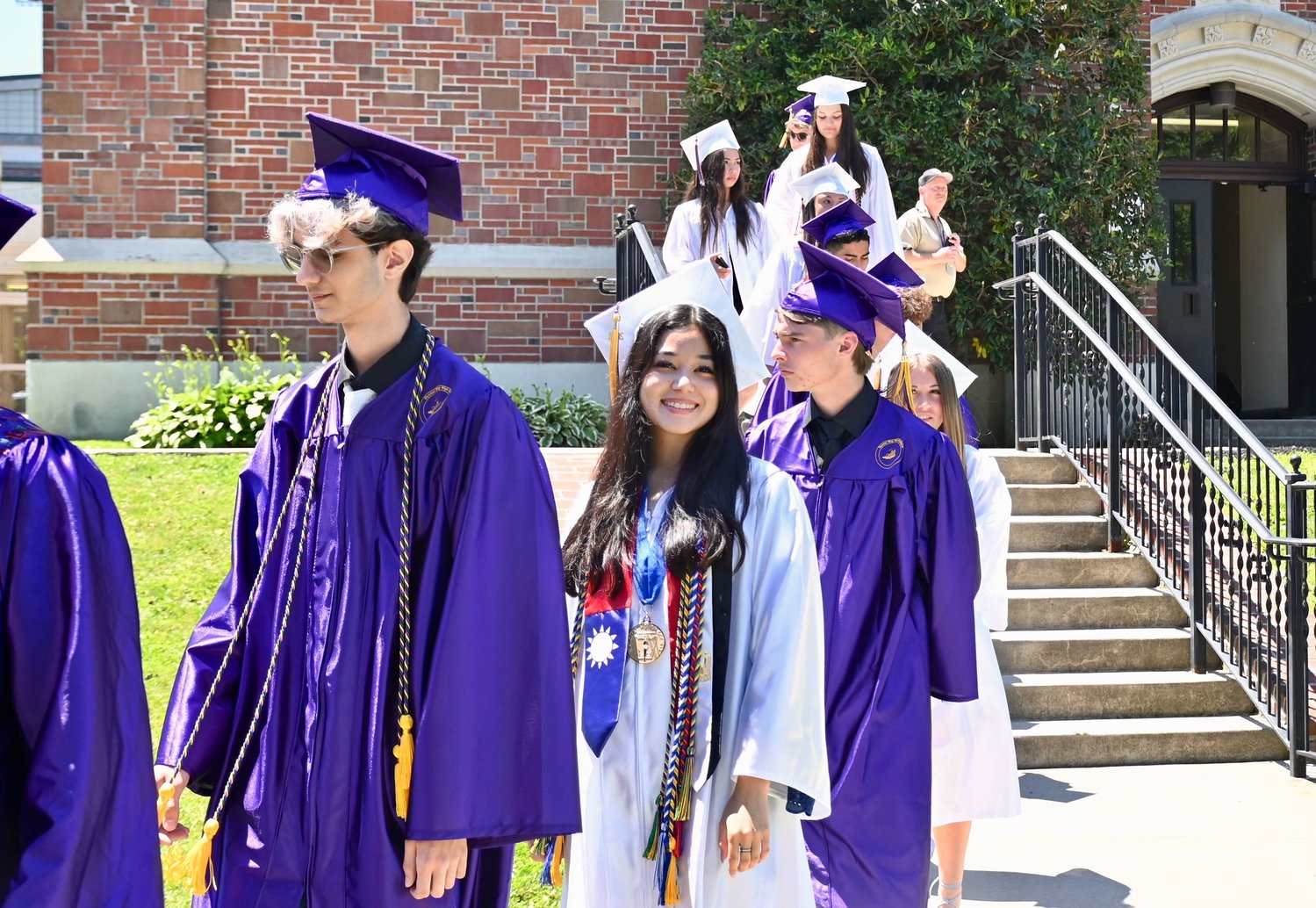 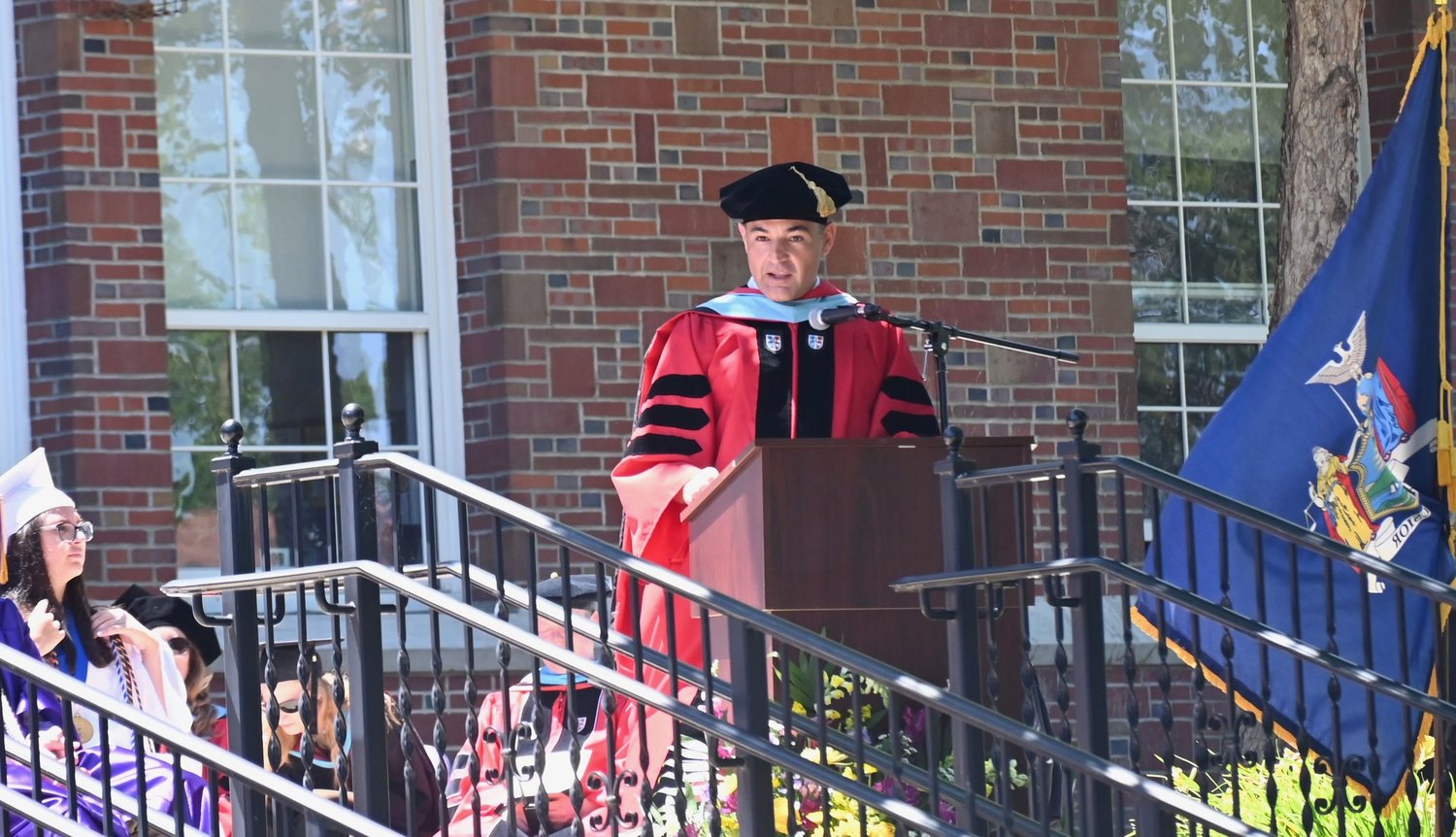 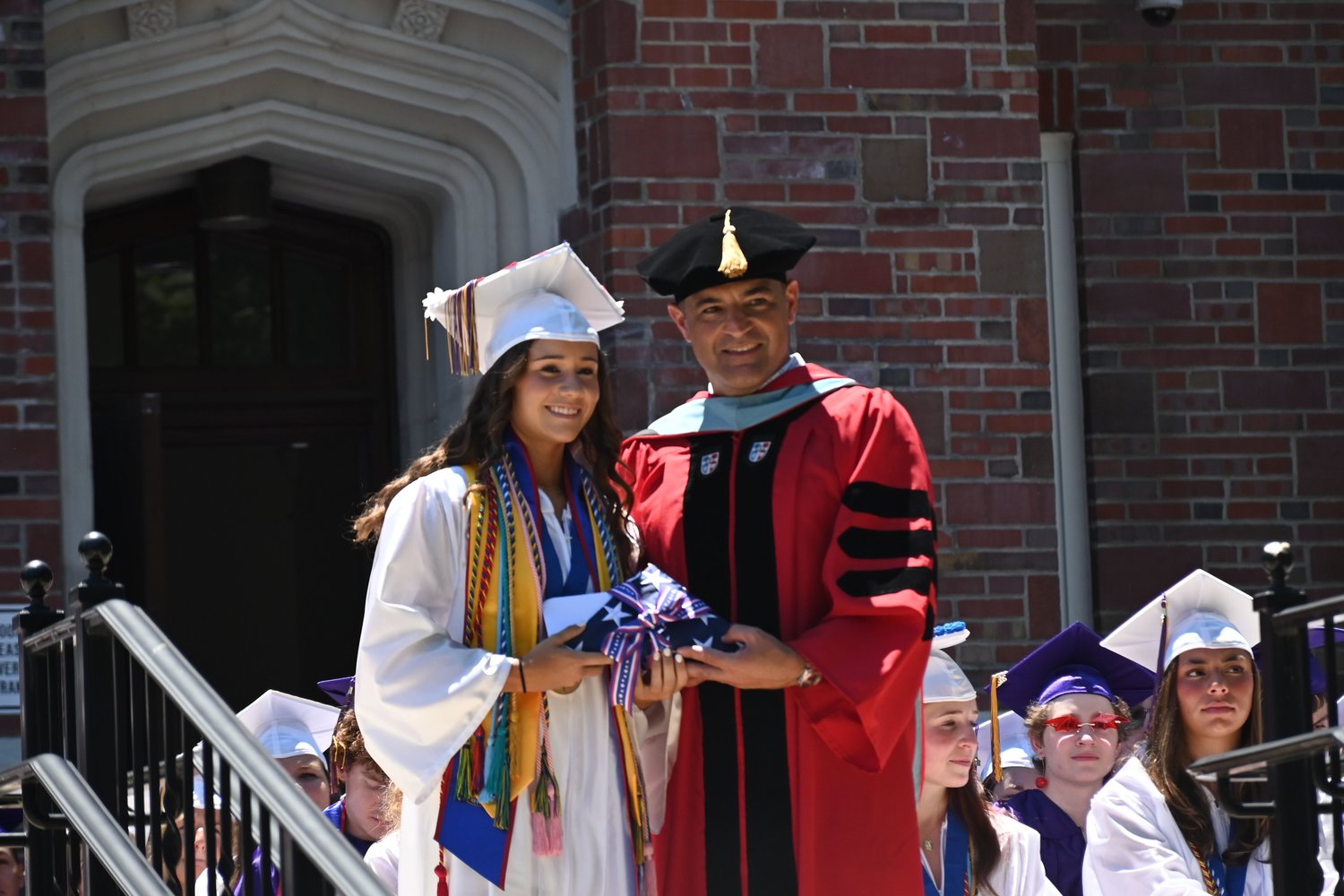 Senior Arianna Wulffen, was one of four graduates who were recognized for pursuing a military career after graduation, below left.
Courtesy Oyster Bay-East Norwich Central School District 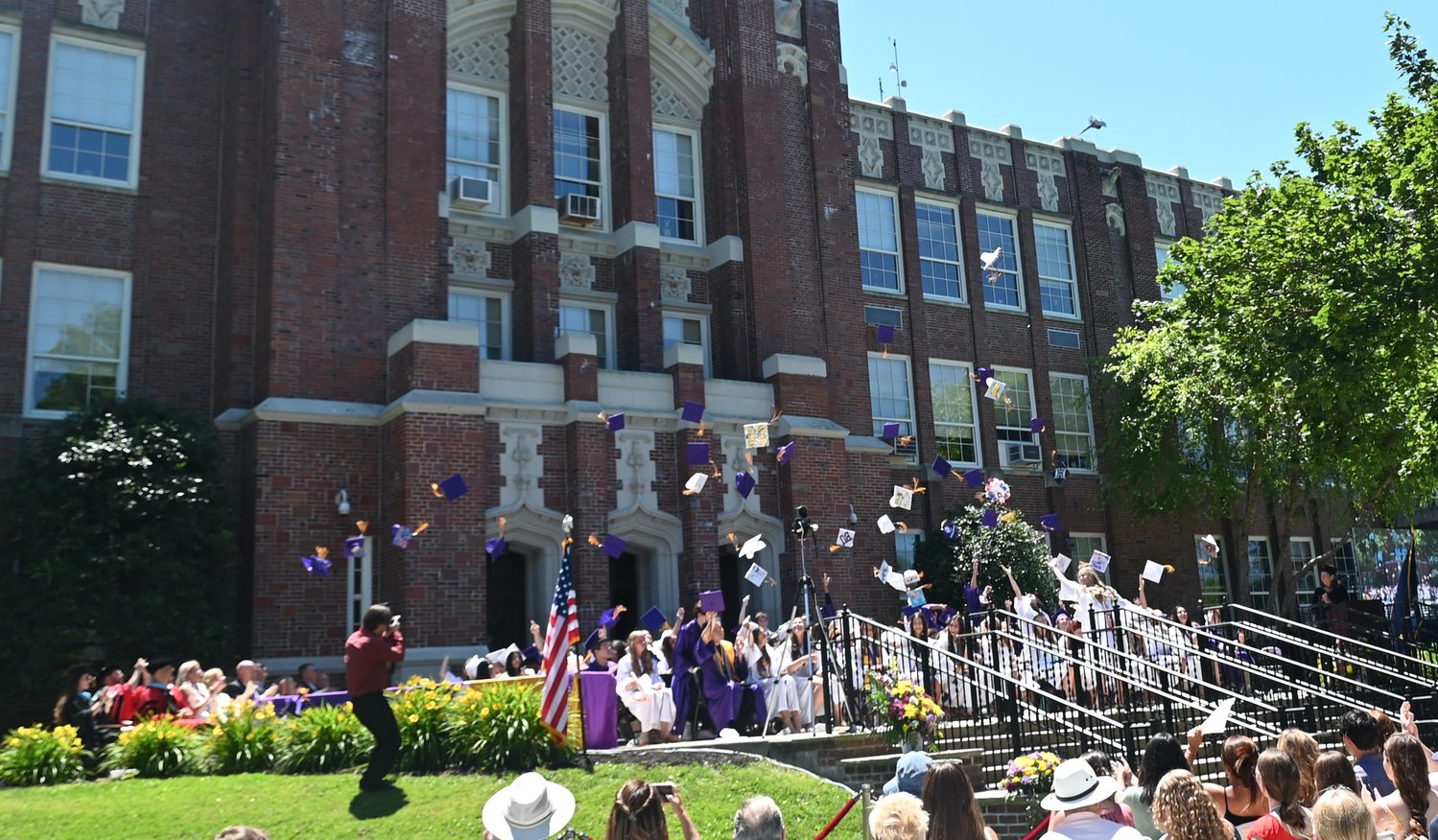 Oyster Bay High School’s Class of 2022 marked the end of their high school careers on June 25 during their commencement ceremony. The 128 seniors made their way down the steps of the high school one last time to “Pomp and Circumstance,” as proud family and friends watched in anticipation.
Principal Sharon Lasher provided the opening remarks noting her special connection with the graduating seniors. When they entered the school as seventh graders back in 2016, she also entered the school as principal for the first time.
After congratulating the graduates, Lasher introduced salutatorian Bridget Zahradnik who spoke about the bittersweet day and reflected on high school memories. She acknowledged the tight-knight community among her peers and looked to the future.
Valedictorian Kevin Biggiani shared his gratitude for all those in the district who have made a difference in the lives of the senior class. He concluded his address by wishing his classmates all the best as they move on from the Oyster Bay-East Norwich Central School District.
Lasher presented the Beekman Medal, OBHS’ highest honor, to graduating senior Jonah Gluck. He was selected by faculty members for “possessing kindness, respect, a self-motivated drive to succeed, a willingness to do whatever is asked and a wonderful personality.”


Senior and National Honor Society vice president Laura Castrogiovanni honored teacher Stephen Acquaro with the National Honor Society’s faculty award, presented to a teacher who inspires and motivates students beyond their current abilities.
Ryan Feldman, Julia Jiao, Thomas Syrett and Arianna Wulffen, who plan to pursue military careers after graduation, were honored with a folded flag, while Lasher thanked them in advance for their service to the country.
Each senior received their diploma and then moved their tassels from right to left as loved ones cheered. With the words “class dismissed” from Lasher, the Class of 2022 tossed their caps, ready to take on their next exciting chapter.
Report an inappropriate comment