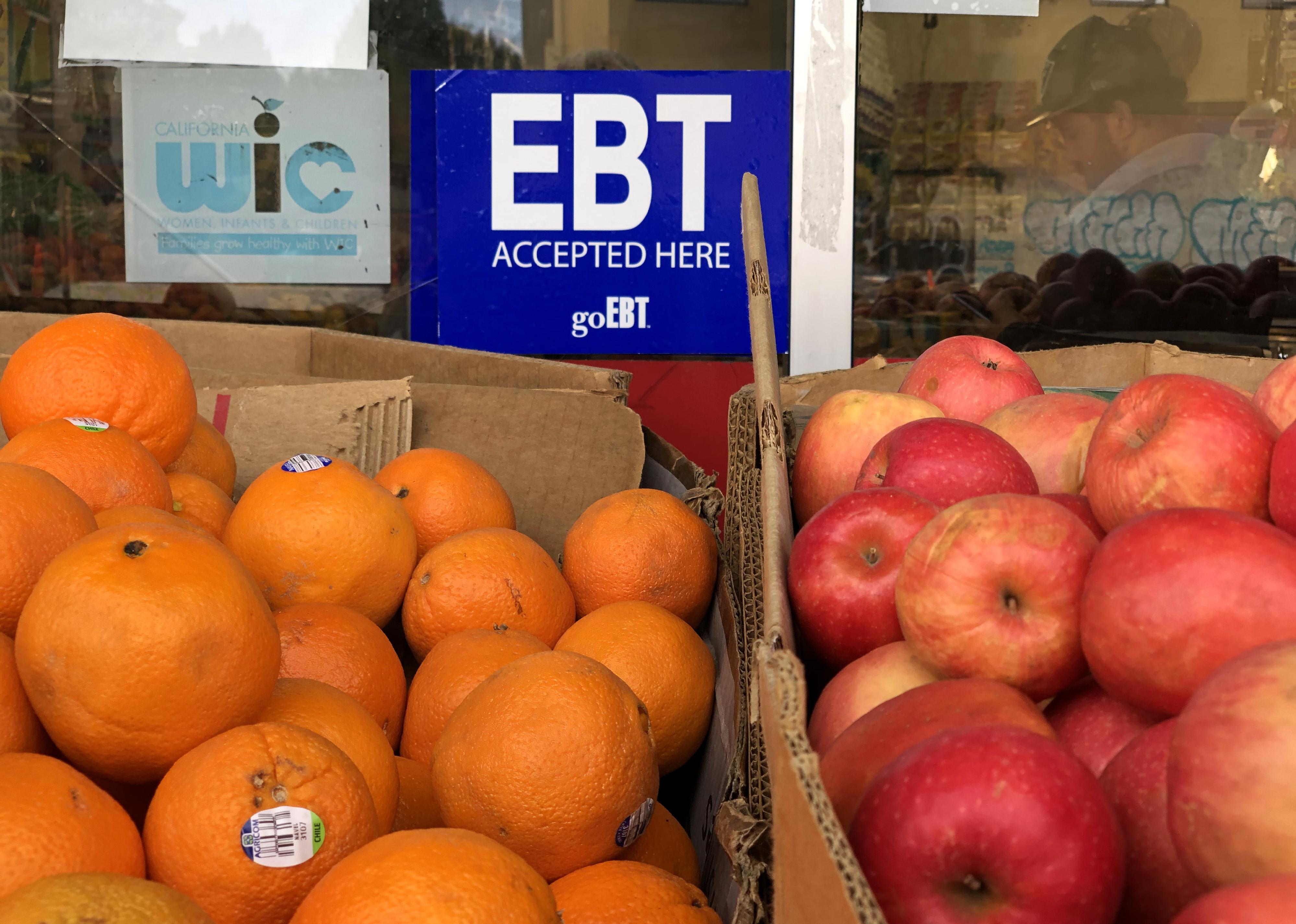 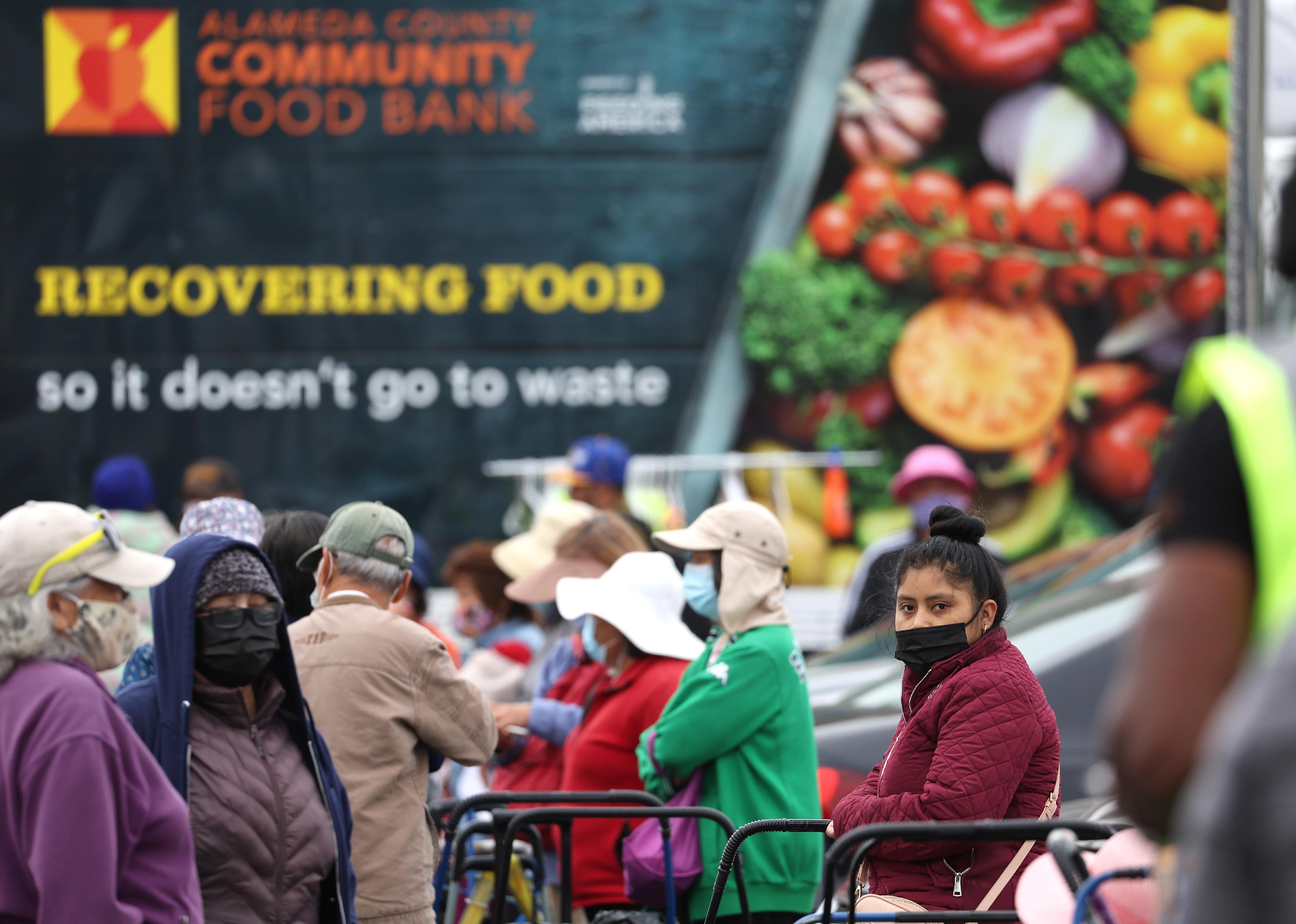 If you drive a car, buy groceries, eat out at restaurants, or have spent money on pretty much anything in the United States in the last 12 months, you've likely felt the impact of this period of record-high inflation.

Inflation hit its highest point in 40 years in June 2022, with prices for all consumer goods rising 9.1% over 12 months, according to the Bureau of Labor Statistics. And while the October data shows that inflation is slowing down—consumer goods are now 7.7% higher year-over-year—it's still significantly higher than the Federal Reserve's desired 2% average.

For some, inflation may feel like a pinch—an involuntary eyebrow raise at check-out, a reason to budget more carefully. But for roughly 3 in 5 Americans already living paycheck-to-paycheck, already being supported by federal assistance programs, already depleting their savings if they have it, or maxing out credit cards to get by, the increasing prices can feel like a chokehold.

Grocery prices alone were more than 12% higher year-over-year in October. Paying just under $3 for a dozen eggs or $1 per pound more for chicken may seem nominal, but these increases add up quickly, forcing many people to make do with less.

Previous Household Pulse Survey data suggests that specific population segments are feeling this stress more acutely than others. Young adults aged 18-39, who were already struggling to hit financial benchmarks like student debt pay-off and homeownership, are more concerned than older generations about inflation. Cisgender females are more stressed about inflation than their cisgender male counterparts, and people who identify as Hispanic or Latino are more stressed out about inflation than those who identify as Asian, Black, or white.

The following list illustrates how Americans are getting by—such as borrowing from friends, utilizing their SNAP benefits, tapping savings, or utilizing credit cards and loans—and the stress levels of those relying on those methods. 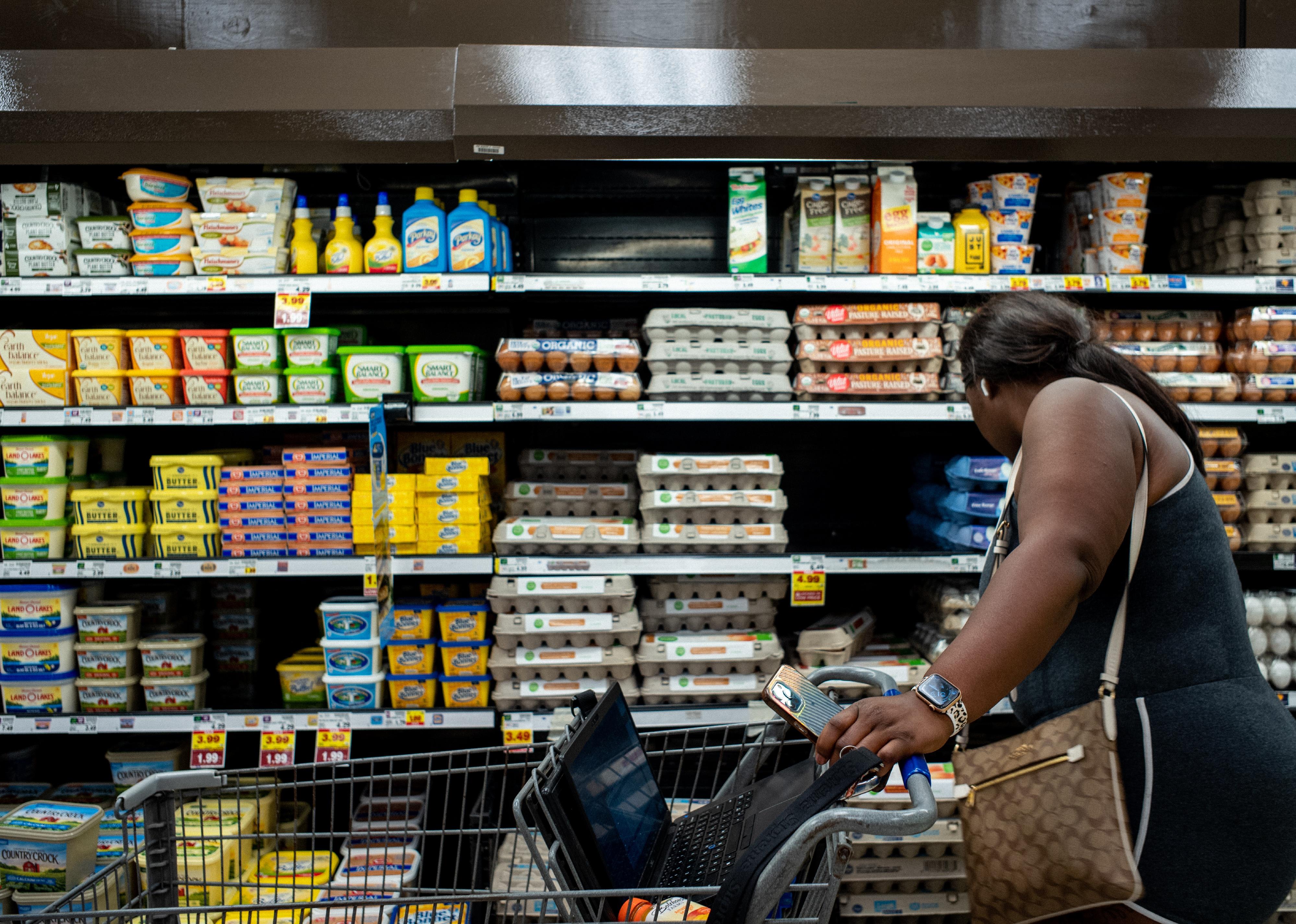 - An estimated 65% of Americans are using normal household income for basic spending
- Of this group, an estimated 72% are "moderately stressed" or "very stressed" by increased prices

So far, most Americans have stayed financially afloat simply by using their regular household income without needing to access federal assistance programs or going into debt. But this doesn't mean people are thriving.

A September survey by LendingClub found 45% of people earning $100,000 a year or more report living paycheck to paycheck as inflation negates wage growth, up from 38% a year ago. Similarly, around 62% of survey respondents earning $50,000-$100,000 per year reported living paycheck-to-paycheck—up from 57% last year. 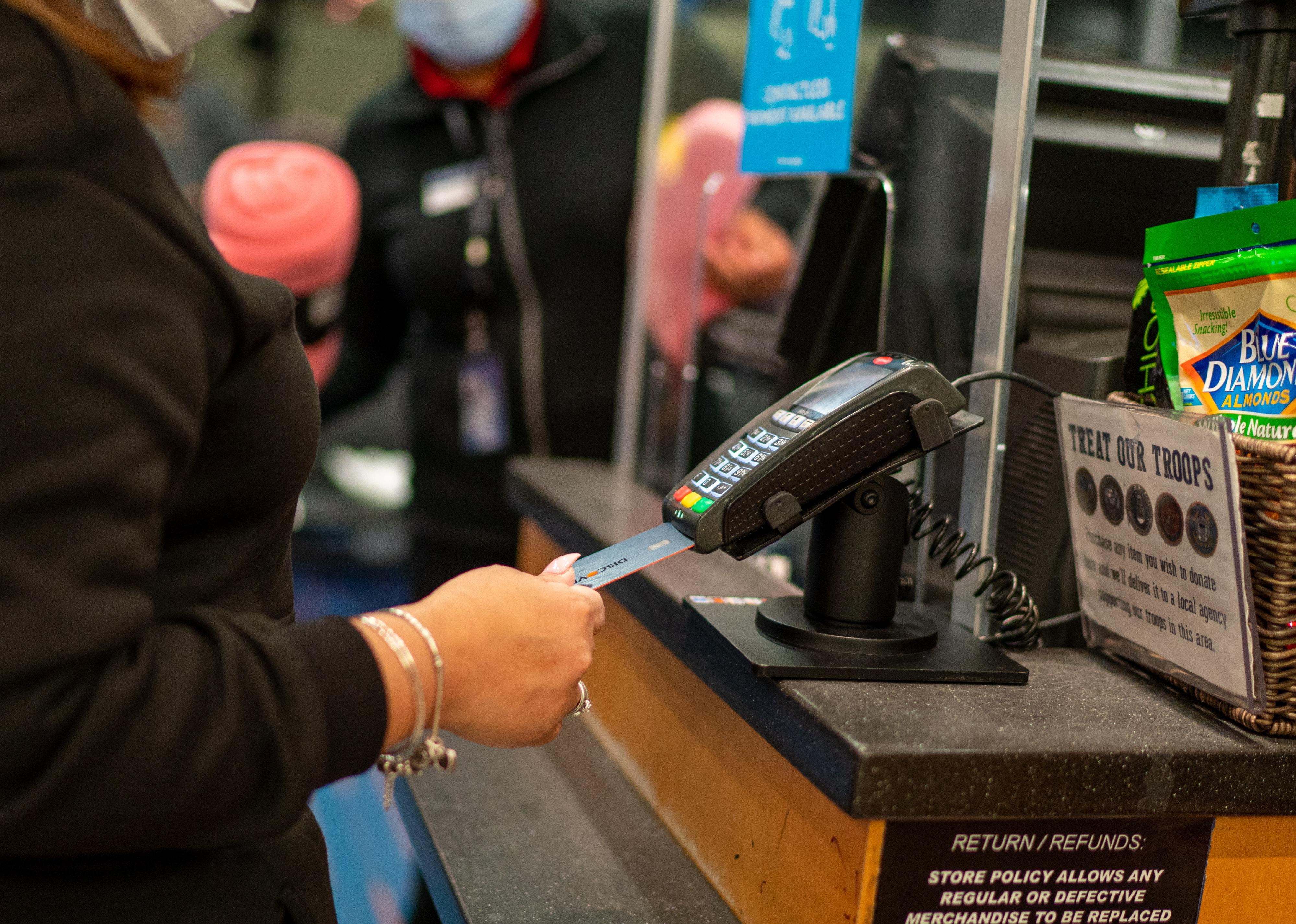 - An estimated 32% of Americans are using credit cards and loans for basic spending
- Of this group, 86% are "moderately" or "very stressed" by increased prices

For Americans relying on credit to make ends meet, record-high interest rates compound the complexity of their financial woes. Bankrate data showed the average credit card interest rate to be 19.04% as of Nov. 9, 2022—the highest rate since 1991.

The Federal Reserve plans to continue raising interest rates to control inflation. Many Americans paid down their credit card debt during the pandemic by using stimulus payments and spending less. But inflation appears to be reversing this progress. According to the Federal Reserve Bank of New York, credit card balances saw their largest yearly percentage increase in over 20 years in quarter one of 2022. Additionally, credit limits saw their most significant increase in a decade, indicating that utilization frequency is up. 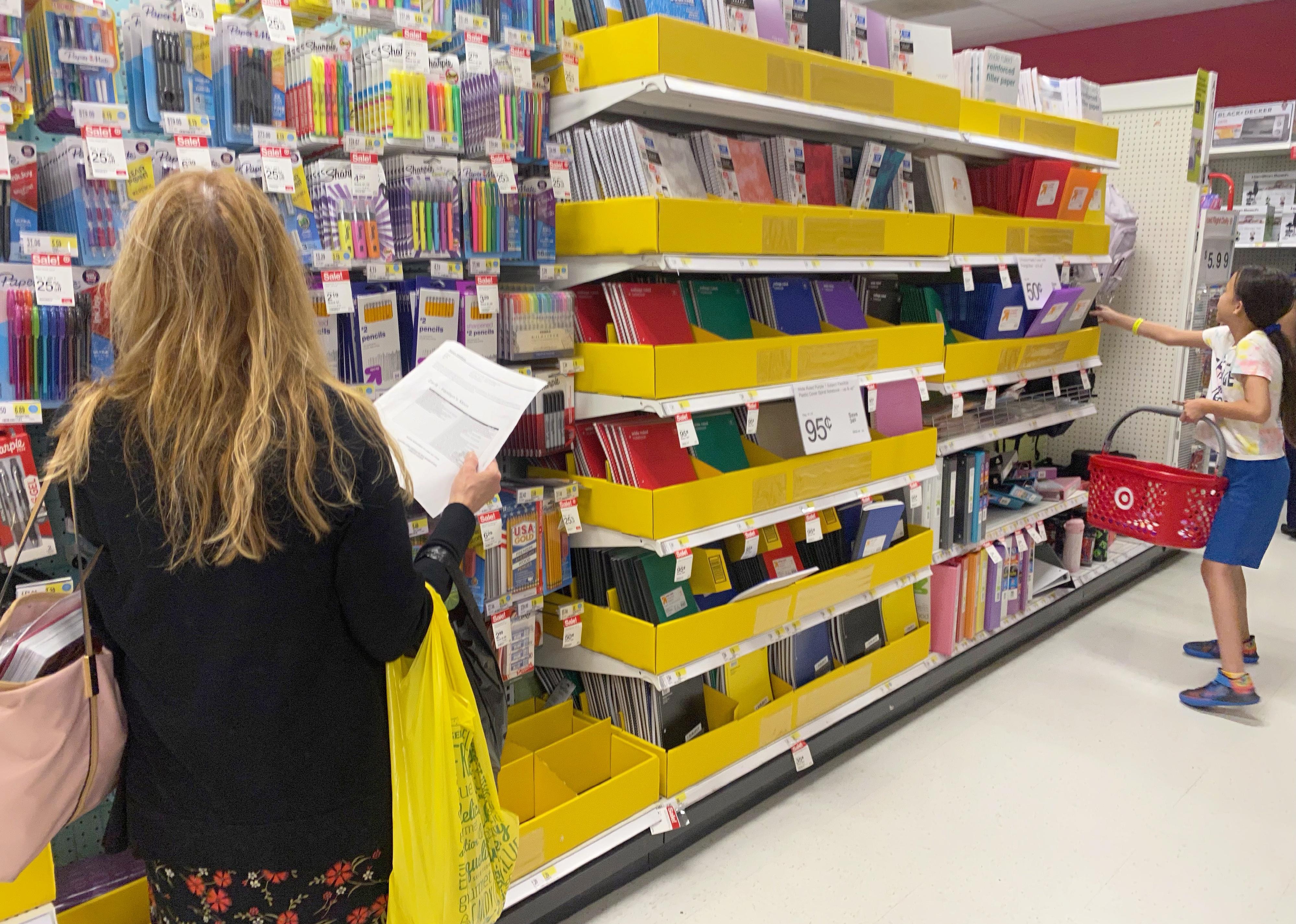 - An estimated 28% of Americans are tapping their savings for basic spending
- Of this group, 87% are "moderately" or "very stressed" by increased prices

While many Americans were able to grow their savings during the pandemic in the absence of travel and leisure activities and regular daily expenditures, that growth is idling and, for some, reversing. People are saving less and dipping into their existing savings more, particularly over the last several months, according to the Ipsos-Forbes Advisor U.S. Consumer Confidence Tracker.

The median savings for people under 35, excluding retirement savings, is $3,240; for those 55-64, it is $6,400. But most Americans have savings lower than this, and many have none at all. A Bankrate survey conducted in January 2022 found that 56% of Americans could not cover a $1,000 surprise expense using their savings. 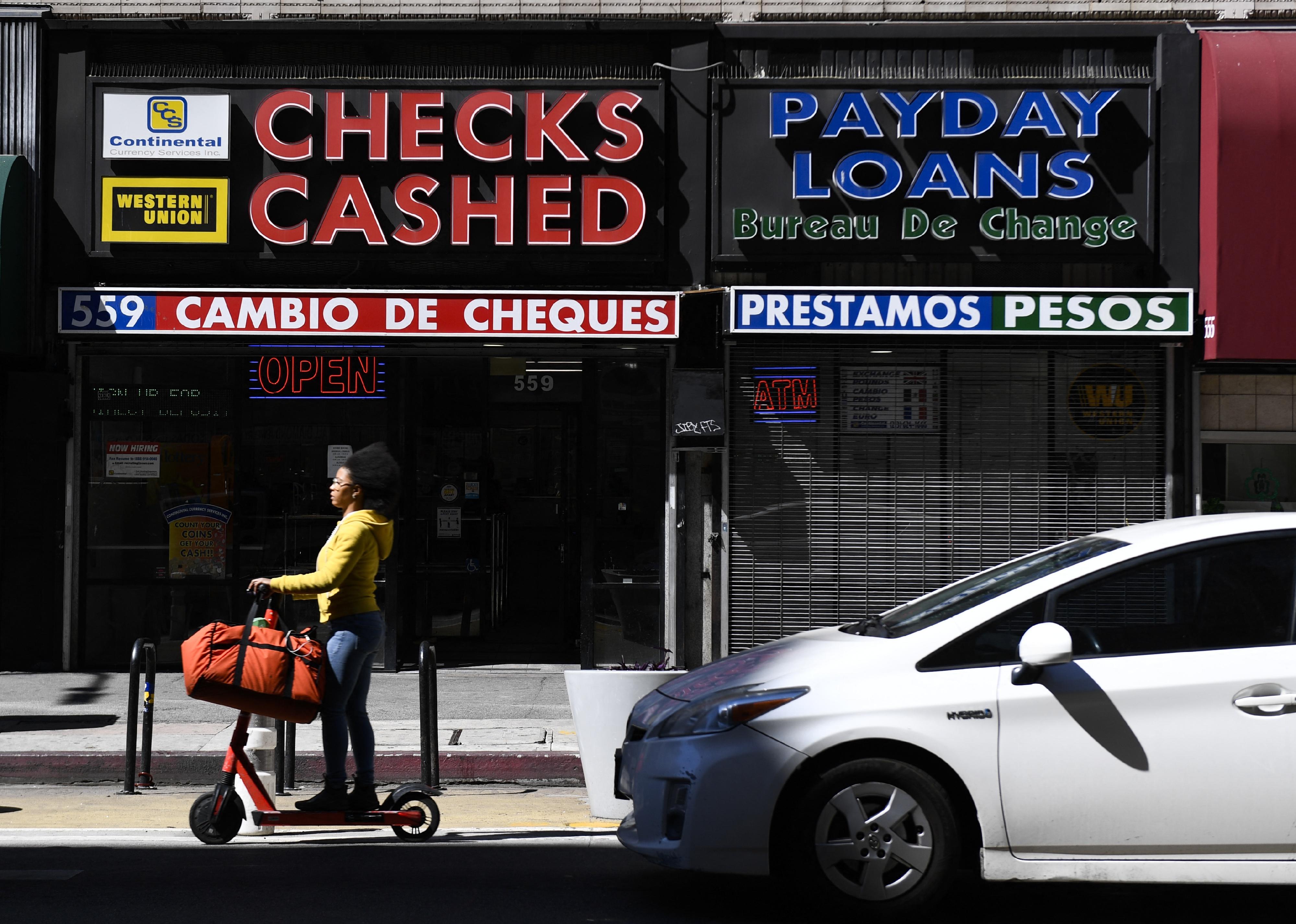 - 0.9% are using unemployment insurance benefits for basic spending
- Of this group, 89% are "moderately" or "very stressed" by increased prices

There are just over 6 million unemployed Americans, but only some receive unemployment benefits. Applying for unemployment can be challenging and time-consuming, and only some are eligible. As a result, many people never take the time to apply. Unemployment benefits temporarily replace a fraction of lost wages. Most workers are capped at 26 weeks. Some states like Iowa and Arkansas stop payouts after 16 weeks. 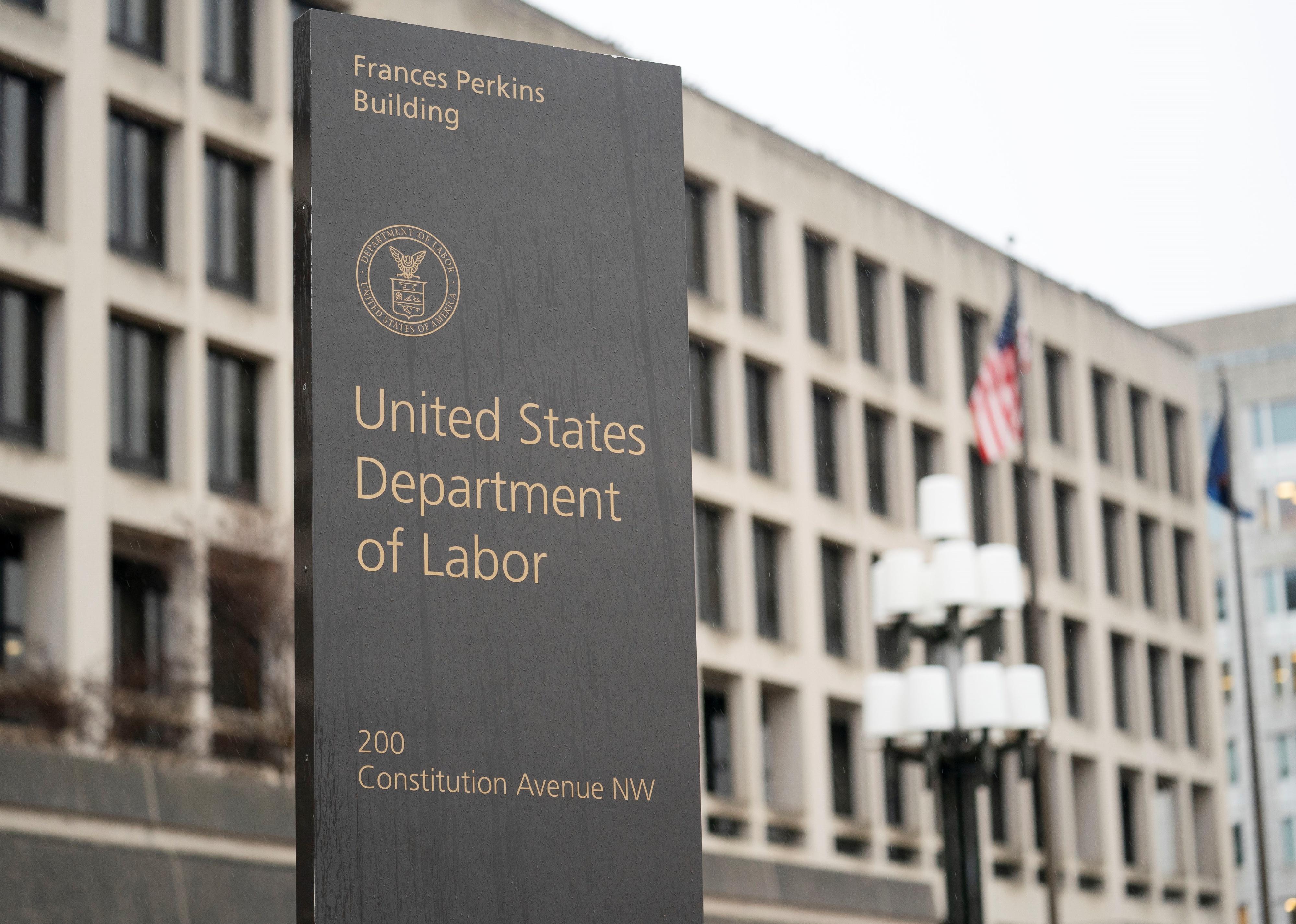 - An estimated 3% of Americans are using money from deferred or forgiven payments for basic spending
- Of this group, 87% are "moderately" or "very stressed" by increased prices

The pause on student loan payments during the COVID-19 pandemic provided needed relief to many people. But those payments are expected to resume in January. Some Americans eligible for President Joe Biden's student loan forgiveness plan are beginning to receive refund checks for payments made during the pandemic forbearance period.

However, experts recommend people hold off on spending that money because of the legal challenges the plan is facing. If Biden's plan is ultimately shot down in court, the outstanding debt, including refunded payments, must be repaid. 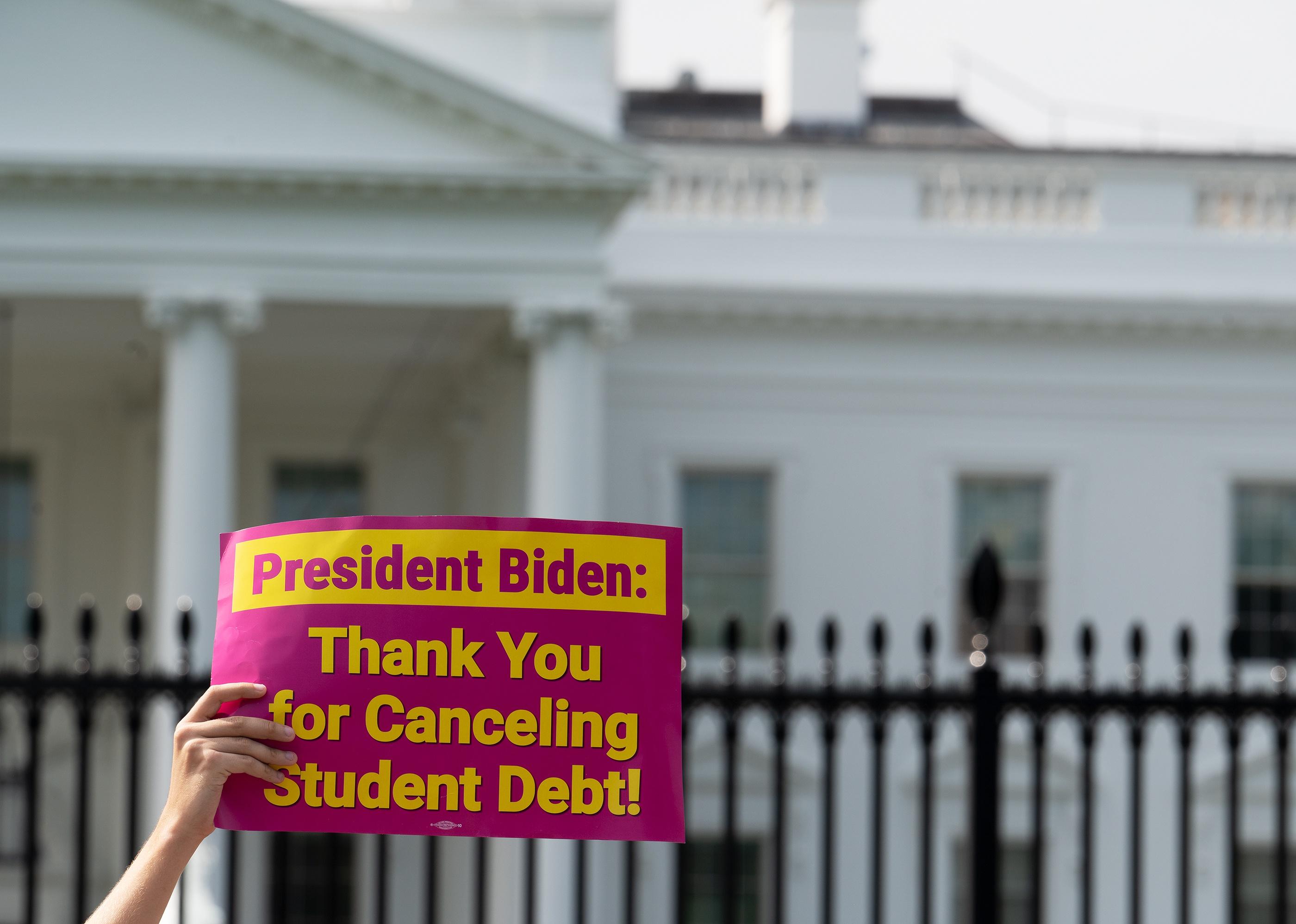 - An estimated 4% of Americans are using school meal debit/EBT cards for basic food spending
- Of this group, 90% are "moderately" or "very stressed" by increased prices

For families who rely on schools to provide lunch and sometimes breakfast for their children, pandemic school closures meant a potential gap in important daily nutrition. Pandemic Electronic Balance Transfer cards provided families with supplemental funds to purchase food for children who were eligible for and would have received free or reduced-price meals under the National School Lunch Act if schools were open.

While P-EBT benefits were meant to be a temporary stopgap, they have been expanded to assist families even with school back in session. For example, if students miss school due to COVID-19, their P-EBT cards will be loaded with an amount based on the number of days they missed to account for the meals they also missed.

Borrowing from friends or family 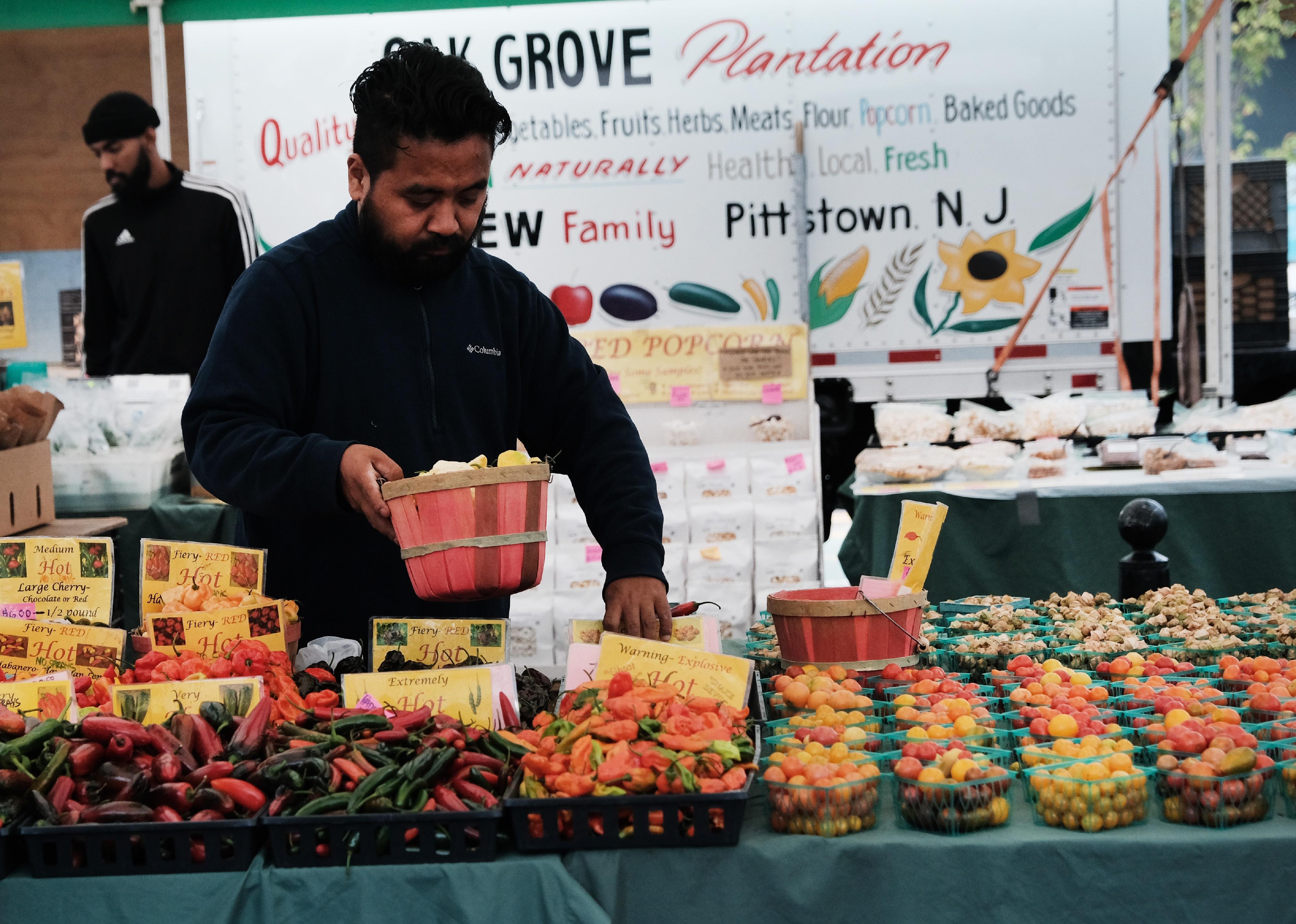 - An estimated 1% of Americans are borrowing from friends or family for basic spending
- Of this group, 93.88% are "moderately" or "very stressed" by increased prices

Informal borrowing is up dramatically from one year ago, particularly among Black and Hispanic populations. Generationally, millennials are the most likely to seek financial assistance from family and friends.

To avoid the awkwardness of borrowing from loved ones, some people have turned to predatory payday loans—which can come with interest rates over 500%—as a quick way to make ends meet. Experts urge people to resist the temptation of a temporary solution as it is only likely to bury one deeper in debt. 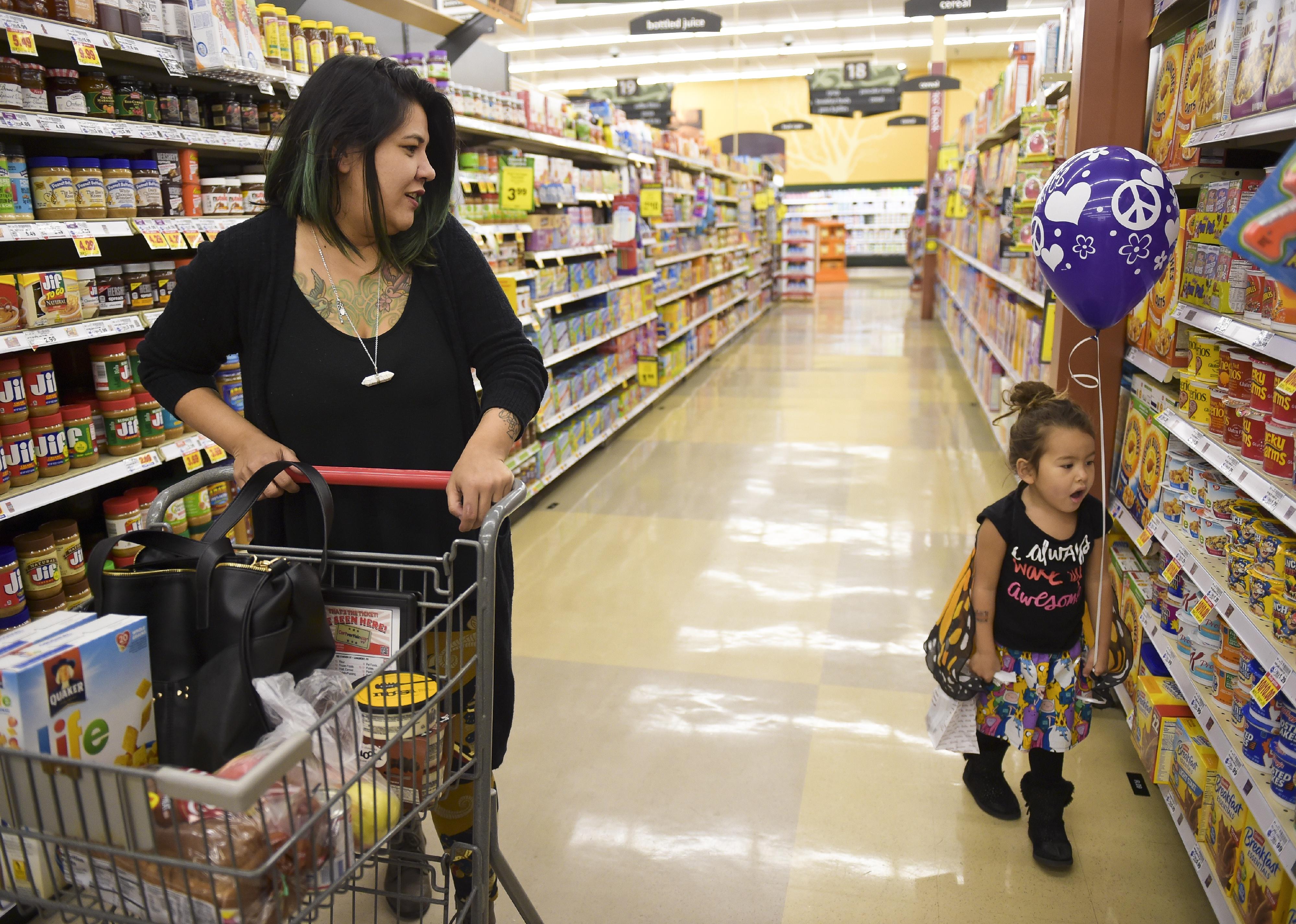 -An estimated 2% of Americans are using WIC for basic food spending
-Of this group, 89% are "moderately" or "very stressed" by increased prices

Like SNAP, WIC provides nutritional assistance to low- or no-income families. The Special Supplemental Nutrition Program for Women, Infants, and Children provides food packages for low-income pregnant and postpartum women, infants, and children under the age of 5 who are at risk of nutritional deficiencies, as determined by a professional assessment. These are the stages of child development and parental health where data says good nutrition is vital.

Participants receive personalized groceries based on their specific health needs delivered to their door or a voucher to purchase food themselves. The Department of Agriculture estimates over 6 million people participated in the WIC program in 2021, including more than 40% of all infants in the U.S.

- An estimated 7% of Americans are using SNAP for basic food spending
- Of this group, 91% are "moderately" or "very stressed" by increased prices

The Supplemental Nutrition Assistance Program, which serves more than 41 million Americans, is a federal program that provides low- or no-income households with a monthly grocery stipend. Program participants receive Electronic Balance Transfer cards, similar to debit cards, which they can use at participating retailers.

As the name suggests, this benefit intends to boost shoppers' purchasing capacity to afford nutritious program-approved foods like fruits, vegetables, and proteins, rather than covering grocery expenses entirely. For eligible people, the monthly stipends depend on household size, income, and assets and are adjusted annually for inflation. In response to record-high hikes in food prices over the last year, SNAP benefits were raised, and eligibility was expanded on Oct. 1, 2022.

This story originally appeared on Foothold Technology and was produced and distributed in partnership with Stacker Studio.