All You Need is Love, a hit at Still Partners 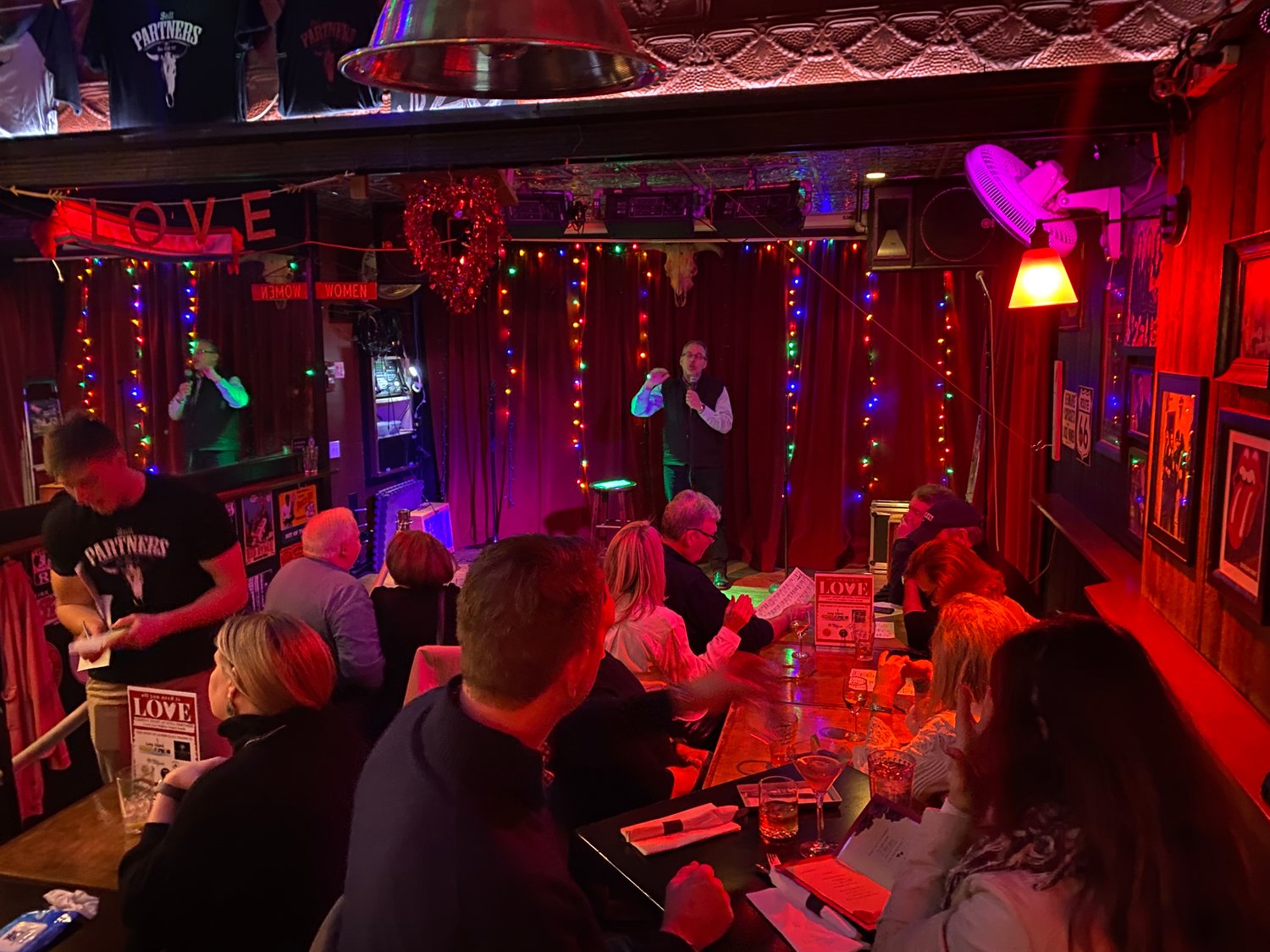 Paul Anthony, All You Need is Love’s executive producer, started the comedy evening off at Still Partners in Sea Cliff. The fundraiser for the gastropub was a big success, raising roughly $4,500.
Courtesy Jennifer DeSane
By Roksana Amid

Still Partners is best known for its casual atmosphere, upscale American cuisine and most notably, the venue where local bands and musicians perform regularly.

On Feb. 12 however, Still Partners shifted gears to be a comedy club for the Love Your Neighbor’s 2nd annual All You Need is Love event, in partnership with Long Island Comedy.

Comedians Scott Schendlinger, Mike Keegan and Rich Walker took over the traditionally used music stage sharing their humorous outlooks on life, and observations on the world as it copes with Covid.

All proceeds benefited  the Love Your Neighbor Project, a Sea Cliff based non-profit which helps local residents who are facing financial hardships.

“When we were in trouble during the pandemic, we were really close to closing,” Dan Roth, Still Partners co-owner said. “[Jamie Teich] helped run a fundraiser for us which kept our doors open. Anytime she needs something, I’m always there to help her out.”

During the government mandated lockdowns, Still Partners was forced to adopt a take-out menu and had to restrict indoor seating. Live concerts were a major source of revenue for the  once thriving Sea Cliff business and that had to be put on hold.

Roth had an idea. He set up a  GoFundMe page in 2020 to accept donations during and after a five-set musical act, which performed in his living room was live-streamed on the Still Partners Facebook page. More than $56,000 was raised keeping the gastropub in business.

Jamie Teich, founded Love Your Neighbor in May 2020 to help her community as they faced Covid-19 hardships. It was her personal mission to ensure that everyone in Sea Cliff and its surrounding areas had access to masks and hand sanitizer.

“We state that we’re here for our neighbors in need, that’s not only financially based,” she said. “It’s for those who are facing any sort of need, that there’s a safety net in the community that can catch them.“

Although it started as a small project, Love Your Neighbor eventually evolved into a registered 501(c)(3), and has hosted 30 events in Sea Cliff to date.

“What started from the place of wanting to make sure that those who were financially impacted could safely be in the world during the pandemic, turned into this organization to make sure that all of our neighbors who might be in need of something have a place to go to without shame, guild or judgment,” Teich said.

Michael Gee, a bartender at Still Partners for a decade, was tending bar the night of the All You Need is Love event.

“In general, it was really well received,” he said. “We had a really great time and it sold out. All the tables were filled, it was great.”

For those that were too late to secure a ticket, there was a virtual option for live broadcasting and now the event is posted on Youtube for free viewing.

“[The comedians] vibes were really good,” Roth recalled. “They were clean, which I was very psyched about. It was really fun, and I think there were a lot of people who were happy here. It was something different,”

He said he’s not opposed to hosting another comedy night and then added that maybe next time it will be an all women comedy night.