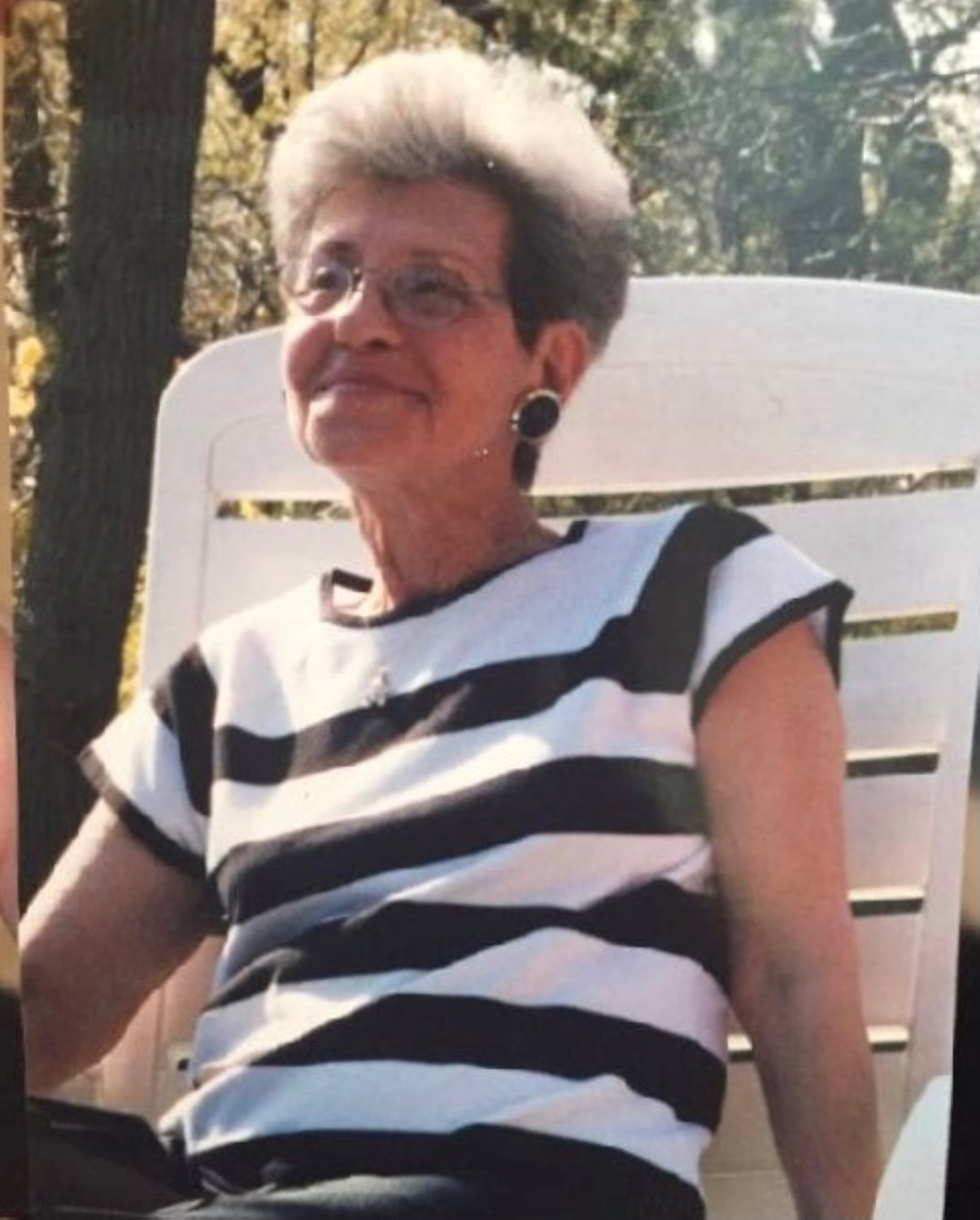 Irene Poulos, who helped build the Greek Orthodox Church of the Holy Resurrection in Brookville, died on Sept. 1.
Courtesy Spyros Poulos
By Will Sheeline

When Irene Poulos died on Sept. 1, at age 92, the North Shore Greek Orthodox community lost not only a devoted parishioner, loving wife and mother, and cheerful neighbor, but an important figure in its communal history as well. Poulos, of Bayville, along with her husband and several friends and area residents, played an integral part in the creation of the Greek Orthodox Church of the Holy Resurrection in Brookville in 1976.
Poulos was born Irene Chakirsy in Paterson, New Jersey, in 1930, but was raised mostly in Astoria, Queens. Her parents were Greek immigrants from the region around what is now Istanbul, Turkey.
Poulos’s family was in the beauty industry, and she and her five siblings — two brothers and three sisters — worked at her brothers’ salon on Main Avenue in Flushing, the Beauty Nook. At a convention for hairdressers in the 1950s, Irene met her future husband, James Poulos, another Greek immigrant who also worked in the beauty industry.
They married and had two sons, Spyros and Alexander, and lived in Bayside, Queens, before moving to Bayville in 1969. Spyros, their oldest son, said his parents made the decision to move there because they wanted to give their sons a life as close to the American Dream as they could.
“They really gave us a great childhood, and it was such a great community to grow up in,” Spyros said. “We had a normal, great childhood, and a lot of that stability came from the sense of community and sense of family in Bayville.”


In addition to providing a good life for her children, Poulos never forgot the importance of maintaining her ancestral religion. In the 1960s and ’70s however, the Greek Orthodox community on the North Shore was without a church to accommodate the growing Greek population in the area.
While many simply bemoaned the lack of a church, Poulos and her husband gathered other like-minded Greek-Americans in the area to work with them to get a church built. Zoe Karousos, of Glen Cove, a good friend of Poulos’s, remembered all the planning they did while meeting at the restaurant Souvlaki Place in Bayville.
“We would gather in homes and restaurants and discuss what we needed to do if we were going to have a church,” Karousos recalled. “We worked very hard to get where we are. At the time there was no secretary, so we all pitched in to do everything.”
Spyros Poulos explained that while his mother was religious, she was first a community-minded and kind person, and her commitment to help creating the first Greek church in the area reflected that. Even later in life, when she suffered from dementia, her son said, she always tried to care for others first.
Her efforts were clearly not in vain. The Greek Orthodox Church of the Holy Resurrection had humble beginnings, inspired by conversations over souvlaki, it has come a long way. In the early days, services were held in the Methodist Church of Glen Cove, until they finally were able to get their own facility in 1981.
Since 2005 the congregation has occupied a church in Brookville to accommodate their growing congregation, and today the church boasts over 420 families and has a small church school as well, with 130 students. Poulos’s efforts to honor God and bring her community together succeeded, as the church’s current priest, the Rev. Panteleimon Papadopoulos, attested.
“I think the power which a truly vibrant and active religious community provides for people is really the essence of what we try to do here,” Papadopoulos said. “It’s really thanks to her that all this is possible.”
Report an inappropriate comment