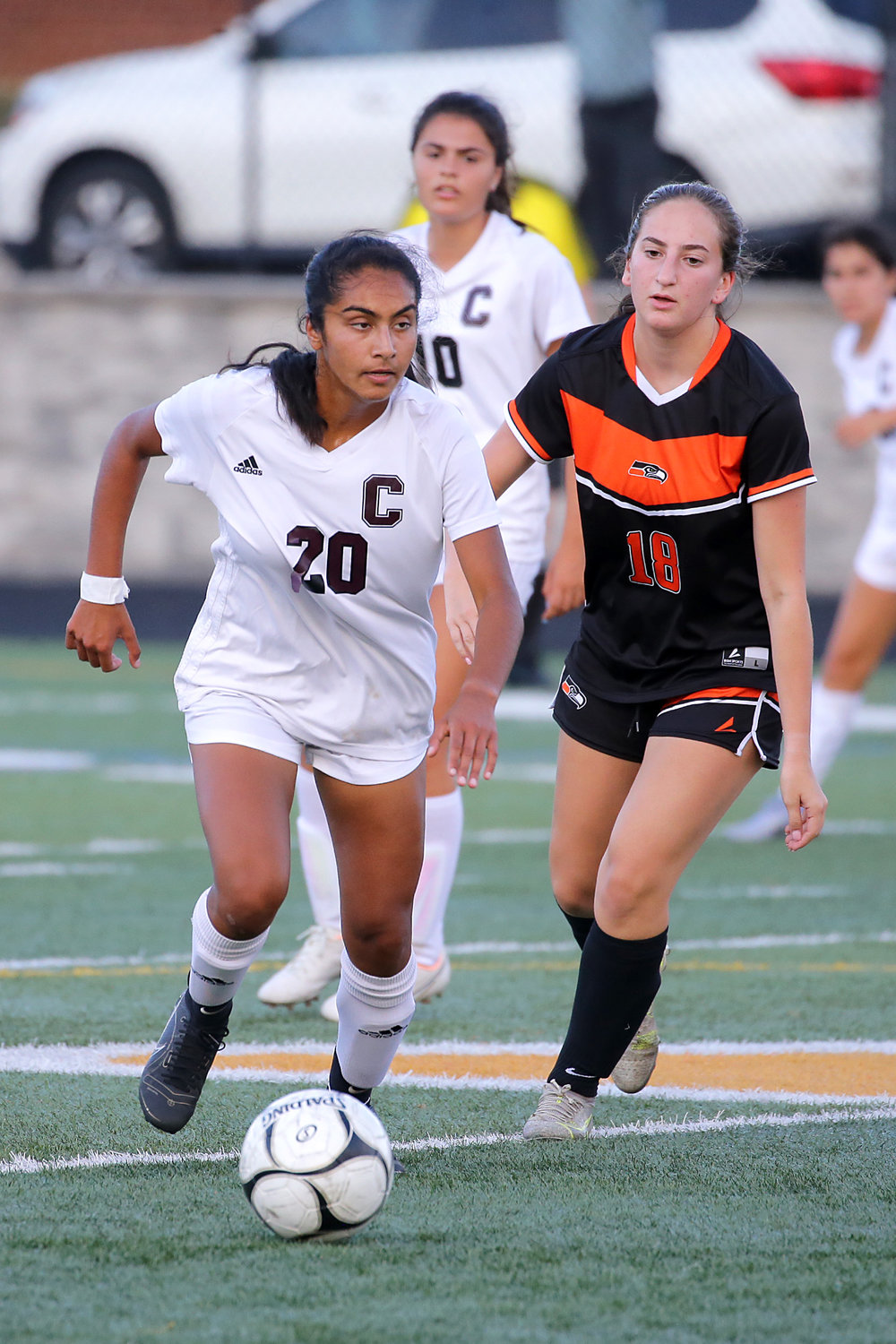 The Clarke girls’ soccer team hits the home stretch of the season in the mix for a league title but with no margin for error.

A 2-1 win at Glen Cove last Saturday improved the Rams to 5-1-2 in Conference A-IV with four games remaining. Clarke, which is in its second season in A-IV after conquering Conference A-V during the abridged spring 2021 season,  will need to win out in order to have a chance to catch first place Carey to earn the league’s lone playoff spot.

Clarke has been led by a strong defense anchored by senior goalie Kaitlyn Vo, who has recorded four shutouts and recorded 10 saves in Saturday’s Glen Cove victory to preserve the win. The Stony Brook commit also shined in a 1-0 loss to Carey on Sept. 20 with another 10 saves effort.

“She knows the ins and outs of the game and that she is just such a good kid,” said longtime Clarke girls soccer head coach Becky Mattia, who shined as college goalkeeper at Hofstra. “We wouldn't win these games without her.”

The backline in front of Vo has featured strong play from seniors Kiera Heavey and Cynthia Velez. Heavey missed the last two games due to a concussion but should be back for the team’s next match Friday against Roslyn.

“She reads the game really well,” said Mattia of Heavey. “She’s been phenomenal.”

Mattia said Mehta has taken big steps this season with her strong work ethic and will have a chance to be a Division I college soccer player.

The Clarke offense exploded in mid September when the Rams blew out Valley Stream North 7-0 on Sept. 13 followed four days later by a 6-0 win against Island Trees. Mehta talled five goals in the dominating Valley Stream victory with Cakmak and  Cisneros also chipping in with one score apiece. The Island Trees win featured a hat-trick by Mehta and two goals from Fasce.

Clarke is next in action Friday for a 5 p.m. kickoff at home against Roslyn before a visit to Valley Stream North Monday evening at 6:30 p.m. The Rams conclude the regular season at Island Trees on Oct. 11 and home versus Carey on Oct. 13 at 5 p.m.

Whether Clarke is in contention for a postseason bid or not in its final regular season game against Carey, Mattia said the team is determined to go out on a winning note.

“We had meetings about goals for the last handful of games we have left,” Mattias said. “And everyone had pretty much the same one which is to work together as a unit and for the seniors to leave everything out on the field.”