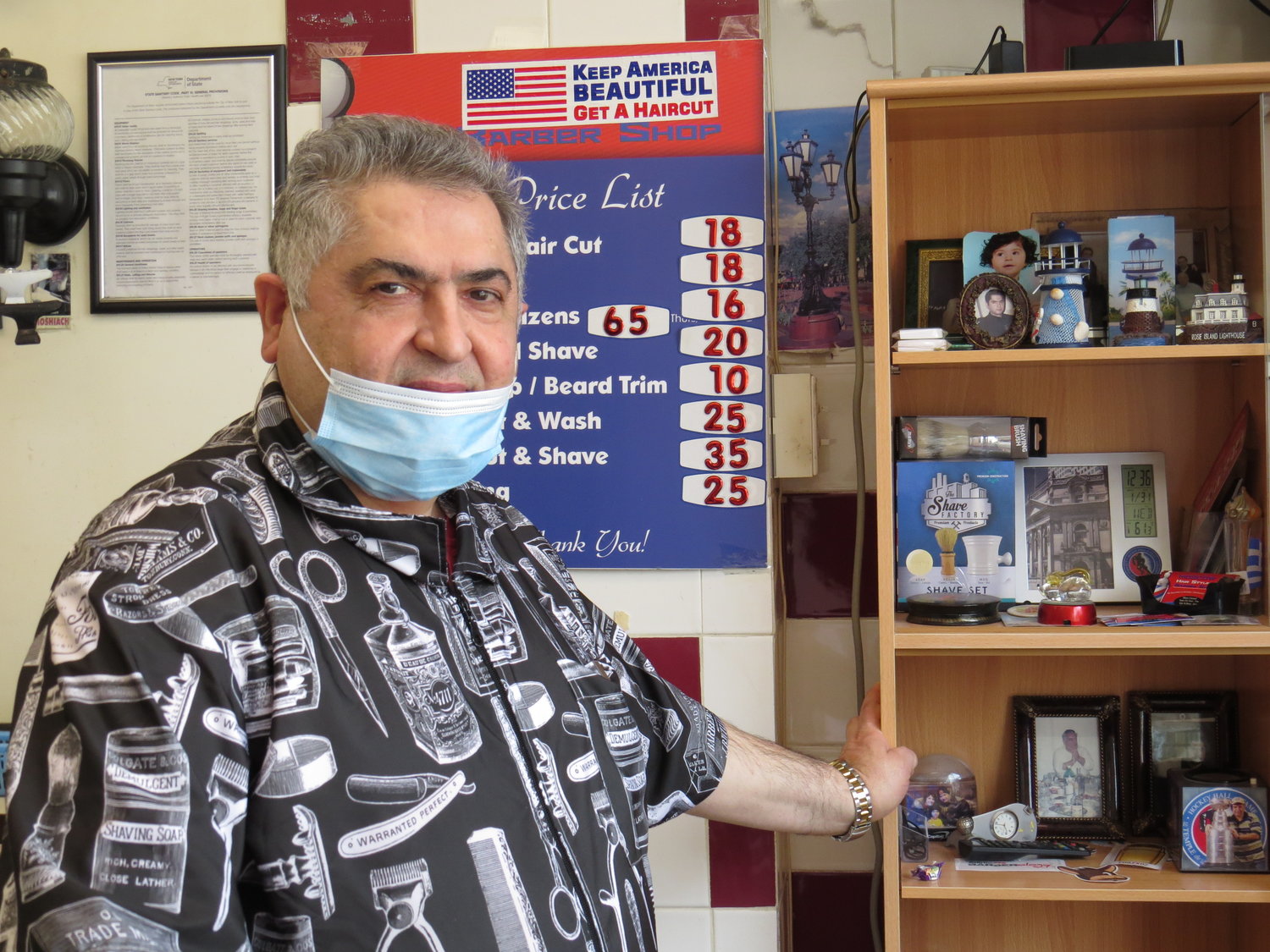 Edward Gavriyelov, the owner of Moscow Hairstyling, decided to change the name of his barbershop to Cove Hairstyling.
Courtesy Letisha Dass/Herald 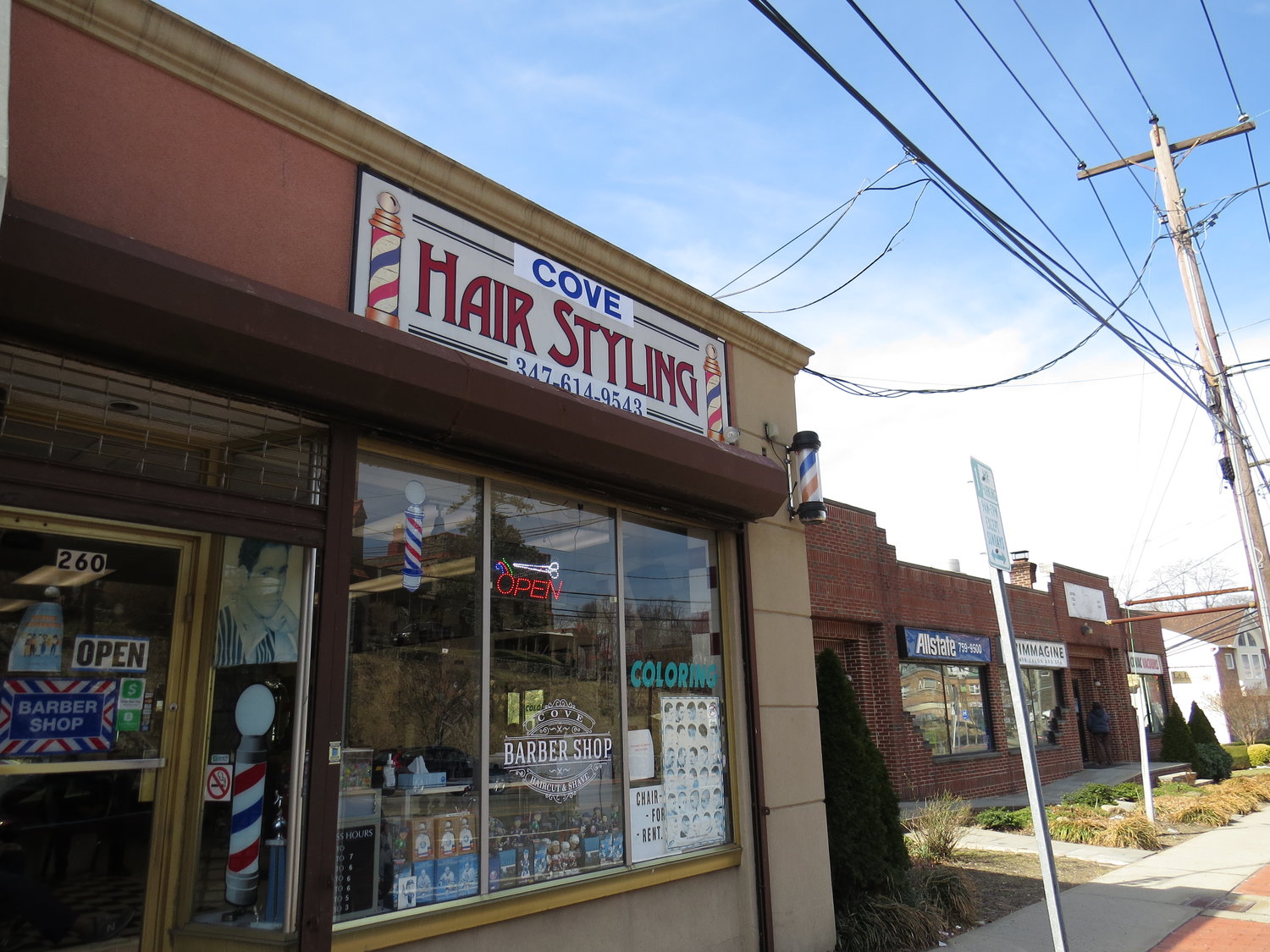 For more than 30 years, customers knew it as Moscow Hairstyling. But as of Tuesday, the right side of the retail duplex at 260 Glen St., has a new name: Cove Hairstyling.

Edward Gavriyelov, who took over the shop in 2014, made the change for two simple reasons — his dislike of Russian President Vladimir Putin, and his even greater dislike of Putin’s invasion of Ukraine.

“I just want to be far from this thing, because I am just not agreeing with what is going on over there,” Gavriyelov said.

The name honoring the Russian capital was coined by the barbershop’s original owner, Slava Yabek, who wanted to honor the city where he was born.

“I am from Moscow, and that’s why I call it Moscow,” Yabek said. “I wasn’t afraid to call [it] Moscow because I had no doings with politics.”

Yabek passed on the business after more than two decades of to Gavriyelov, a native of Uzbekistan who lives in Queens. Gavriyelov had worked with Yabek before his retirement, and originally kept the Moscow moniker.

Yabek knows about the name change and has no problem with it. The barbershop belongs to Gavriyelov now, he said.

Some 3 million people have fled Ukraine since Russia began its invasion Feb. 24, according to the United Nations. Some 1.8 million have sought refuge in Poland.

Russia continues to bombard Ukraine, especially its capital, Kyiv, targeting in many cases residential buildings and Metro stations, according to news reports.

“I hate what’s going on,” Gavriyelov said. “I hate the war.”

Yabek was a refugee himself when he came to the U.S. Although he was born in Russia, he says he doesn’t care much for his ethnicity. In fact, he’s more likely to identify himself as Jewish..

“We [are] peaceful people. We [do] not support to be in war with the politics,” Yabek said. “Politics bring people to the big problem … to global war, which nobody wins.”

Although some businesses have suffered financially from names associated with Russia, according to reports, Gavriyelov says his customer base has remained stable. That’s because they appreciate his talent and skills.

One of those customers is Elijah Schimkewitsch, whose mother grew up in Ukraine. The Glen Cove resident has been a regular at what was Moscow Hairstyling since he was an undergraduate student back in 2012. He wasn’t aware Gavriyelov changed the barbershop’s name, but that made no difference to Schimkewitsch.

Schimkewitsch’s mother immigrated from Kyiv in 1994. She still has family there and in other parts of Ukraine.

“My mom, she’s been a wreck,” Schimkewitsch said. “She’s just on the phone all day talking through conversations with family and friends.”

Ukrainian men between 18 and 60 have been drafted and recruited into the conflict since the day before the Russian invasion. Although women have a chance to flee, many Schimkewitsch has spoken to have decided to remained in Ukraine.

“I know a lot of wives who did not really want to leave the homestead or didn’t feel so safe,” he said. “So they kind of stuck around, even though there’s tons of refugees who have crossed the border.”

One woman Schimkewitsch talked to lost her husband last year. She decided to stay in Ukraine because of her vision — she had suffered a detached retina.

Schimkewitsch did reach one of his cousins on Tuesday who has been wearing Ukrainian military garments and carrying an M16 rifle. Even without any military or ammunition training, he is ready to go to war.

“He just has a lot of pride for the country,” Schimkewitsch said. “He got his wife and their baby across the Poland border, and he is defending the homeland.”

A Ukrainian anesthesiologist told Schimkewitsch his wife and daughter were able to escape to the United States, but the doctor had to stay behind to fight.

Schimkewitsch has noticed other community efforts to bring awareness and aide to Ukrainians. He has sent cash to family members there, and donated to the U.N. Children’s Fund.

“I didn’t want to [be] too much political, but I guess this was the only way,” Gavriyelov said. “I disagree with the politics of President Putin.”