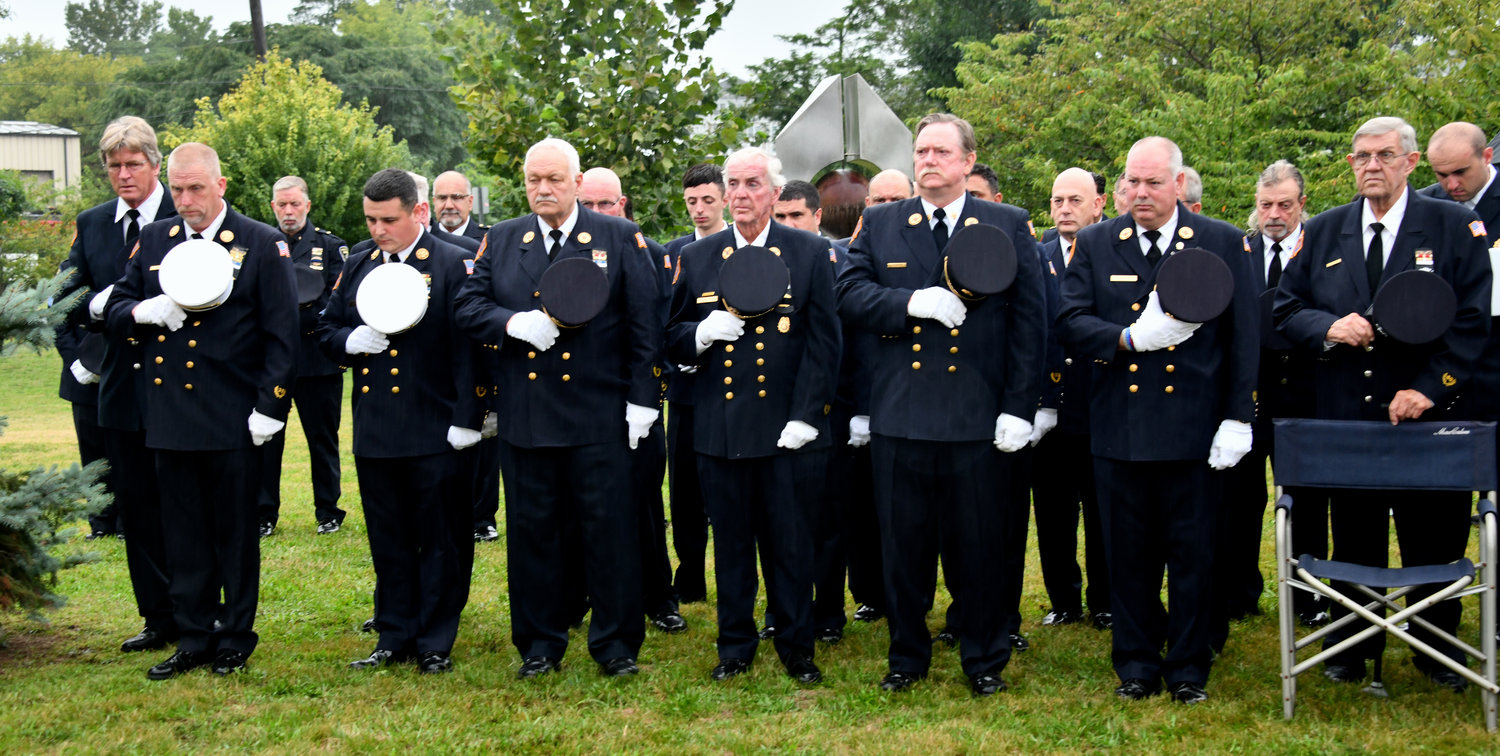 The Glen Cove Fire Department paid their respect to lives lost in the terrorist attacks on Sept. 11, 2001.
Tab Hauser/HERALD

It deepened the American spirit.”
Pam Panzenbeck mayor, Glen Cove
By Roksana Amid

Huberman offered guidance to survivors and those struggling with their emotions on the anniversary. “It is so easy these days to become a hater,” he said, “but when we do that, we give in to the forces that caused 9/11.”

The best way to fight hate, Huberman added, is to shift the focus to choosing love and democracy, and on setting a good example for children.

Mayor Pamela Panzenbeck reflected on the impact the attacks had on the U.S., saying that Sept. 11 was one of the worst days in the country’s history. But even through the event was horrific, she said, the nation emerged stronger, and unified.

One of the event’s memorable moments came when Panzenbeck placed a red, white and blue wreath near the Glen Cove firefighters statue with Michele Puckett Formoll, the daughter of Sept. 11 victim John F. Puckett. Puckett Formoll was 16 and a student at Glen Cove High when her father died in Tower One.

Vincent Martinez, a volunteer Glen Cove firefighter, recalled his efforts to find survivors at ground zero with his friend Billy Kessel in the week after the attacks.

“We went in and started digging,” Martinez said.  “We just did what we could to help out.”