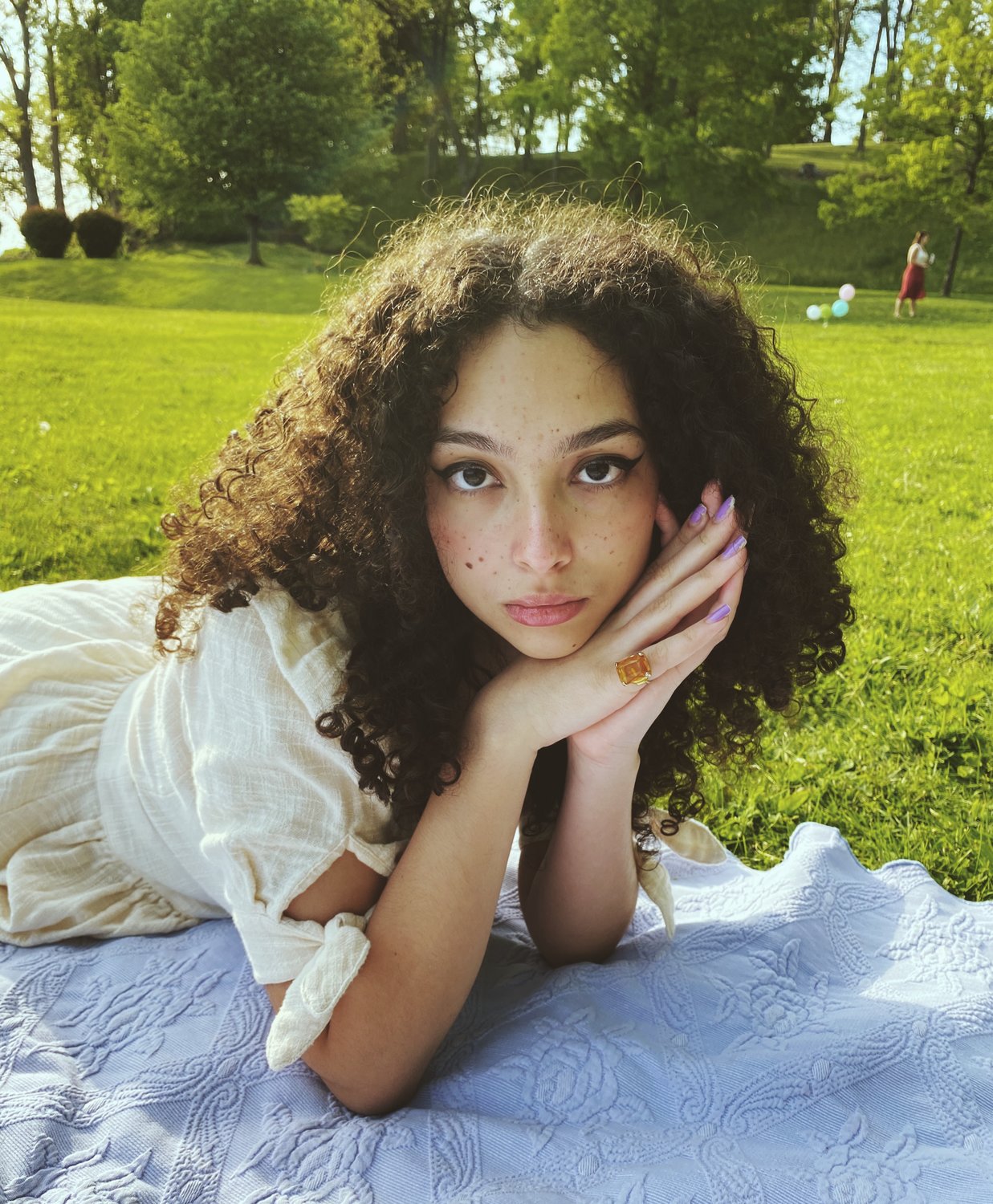 With the prevalence of iPhones, editing software and platforms such as YouTube and TikTok, anyone with a digital camera can create and share videos. Having the tools doesn’t necessarily mean a person has talent, but for 15-year-old Ava Solange of Glen Cove, an amateur interest in videography led to a paid opportunity.

The high school junior already has a portfolio of completed video projects, including a professional music video. Initially, she said, her interest was in photography. But, she added, “As I started working with my camera more, I realized I could film videos.”

Like many teens, Ava taught herself how to use the camera by making TikTok videos, and expanded the scope of her projects. This summer, after hearing a song by singer-songwriter Chris Armata, of Oyster Bay, she was inspired to do something bigger: shoot and edit a music video. She created a video for Armata’s song “Gratitude” while vacationing in Southern California, enlisting her mother and her aunt as subjects.

“I knew that I’d have some nice shots for scenery, and I thought that would go well with the song,” Ava said. “I was just picturing a lot of fun dancing and a good time, because that’s what the song is about — appreciating the happy moments.”

After four days of filming with her iPhone and a drone, she spent two days editing down about 90 minutes of footage for the three-minute song. “I had to look for the best parts of the videos and see what went well with the song and the rhythm of the song,” she explained.

Using the drone footage in addition to the phone footage made the editing process more complicated, Ava said, but the final result flows together well. “I’m very proud of how it came out and how it was put together,” she said. “I feel like it really captures the vibe and the feeling that the music gives you.”

However, she said, “I did run out of good clips to use in the end, and it still kind of bugs me. But overall, I’m really proud of how it came out for my first project, and it’s opened a lot of doors for me.”

Before her collaboration with Armata, Ava worked as a volunteer for Downtown Sounds, the weekly summer concert series in Glen Cove presented by the Downtown Business Improvement District, and she connected with Downtown Sounds Committee members and made several promotional videos. Some of them aired during the virtual concerts in the summer of 2020. Fred Guarino, chair of the committee and owner of the Tiki Recording Studio in Glen Cove, was impressed with her work.

“She’d been dabbling with doing amateur videos, and I noticed that she has an eye,” Guarino said. “She’s doing something a little more advanced for someone her age. She has an artistic flair for doing these things.”

Guarino has worked with Armata for more than 40 years, and “Gratitude” is one of the more recent songs the musician has recorded at Tiki.

“I was very impressed with the video she did for Chris, in a major way,” Guarino said. “I didn’t expect it to have the maturity, camera angles and the direction. I knew she was good, but that took it to another level.”

Armata was also im-pressed with Ava’s work. “I was caught by surprise,” he said of his first viewing of the video. “I was absolutely blown away. She edited it to be a beautiful piece. Quite honestly, if I had hired a professional, I don’t think they would have done better.”

Though he works full time as a produce distributor in the Bronx, Armata, 63, has been writing and recording songs for decades, but had never made a music video. After seeing Ava’s work, he wants to make more with her.