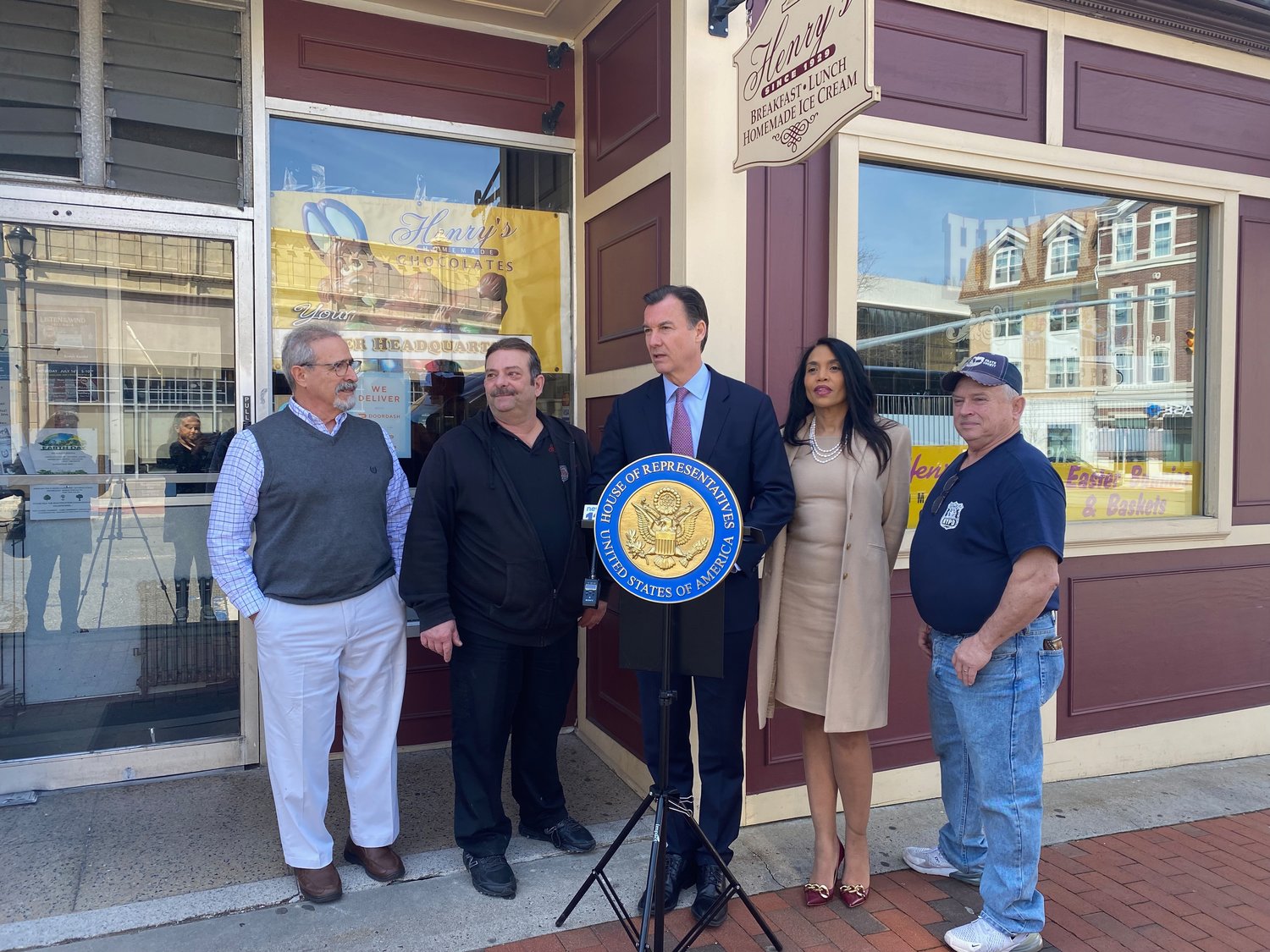 No industry was harder hit than the catering and restaurant industry when it came to the Covid-19 pandemic.”
Mickey King President, New York State Restaurant Association
By Letisha Dass

There may still be hope for small businesses and restaurants that have struggled throughout the pandemic to receive federal aid. The House of Representatives’ $55 billion Relief for Restaurants and Other Hard Hit Small Business Act of 2022, which it approved on April 7, may provide the needed relief.

Included in the legislation is $42 billion to renew the Restaurant Revitalization Fund. Another $13 billion would fund a new Hard Hit Industries Award Program, which would benefit small businesses that were impacted by Covid and were ineligible for RRF or the Shuttered Venue Operators Grant Program.

The House approved the new bill in a 223-203 vote, moving the legislation to the Senate. But Rep. Tom Suozzi said that “the Senate is not looking like they want to do it.”

Suozzi held a news conference on Monday outside Henry’s Confectionery in Glen Cove, where he called on the Senate to help small businesses recover — especially after the Restaurant Revitalization Fund, a grant program that was part of President Biden’s American Rescue Plan, was depleted of funds within three weeks.

Last year, the RRF received 278,000 applications for over $72.2 billion in funds, but only 101,000 were approved for the grant, according to the U.S. Small Business Administration. The depletion of funds left a vast majority of applicants unable to receive any federal aid.

Suozzi said that businesses in New York have been hit the hardest by the lack of aid, because the area was the first to be hit hard by the pandemic.

“We’re still recovering from that trauma,” Suozzi said. “And we’re all forging forward to try and get back to be not only normal, but better than we were before. But we’ve got to recover from this. We need to help our restaurants that are still suffering, trying to claw their way back.”

Patricia Holman, executive director of the Glen Cove Downtown Business Improvement District, said she worried about local businesses as they continue to struggle to stay afloat while dealing with inflation and shortages of product.

Homan said she hoped the Senate would join the House in passing the bill. “I hope that our senators follow suit, so that our local staples, such as Henry’s, can continue to serve the community for decades,” she said. “Without this additional relief, these businesses will continue to struggle, undermining our local economy and further business development.”

Henry’s Confectionery has been serving the Glen Cove community since 1929. Because of the pandemic, its owner, Joe Valensisi, has struggled to remain open without benefit of supplemental funding while business has lagged.

Valensisi, who has owned the restaurant for 22 years, recalled that at the height of the pandemic, Henry’s was a “ghost town.” Two years later, he said, it is still only operating at about 30 percent of capacity.

“All of us local guys — little, small mom-and-pop shops — we got cut off at the very end,” Valensisi said. “We all need help still recovering two years now into this. It’s still a rough road.”

The shortage of supplies and the rise in prices for products and services, he added, has made things harder. “That’s what really hurt us now,” Valensisi said. “Things have more than doubled. It’s hard to get everything.”

Even so, he is holding out hope that he will be able to keep Henry’s open so it can celebrate 100 years in business.

Glen Cove welcomed three new businesses at the start of the pandemic, Holman said, but they have gone without government aid.  “They’re still here,” she said. “But they’re definitely struggling, and they haven’t been able to receive any funding.”

Laura’s BBQ, a mobile catering business since 2004, opened a restaurant on Shore Road in Glen Cove in 2020. Lloyd Adams, the owner, said that Covid had shut the business down at the time.

The catering side of the business was able to receive a grant, Adams said, but when he applied for federal aid for the restaurant, he was denied because it did not have a tax history of at least two years.

“We already had too much money invested to throw it away,” Adams said.

“So we’ve been fighting to stay ahead, and it’s a shame that we can’t get any money for the small mom-and-pop businesses.”

“We want to help these businesses,” Suozzi said. “We want to try and help them get through this rough patch so they can continue to do what they’ve been doing for decades.”