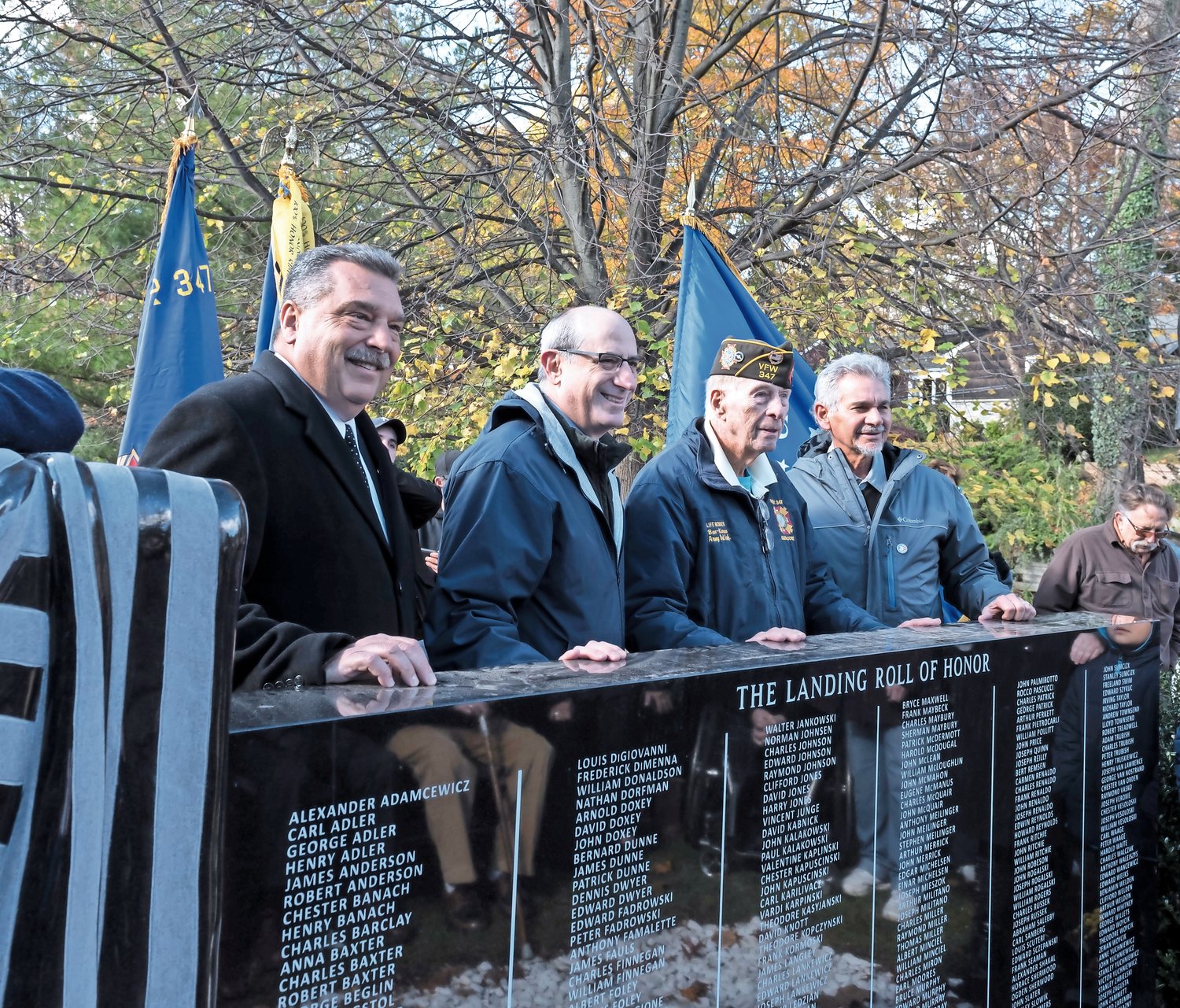 Ben is truly a pillar of the community, and he has such a magnificent history.”
Fred Nielsen, Glen Cove, VFW Post 347 member
By Will Sheeline

When Bernard Farnan — known as Ben to his friends and family — returned to Glen Cove from the Korean War in 1953, there were no celebrations or parades for returning veterans.

“When I re-turned home from Korea there was no fanfare,” Farnan recalled. “Most people weren’t even aware that I had been in Korea. As a matter of fact, I didn’t know where Korea was when I was originally drafted.”

Often overlooked in history books focusing on World War II and the Vietnam War, the Korean War has been called America’s Forgotten War. Times have changed, however, and in honor of Veterans Day, Farnan wanted to share his story of a life of service.

He was born in Glen Cove in 1930 to Irish immigrants Bernard Farnan and his wife, Sarah Gordon. His father had left his home in County Cavan at age 14 to work in the mines in Scotland to send money back to his family, which included his parents and 14 siblings.

The elder Farnan then fought in a regiment of Scottish Highlanders during World War I, after which he came to Glen Cove to work as a bricklayer. At a dance at St. Patrick’s Church, he met Gordon, who had left her home in Galway to work as a chambermaid for the Smithers family.

Farnan spent his childhood in Glen Cove, his early teenage years overshadowed by World War II. In the meantime, he attended local schools, graduating from Glen Cove High School in 1948.

His life changed drastically four years later, in 1952, when he was drafted and deployed to Korea.

He spent roughly a year in the conflict, where he served in the scout section of the Third Infantry Division’s Third Reconnaissance Company. He led patrols during combat with 90 percent of those patrols taking place at night.

During his time in Korea, Farnan also befriended John Eisenhower, son of the World War II general and president, who was the intelligence officer attached to the Third Reconnaissance Company. Farnan would also fight in two of the major battles of the war, at Outpost Kelly in September of 1952 and at Jackson Heights in October of that year.

At the time, the United States military had a points system for sending soldiers home; by accruing enough points through serving on patrols or on the front, soldiers were able to return home in as little as nine months. Due to Farnan’s role as a member of an elite scout unit however, he stayed even after accumulating enough points within his nine months, and would only return home after the armistice was signed in 1953.

When Farnan returned to Glen Cove in 1954, he attended college on the GI Bill and with a partial football scholarship. He attended Adelphi University, where he got his bachelor’s degree as well as a master’s in education administration.

Farnan’s first job after college, which he actually began while still a student, was as one of the first football and basketball coaches in the North Shore School District. He would spend the first 12 years of his academic career as a coach, teacher and administrator at North Shore before continuing on to work at other school districts in the area.

During that time, he met and married his wife, Joan Martin, known to friends, family and neighbors as Mitzy, a registered nurse who died in 2013. With Mitzy, Farnan had three sons in Glen Cove, Kelly, named after the battle his father had fought in, Grady and Logan.

In the early 1980’s, Farnan joined the Glen Cove Veterans of Foreign Wars Post 347, and began dedicating more of his time and energy to promoting and supporting his fellow veterans. He would even go on to serve as commander of the post for several years.

When the post burnt down several years ago, it was a double blow for him. His father, who had worked as a bricklayer, had actually helped build the post after first moving to Glen Cove in the early 1920’s.

According to Fred Nielsen, a fellow member of VFW Post 347, Farnan has long served as a mentor and source of wisdom for his fellow veterans.

“Ben is truly a pillar of the community, and he has such a magnificent history,” Nielsen said. “He was an educator, and because of that, his mind has been something we’ve all taken pride in and sought advice from.”

At the end of the day, Farnan still takes a deep pride in not just his own service, but in the service and sacrifice of all the men and women who have served since 1776. He said it was all worth it to defend the Constitution, keep Americans safe and keep the American Dream alive.

“I honestly believe that the experiment that our Founding Fathers had, to organize and develop a democratic republic, in order to be successful, needed a strong constitution to provide these freedoms,” Farnan explained. “I believe this document, our Constitution, has stood the test of time.”